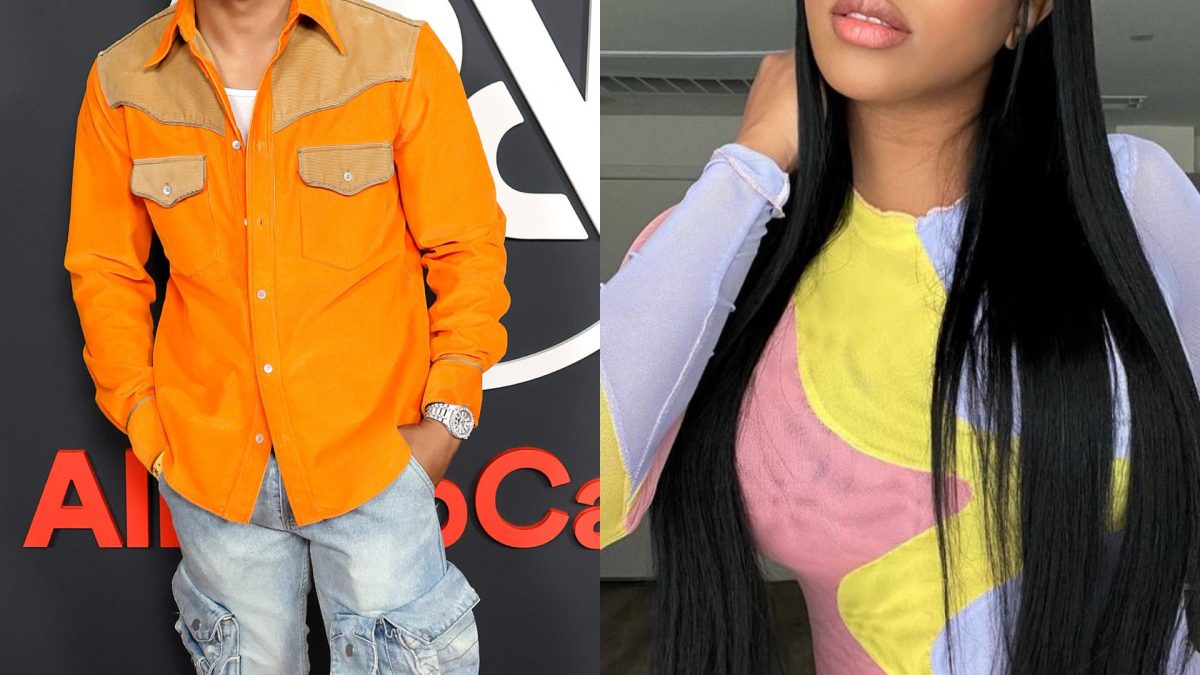 “You just gotta be worth it!” The innanet is buzzin’ after rumors circulate that YK Osiris is expecting a baby with his former bae, Nastassia Thomas, aka Stassia from “Love and Hip Hop Hollywood.” The former cast member dropped a photo showing off her belly at nine months, capturing everyone’s attention!

Stassia’s Instagram immediately began filling up with comments showing her well wishes. However, some did question who the pappy is. With so many people talking online, we had to get the tea! A source close to the situation confirmed that Stassia is carrying YK’s child. If you recall, The Shade Room Teens reported that the pair were boo’d up in October 2020.

The Roommates had a mixture of opinions regarding YK’s new upcoming addition to his family! One brought up the age differences writing, “I thought she was like 40 years old.” According to Famous Birthdays, the Los Angeles native was born September 5, 1983, and is 38 years old. YK was born on September 7, 1998, and is 23 years old. Another comment that popped up a lot was reminding folks of Stassia’s previous relationship with Marcus Black. “Brooke finna have a field day,” one wrote.

In August 2018, viewers watched how the love triangle played out between the two and Brooke Valentine. Brooke wouldn’t let Stassi get in the way of her man. In one episode, following a pregnancy scare with Marcus and Stassi, Brooke was happy to find out she wasn’t expecting. The ‘Girlfight’ singer screamed, “Sorry it had to end in front of the free clinic.” It looks like the best woman won as Brook and Marcus are married and have a daughter named Chi.

At this time, the relationship status between Stassi and YK is unclear, but we’ll be keeping our eyes peeled! Congrats!