Home > Shopping > Spending slows in September due to cost-of-living concerns, yet ‘insperiences’ receive a boost as Brits spend more time at home 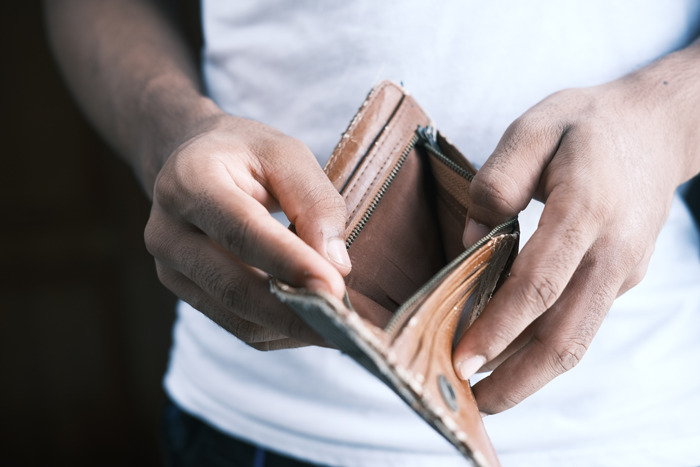 Spending slows in September due to cost-of-living concerns, yet ‘insperiences’ receive a boost as Brits spend more time at home

Consumer card spending grew 1.8 per cent year-on-year in September – the smallest uplift since February 2021, and well below the 9.9 per cent rise in consumer price inflation – as Brits cut back on discretionary purchases in response to rising living costs. However, the arrival of autumnal weather has encouraged Brits to spend more time enjoying evenings at home, resulting in a boost for at-home categories such as takeaways and digital content.

Data from Barclaycard, which sees nearly half of the nation’s credit and debit card transactions, reveals that spending on essential items grew 3.3 per cent compared to the same period in 2021 – the smallest rise this year. This muted growth was largely due to supermarkets only seeing a small uplift (2.8 per cent), as well as food and drink specialist stores falling back into decline (-3.7 per cent) after a 0.6 per cent growth in August – a sign that consumers are being more selective about the essential purchases they make.

Additionally, over two thirds (67 per cent) of Brits say they are looking for ways to reduce the cost of their weekly shop. Of these shoppers, 43 per cent are paying closer attention to the prices of items they buy regularly, 40 per cent are cutting down on luxuries or one-off treats for themselves, and 36 per cent are purchasing own-brand or value ranges in supermarkets.

Spend on fuel saw its smallest uplift (11.1 per cent) since March 2021 (a drop of -12.9 per cent), likely owing to the average price of fuel falling gradually in recent months, as well as drivers reducing the use of their own cars. To save on petrol and diesel costs, 13 per cent have started to walk or cycle to work, while a similar proportion (12 per cent) are using public transport more often.

As the colder weather started to set in and energy prices continued to escalate, average spending on utility bills was up 48.0 per cent in September, higher than the growth seen in August (45.2 per cent) and July (43.9 per cent). The energy price increases in October are leading nine in 10 (91 per cent) Brits to feel concerned about rising household bills, while an additional 65 per cent are finding ways to save energy at home to combat higher utility bills.

Spending on non-essential items grew 1.0 per cent year-on-year, significantly less than last month (3.6 per cent), and a new low since February 2021 (-17.5 per cent) when the second Covid-19 lockdown measures were still in place. This is likely due to a combination of inflationary pressures alongside the boost in spending seen last year when restrictions lifted.

This comes as over half of consumers (53 per cent) say they are planning to cut down on discretionary spending so they can afford their energy bills throughout the autumn and winter, with the majority of Brits in this group cutting back on eating out at restaurants (60 per cent), buying new clothes and accessories (59 per cent), and drinking in pubs, bars & nightclubs (47 per cent).

To save money, many Brits (51 per cent) are planning to spend more evenings at home over the coming months; opting to play board games (25 per cent), stream films and box-sets (20 per cent), and play video games (19 per cent) rather than go out.

This, combined with the arrival of autumnal weather, perhaps explains why some ’insperience’ categories enjoyed a boost in September. Spend on takeaways and fast food saw its highest rise (10.1 per cent) since March this year, while digital content and subscriptions, including gaming and sports streaming services, saw growth (1.6 per cent) for the first time in eight months – possibly tied to new video game releases such as ‘FIFA 23’, or pre-orders for popular titles such as ‘Call of Duty: Modern Warfare II’.

The entertainment sector also enjoyed an uplift, rising 1.3 per cent after seeing a slight dip last month (-1.3 per cent), likely due to Brits taking trips to the theatre and attending live music events in the last weeks of summer.

Despite ongoing inflationary pressures, confidence in household finances has remained steady (59 per cent) since last month (60 per cent), though this is a notable decline from the level of confidence two months ago (66 per cent) and an even steeper drop compared to a year ago (68 per cent).

Esme Harwood, Director at Barclaycard, said: “Energy price increases are understandably causing concern for Brits, as they worry whether they will have enough money to cover their household bills.  Consumers are taking a savvy approach to budgeting as they reduce spending on discretionary items and seek more value in their weekly shop, which is having a knock-on effect on retail and hospitality sectors.

“However, Brits are also looking for ways to enjoy themselves at home while saving money, which has led to growth across “insperience” categories such as digital subscriptions and takeaways. It is likely to remain a challenging time for many other sectors as consumers focus on essential spending and businesses continue to navigate inflationary headwinds.”

Makala Green, Financial Expert and Author, said: “To ensure consumers can manage their budgets during this challenging time many will be weighing up whether they can afford certain nice-to-have purchases and experiences, such as buying new clothes or going out to eat. Categories like restaurants, pubs and clothing retailers are already seeing a decline in demand, as consumers focus on keeping cash in their pockets to cover essentials such as energy bills and weekly shopping.

“As the busy festive shopping period approaches, and the impact of rising energy bills starts to take effect, cost-saving behaviours will become even more crucial as Brits look to keep their finances in check.”