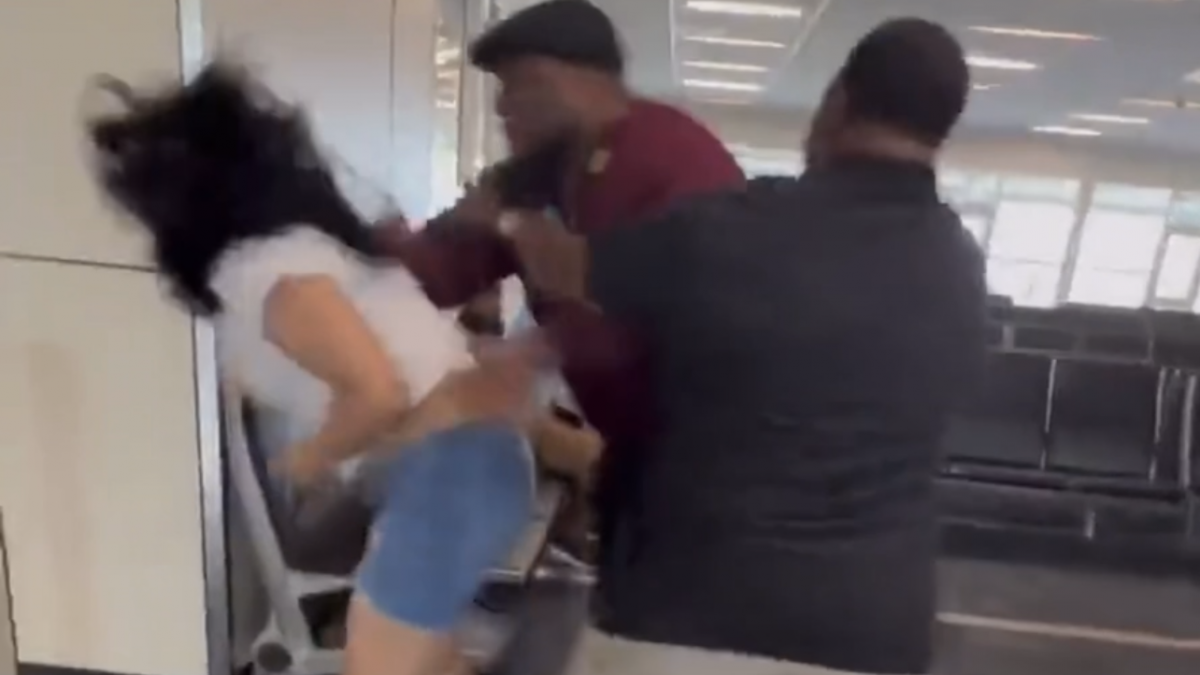 Whew! A Spirit Airlines employee has the innanet talking and his job looming after a video of him engaging in a physical altercation with a female passenger started going viral online. The footage shows the man and woman in very close proximity to each other and it’s clear that the incident started well before cameras started rolling.

During the incident, which went down at Dallas Fort Worth Airport, the woman can be heard calling the Spirit employee a variation of expletives including “f*ggot,” “n*gga,” and “b*tch.” The man continuously states that the woman put her hands on him, and once she did so for a second time, he returned the favor.

Spirit Airlines responded to the video on Twitter, revealing that the employee has been suspended.

We are aware of this altercation. Our vendor at DFW has suspended the agent. Spirit Airlines does not tolerate violence of any kind, and we are working with local law enforcement to investigate this matter.”

Once the man landed a punch to the back of the woman’s head, other men present at the scene jumped in to stop him from proceeding to hit her again. The incident sparked an online debate about whether or not men who are physically assaulted by women deserve to get their lick back.

My thoughts are if a dude is standing around just watching while I’m being assaulted and only wants to step in when I’m ready to fight back then he can get it too.

No one tried to stope her but when they say he was about to get her they came out of no where. SMH she needs to be held accountable.

Who do y’all think was wrong in the situation?