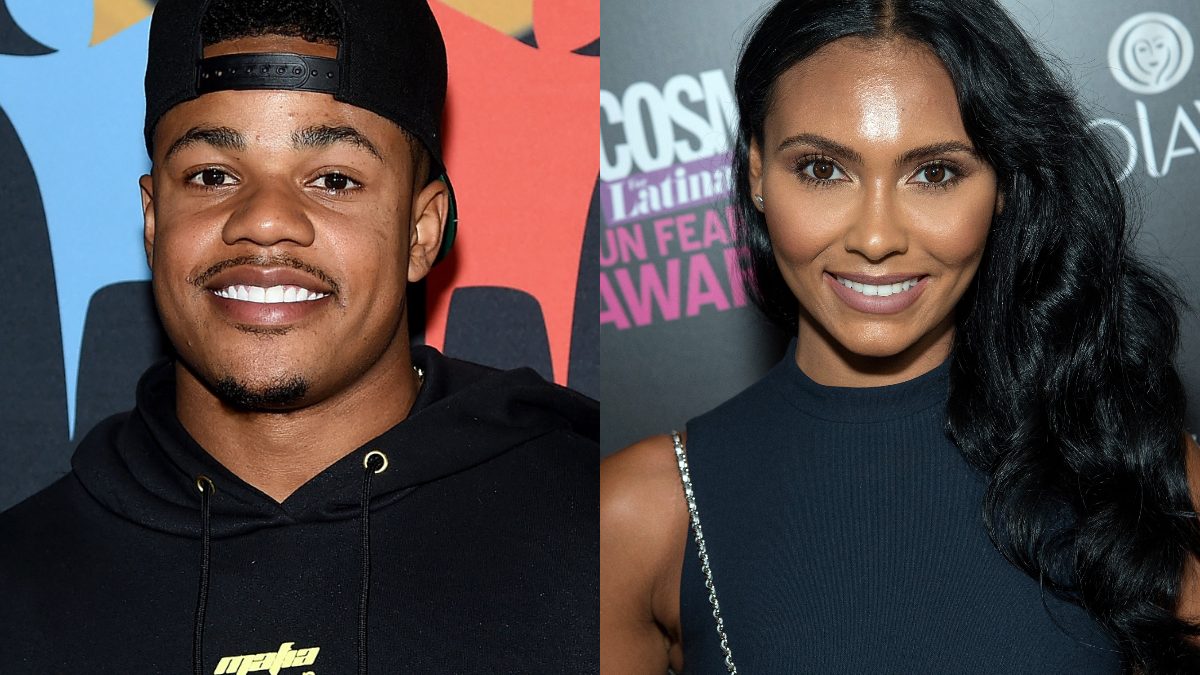 The 29-year-old father of two debuted his relationship with Shaniece Hairston, known to many as the daughter of Basketball Wives star Evelyn Lozada. Shaniece, 29, looked intimate in the photo with Sterling while sitting on his lap in a slinky silver mini-dress and metallic heels.

Shaniece and a model and influencer who appeared on Basketball Wives and Livin’ Lozada with her mother.

How long the romance between Sterling and Shaniece has been brewing is still a mystery to followers but friends like Victor Cruz and Cassie’s husband Alex Fine left positive comments for the couple, seemingly not surprised at the reveal. Cruz commented on the athletes post, “There he is!” Fine left a “Shep!” comment, attracting dozens of likes.

Their romance news comes 10 months after Sterling filed for divorce from Iman.

The exes reportedly divorce over irreconcilable differences that ‘existed for at least six months’ prior to Shepard’s filing in January 2022, Page Six reported. Shepard requested joint legal custody of their two children, daughters Cali and Cassie.

Since the split, Chanel has moved on with another NFL star, Davon Godchaux, following her split from her husband. She debuted her new man on Instagram in April with a photo of them at Coachella, as Devon kissed her cheek from behind.

They still seem to be going strong.

Diddy Took Us All The Way Back With His Hits During His BET Awards Performance…With Tons Of Special Guests!