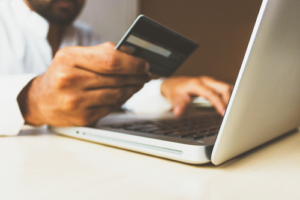 Data from Barclaycard, which sees nearly half of the nation’s credit and debit card transactions, reveals that spending on essential items grew 7.2 per cent year-on-year – its highest growth since December 2021 (8.9 per cent). Supermarket shopping saw its largest year-on-year uplift (4.7 per cent) since February 2021, while specialist food and drink stores returned to growth (0.6 per cent) for the first time in eight months. These uplifts are likely due to rising inflation, as well as the relaxing of all Covid restrictions in August last year which led more Brits to dine out in restaurants, rather than at home.

However, spending at supermarkets and food and drink specialist stores has declined compared to July 2022 (-3.6 per cent and -1.6 per cent respectively), with nearly half of Brits (47 per cent) seeking to obtain more value from, or to reduce the cost of their weekly shop. Of these shoppers, over half (55 per cent) are cutting down on luxuries or one-off treats for themselves, and a similar proportion (53 per cent) is buying budget or own-brand goods over branded items – an increase compared to July’s data (52 per cent and 47 per cent respectively).

Spend on fuel rose 23.9 per cent, its lowest growth in 12 months, owing to a slight decline in petrol and diesel prices and drivers opting to reduce vehicle use to save money. More than one in 10 (13 per cent) workers are choosing to walk or cycle to work instead of driving due to rising fuel costs, and one in 10 (11 per cent) has started to commute by public transport.

Average spending on utility bills was up 45.2 per cent, greater than the growth seen in July (43.9 per cent) and June (39.6 per cent) this year. Higher prices have led 93 per cent of consumers to feel concerned about household bills, with 45 per cent of this group also reducing energy consumption at home to help combat increasing costs. Concerningly, 28 per cent feel their personal finances are currently not sufficient to cover their energy costs, and looking ahead, this rises to (39 per cent) when factoring in the upcoming energy price rise in October.

Spending on non-essential items grew 3.6 per cent year-on-year – the lowest growth since February 2021. As a number of categories saw declines, Brits admit to being more selective about their discretionary purchases, with 31 per cent now assessing whether every individual purchase is necessary amid the cost-of-living squeeze.

Clothing retailers saw a noticeable decline (-1.9 per cent year-on-year and -10.7 per cent month-on-month) as did department stores (-4.3 per cent year-on-year and -7.7 per cent month-on-month). This comes as one in four Brits (24 per cent) is reducing the amount they spend on new clothes and accessories, with 37 per cent of these shoppers buying more from charity shops and 31 per cent using second-hand clothing websites to buy or sell items.

Pharmacy, health & beauty stores declined -3.5 per cent and electronics -0.2 per cent compared to July 2022, while home improvements & DIY was also down -2.0 per cent. However, furniture stores were a bright spot, rising 4.0 per compared to July, likely due to the start of summer sales at some major retailers.

Restaurants and bars, pubs & clubs enjoyed a reprieve in August, rising 6.6 per cent and 8.4 per cent respectively as Brits enjoyed socialising in beer gardens and dined al-fresco to make the most of the sunny weather.

The domestic travel sector also performed strongly, with summer staycations boosting hotels, resorts and accommodation by 4.1 per cent month-on-month. However, international travel has been more heavily impacted by rising costs, with travel agents and airlines declining -5.0 per cent and -2.6 per cent respectively, possibly due to holidaymakers booking breaks earlier in the year and those booking last-minute trips choosing to cut back on getaways abroad.

The energy price increase in October is also weighing on consumers’ minds, with 32 per cent planning to cut down on discretionary spending to afford energy bills during the autumn and winter and 21 per cent reporting they can no longer afford small luxuries as a ‘pick-me-up’. Many feel the worst is yet to come, as 82 per cent believe the cost-of-living will continue to rise, while 20 per cent cite increasing costs as having a negative impact on their mental health.

Despite the challenging outlook and ongoing headwinds, 60 per cent of consumers remain confident in their household finances, albeit down on last month’s 66 per cent. This relative stability may be owing to changes many have made to their spending behaviour to offset rising costs (26 per cent) in preparation for the months ahead.

José Carvalho, Head of Consumer Products at Barclaycard, said: “The cost-of-living is clearly leading Brits to cut-back on some non-essential purchases to ensure they can afford the increasing costs of their weekly grocery shop and household utility bills. Yet, despite these inflationary pressures, consumers have still been keen to enjoy the summer weather by eating and drinking out and going on staycations with friends and family.

“However, an energy price rise on the horizon means the majority are understandably very concerned about whether their finances can stretch far enough to afford rising household bills. Many Brits plan to continue cutting back on their discretionary spending during the autumn and winter, while adopting a resourceful approach to saving money in order to weather a challenging period ahead.”

Makala Green, Financial Expert and Author, said: “The current cost-of-living crisis is arguably the biggest squeeze on living standards in decades. While it’s encouraging that many Brits have enjoyed the last of summer by going on staycations and supporting pubs and restaurants, the winter months ahead will place new pressures on personal finances and budgeting.

“It’s going to be incredibly important for those really feeling the pinch to pay extra close attention to their outgoings. A simple but effective way to do this is to start by reviewing and readjusting your monthly budget – at the beginning of each month, write down the cost of your essential expenses like your rent or mortgage and bills, then review all other expenses to ensure you are not overspending or paying for things you no longer need.”

Tim Hortons doubles drive-thru estate across UK in one year