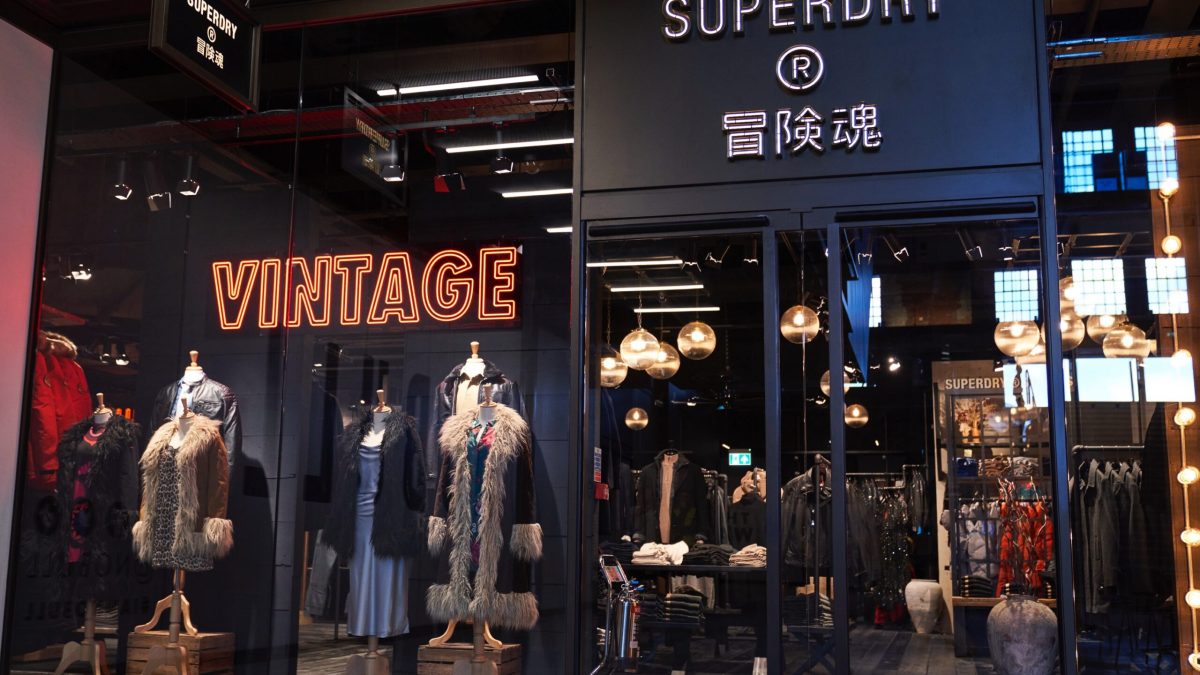 Superdry is among the first wave of an array of British and international brands shoppers can now find inside Battersea Power Station’s Turbine Halls. The London Landmark opened its doors to the public for the first time in history, on Friday 14th October. After almost 40 years, the power is back on and set to become one of the city’s most exciting retail and leisure destinations.

Superdry opened its 5,676 sq. ft store on the ground floor, joining the first tranche of over 100 shops, bars, restaurants, and leisure venues, including other leading retail names such as lululemon, Uniqlo and Mango, as well as designer favourites, Hugo Boss, Mulberry and Ralph Lauren. Known for iconic outerwear, boundless creativity, and vibrant attitude, Superdry combines classic style with contemporary culture. Inspired by London thrift stores and vintage Americana, the new store stocks the brands authentic apparel collection; inclusive of glitzy partywear, Vintage Nike and Organic Denim, alongside a full range of accessories. The opening adds to Superdry’s global presence with over 740 stores in 61 countries.

Julian Dunkerton, Superdry founder and CEO, commented on the opening: “Being a British brand, it’s great to have a store presence within such an iconic London landmark, opening its doors to the public for the first time in history, which Superdry is proud to be part of. Battersea Power Station will attract visitors from across the globe, offering both incredible leisure and strong retail business. We are excited to be expanding Superdry’s UK store collection within one of London’s hottest retail and leisure destinations, as well as increasing our presence within the capital”.

The building’s retail offering is housed in the Power Station’s two newly restored, historic Turbine Halls, which although identical when viewed from the building’s exterior, are completely unique in their interior design. Turbine Hall A reflects the lavish Art Deco glamour of the 1930s when the Power Station was built, whereas Turbine Hall B which was completed in the 1950s, has more of a brutalist, industrial look and feel.

The historic opening creates over 2,500 new jobs, with a total of 20,000 jobs once the whole 42-acre project has been completed. With the Northern Line extended to give this new riverside neighbourhood its very own Zone 1 London Underground station, Battersea Power Station is now within 15 minutes of the West End and the City and is expected to draw visitors from across the capital and the globe, becoming one of London’s most visited destinations.

Ivermectin Still Getting a Bum Rap