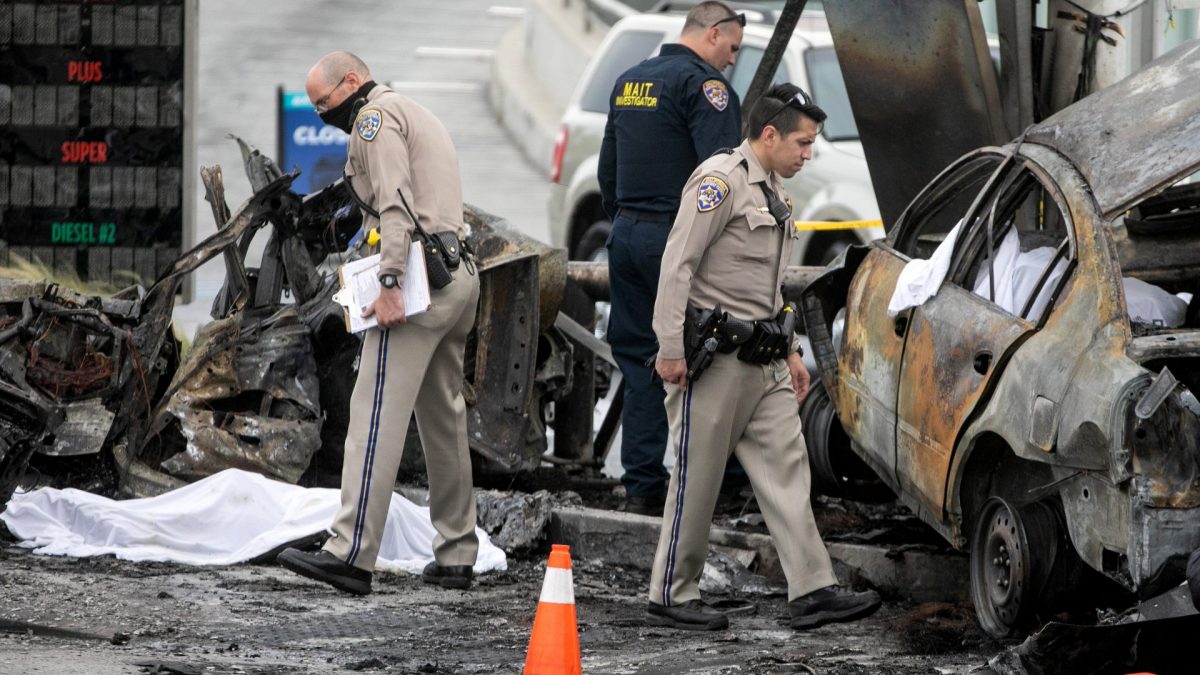 Roommates, “La Brea” is trending on Twitter as more details about the tragic car crash in Windsor Hills emerge. As previously reported, the tragic incident left six people dead and eight others injured. The woman responsible for the crash has been identified as 37-year-old Nicole Lorraine Linton. According to NBC LA, Nicole was identified by multiple law enforcement sources as a nurse from Texas. The woman will be booked after she’s released from a hospital where she’s being treated for injuries she sustained in the wreck.

As we previously reported, the high-speed crash happened around 2 p.m. Thursday at the intersection of Slauson and La Brea Avenue, when Nicole’s Mercedez-Benz ran a red light at an accelerated speed. Footage of the deadly accident was captured by a security camera at a gas station nearby. One of the victims in the crash has been identified by the Los Angeles County coroner’s office as pregnant 23-year-old Asherey Ryan of Los Angeles.

Family members confirmed that Asherey’s infant son was also killed. The family has created a GoFund Me account to fund funeral costs. Asherey’s sister, Sha’seana Kerr, created the account and wrote, “On August 4, 2022, the worst thing occurred. We lost Asherey Ryan, her 11-month-old son Alonzo Quintero, her unborn child, and the father Renald Lester to a tragic car accident on Slauson and La Brea.”

It continued, “We need help with funeral expenses because they did not have insurance, so any donations help. Please let the family mourn in peace.” The family is looking to raise $100,000.

Currently, the other victims’ names haven’t been released. Nicole will be booked after she’s released from Ronald Reagan UCLA Medical Center.

Our thoughts are with those affected by this fatal accident.