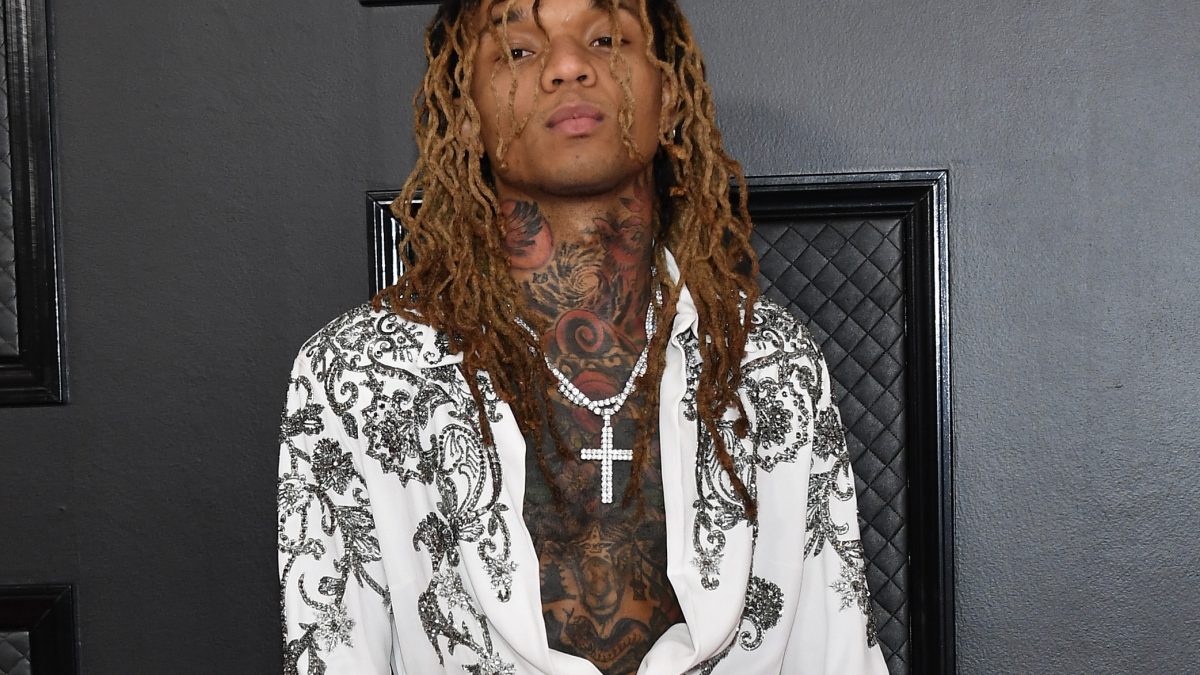 
Swae Lee is reportedly seeking joint custody of a “secret” one-year-old daughter he had with a Brazilian model and filing legal documents in Los Angeles on Monday seeking 50/50 guardianship, with the mother of the child claiming he’s kept hush about the child because having a “white baby with a Brazilian mother is not good for the hip hop community.”

The news comes just just weeks after news of his current girlfriend’s pregnancy with what was initially believed to be his “first” child, as reported last week.

The 29-year-old Rae Sremmurd rapper allegedly fathered the child with Aline Martins in 2020, according to TMZ. Lee announced he was having a child with Victoria Kristine in August.

Martins did not take too kindly to the media reporting Lee’s upcoming child with Kristine as his first, lashing out in a recent Instagram Story.

She went so far as to say that the platinum-selling artist never posted pictures or anything about his daughter “because it’s not good for the hip hop community having a white baby with a Brazilian mother.”

“The @swaelee having his first child news ya’ll,” she wrote with a crying laughing emoji. “He never posted his daughter because it’s not good for the hip hop community having a white baby with a Brazilian mother!”

Did someone say Queen? Because, Aline Martins is here and we can’t stop looking at her. OMP ID: 1102857. Know more about her here https://t.co/2SsdmgZYTN#OneModelPlace#Model#Miami pic.twitter.com/pScnxfTjsI

In the August 30 post, Martins accused Lee of only trying to get custody of their daughter so he won’t have to pay child support.

“But should he should not post that he is trying to get custody of her to not pay child support right? When he don’t even see her. When he literally comes here, he doesn’t even say HI or BYE to his daughter, doesn’t even look at her face, doesn’t even FaceTime!”

The outlet reports that Lee has been giving Martins money for the child, however she said she was $15,000 in debt from prenatal care, along with rent and other expenses.

Swae Lee’s Baby Mother Lashes Out At Him, But Wants Him To Be A “Present And Loving Father”

The Brazilian model continued to lash out at Lee, writing that “now he’s gonna act like he has a family on Instagram, while he’s living in Miami so he can have all the girls he wants!”

“Now he’s gonna act like he has a family on Instagram, while he’s living in Miami so he can have all the girls he wants!” Martins wrote. “And don’t be on my page waiting for me to be posting notes about this man. Cause he don’t deserve one word.”

In a recent interview with a Brazilian publication, Martins did speak on her hopes he would be in their daughter’s life, saying “I would like him to give love and be a present father.”

“I would like him to give love and be a present father, but I won’t be humiliating myself either. I think my daughter doesn’t deserve that,” Martins told a Brazilian publication.

Swae Lee and his girlfriend Victoria Kristine at their baby shower🍼👨‍👩‍👦 pic.twitter.com/kyjKnJIe83

The news comes just weeks after news of the pregnancy of Lee’s current girlfriend, after the couple announced it late last month in a series of Instagram posts.

“Our little wild one is on the way. SON OTW @swaelee” Kristine wrote in an Instagram story.

Photos of the couple posted on August 30 show the couple smiling and kissing for what appeared to be a baby shower. Martins wrote her scathing Instagram Story that same day.

Kristine appeared to be quite pregnant in the photos, and seems to be nearing her due date.

Meanwhile, Lee apparently gifted Kristine a new Land Rover, a picture of which she posted alongside the pregnancy announcement.

Lizzo Names Tina Turner In Response To Critics Of Her Success