Home > Entertainment > T.I. & Tiny’s Son Arrested, Fans Call Him Out For “Trying To Be Gangsta” 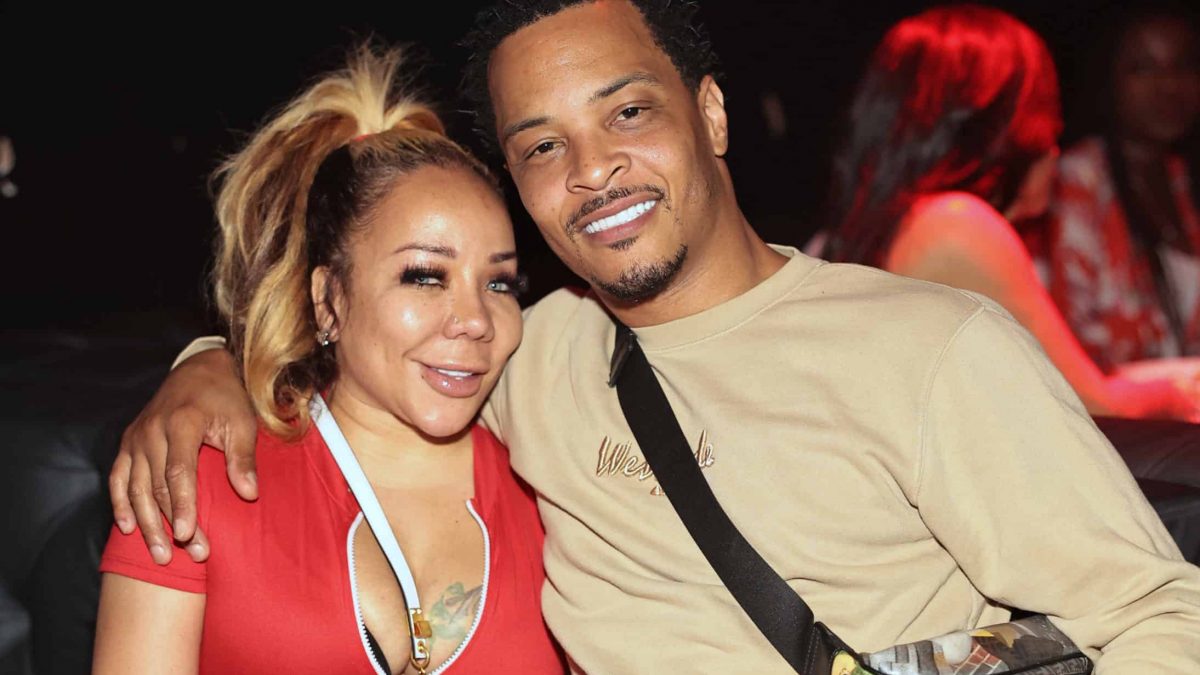 Rapper T.I. and wife Tiny‘s son King has reportedly been arrested, according to reports, with the news coming amidst a recent backlash from fans on Instagram, who called out the teen for “trying to be gangsta.”

On Wednesday evening, a mugshot began circulating online of King Harris, 18, however knowledge of his charges or arresting agency were not immediately known as of Thursday.

Harris, who apparently has already been released from custody, posted a video on IG after his arrest saying “everybody that say n***** tryna be gangsta. I ain’t ask for the police to pull me over, y’all b******* a** n*****.”

“I Ain’t Ask For The Police To Pull Me Over” Son Of T.I And Tiny Says After Arrest

The son of hip hop and reality TV royalty Tip Harris (T.I.) and Tameka Harris shot back at critics and seemed to brush the arrest aside in a separate ID post: “I’m bacc. F*** 12!! A lil minor set bacc (for) a major come bacc,” he stated, accompanied by a photo of him putting up a middle finger.

Commenters did not hesitate to call Harris out for his “privileged” upbringing, with one user telling the teen “bro, chill, you’re PRIVILEGED. (Not) that there’s anything wrong with that.”

“You’re PRIVILEGED bro chill, it’s nothing wrong with that,” one user wrote. “Boy, you is a suburban kid,” a second opined.

Another commenter noted “he wanna be “gangsta” so bad.” A third wrote “boy, you is a suburban kid.”

“He wanna be “gangsta” so bad 😂” one person said of Harris. “He a privilege kid that wanna be hard & know he can get away because he got money behind him,” another commenter wrote.

A different commenter added that the teen “knows he can get away because he got money behind him.”

Harris father has a net worth of $50 million, according to AfroTech, and Tiny holds up pretty well herself with an estimated net worth between $3 million and $5 million, per Celebrity Net Worth.

The teen has previously appeared on his parent’s VH1 reality series “T.I. & Tiny: The Family Hustle,” and has over 750,000 followers on his the_next_king10 Instagram account.

He has also released music under the rap name Kid Saiyan.

While there is still no word yet on why King was arrested, he has reportedly already bonded out. The teen just celebrated his 18th birthday last week on August 25.

Largest Listing on the BSE Startup Board As Infurnia Files for IPO. Issue Opens on September 6

Nylon Magazine Gives Kim Kardashian Credit For The Side Part