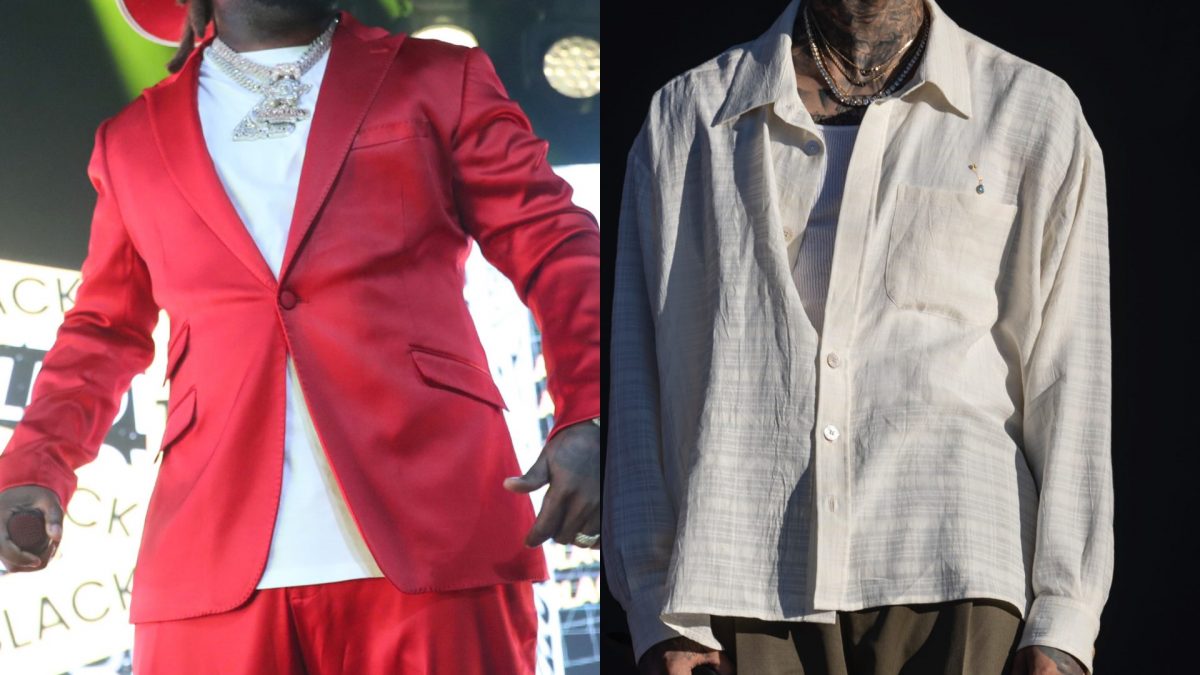 Is it givin’ princess?! Roommates, T-Pain recently shared his opinion about Chris Brown after the singer complained about not receiving enough support for his newest album ‘Breezy.’ While talking to DJ Akademiks on Twitch, T-Pain said that although Chris is his man, his frustrations come from what he described as the “Princess Complex.”

“I know what his faults are,” he said. “The Princess Complex is not only when you get what you want, but you get the accolades of a pretty person for doing absolutely fu***ng nothing and just being pretty. The second that the first real muth******r comes to you and says, ‘Hey, you ain’t that fu***n’ pretty,’ it’s over.”

He continued explaining that Breezy’s frustrations make him lash out at the wrong people instead of looking inward. The “Buy You A Drink” singer said that Breezy blamed his fans for not supporting him as they’ve done in the past. “Now it’s like, ‘Y’all must’ve done something wrong because I’ve done the same thing I’ve done every time, and the sh** gone crazy.” He added, “Y’all must have done something wrong. It ain’t me. I’m fu****g Chris Brown.’”

We’ll run it back if you missed Breezy’s initial comments. On June 4th, the VA native took to his Instagram, writing, “July 8th [Breezy] deluxe album, not that [it] matters.” “SEEMS LIKE YALL ONLY INVEST IN THE NEGATIVE STORIES ABOUT ME. CHRIS GETS IN TROUBLE (THE WHOLE WORLD IS ON it). Chris drops album…[cricket emojis].” In an additional post, the singer let everyone know he’s back on his “gangsta s**t.”

As of now, Chris hasn’t responded to T-Pain, but we’ll keep you posted!