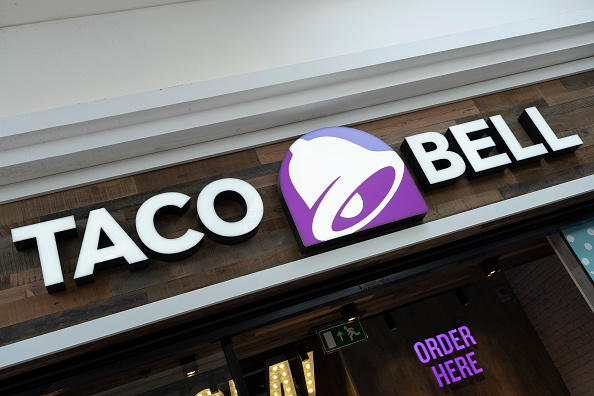 Two Texas women are suing a Dallas Taco Bell after a disgruntled worker threw boiling hot water on them for asking staff to fix an incorrect order, with one victim suffering burns so severe she was forced to take down mirrors in her home to avoid seeing her own face.

Court documents name the plaintiffs as Brittany Davis and her niece, identified only 16-year-old C.T., who visited the Taco Bell location in northeastern Dallas on June 17, according to KWTX.

The pair were locked in the store by staff during the confrontation when the incident occurred.

The lawsuit, filed on July 13, claims C.T.’s facial burns were so severe that her mother, Kira, had to remove all of the mirrors in their home because her daughter can’t “bear to see her own face.”

‘The Taco Bell store manager violently and without warning poured a bucket of boiling water over C.T.’s and Brittany’s heads, shoulders, breasts and legs, causing excruciating second and third degree burns on their body’ the lawsuit reads.

Shocking surveillance video of the incident shows as an employee filling up a bucket of water from the restaurants kitchen before walking to the counter and tossing the scalding hot water at the two women.

Dallas Taco Bell manager throws pitcher of boiling water at two customers who were unhappy with their order. The women suffered burns and are suing Taco Bell for damages. pic.twitter.com/Eg4U5MeL9R

Footage shows that same employee refilling the bucket again before once again throwing more water at them.

In a statement, Crump said that staff had locked Davis and her niece inside the restaurant as they tried to resolve an issue with their order, which was worth about $30, after the pair complained they received the wrong order three times.

The dispute began in the drive-thru window, but Davis and her niece went inside after receiving the wrong order. That’s when they claim an employee challenged the teen to a fight.

The confrontation went on for about ten minutes before the store manager intervened and threw the scalding hot water, court documents allege.

The two were eventually able to unlock the door and fled the restaurant, with an employee following them outside to laugh and taunt the family.

‘As this family was leaving the parking lot, a Taco Bell employee came outside the front door, laughing, clapping, and taunting the family,’ the lawsuit reads. ‘The burns on her face will cause discoloring and scarring that will forever impact her self-image.’

Their attorney added that one of the employees had a gun under his shirt, while another staff worker countered they were assaulted by one of the victims, according to the outlet.

NEWS ALERT: @AttorneyCrump and attorney Paul Grinke respond to newly released video of a horrific incident at a Dallas Taco Bell that left Brittany Davis and C.T. (a minor) with severe burns and trauma. pic.twitter.com/1gekBBhyWy

KWTX reports that Davis later suffered a seizure on the way to the hospital. Reportedly, she suffered ten seizures in total from the incident causing “significant” brain injury. She was later transported by helicopter to a burn unit.

A representative for Taco Bell said they are in contact with the franchise owner. They add, they “take the safety and wellbeing of team members and customers seriously.”

No arrests have been made as of Tuesday, however the Dallas Police Department has since referred the case to a grand jury, per KWTX.

Sister To R. Kelly Claims He’s The Only Victim Who Has Been “Lied On”