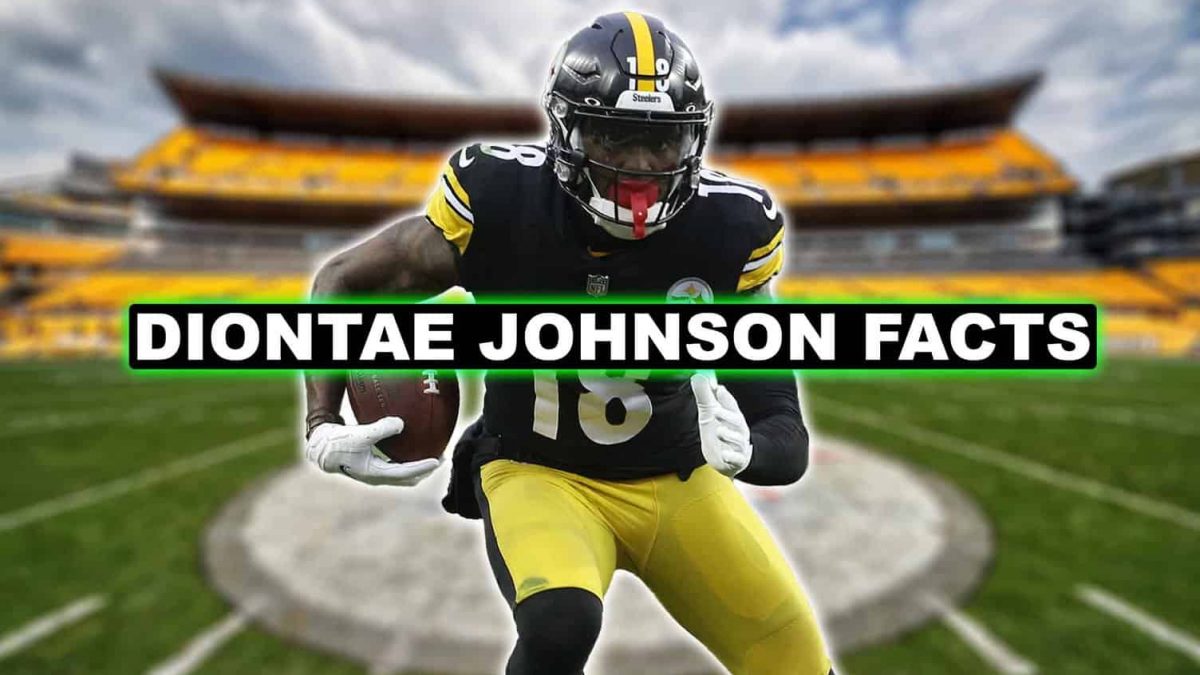 The 3 Best Facts to Know About WR Diontae Johnson

When the Pittsburgh Steelers selected Diontae Johnson in the third round of the 2019 NFL Draft, nobody thought he would be able to compete with or put up similar stats as the rest of his elite WR draft class. However, he has since turned into one of the best Wide Receivers in the league, quickly developing into a top-tier pass catcher. Paired with Hall of Fame Quarterback Ben Roethlisberger to start, Johnson was given a great opportunity to succeed early in his career.

Born and raised in Florida, Johnson took his talents to Toledo, where he played three seasons before declaring for the draft. His skills translated seamlessly to the pros, where his crisp route running and amazing athleticism transformed him into one of the top WRs in all of football. Saddled initially alongside JuJu Smith-Schuster and Chase Claypool, #18 didn’t truly get his time in the limelight until his third season, but he made the most of that time and took immense strides as a receiver.

Unfortunately, Johnson is often overshadowed by the other elite members of his draft class, like D.K. Metcalf and Deebo Samuel. However, he stamped his own legacy as one of the best pass catchers in the league once he got adjusted to the NFL. Although Diontae’s stats might not be up to par with the other wideouts in his draft class, Johnson has shown plenty of potential. Pittsburgh rewarded their promising young WR with a nice contract extension on August 4th, 2022 worth $36.7 million over two years, and Steelers fans hope he will continue his ascension.

Here are some of the greatest facts to know about Diontae Johnson:

The 3 Greatest Facts to Know About Xavier Rhodes