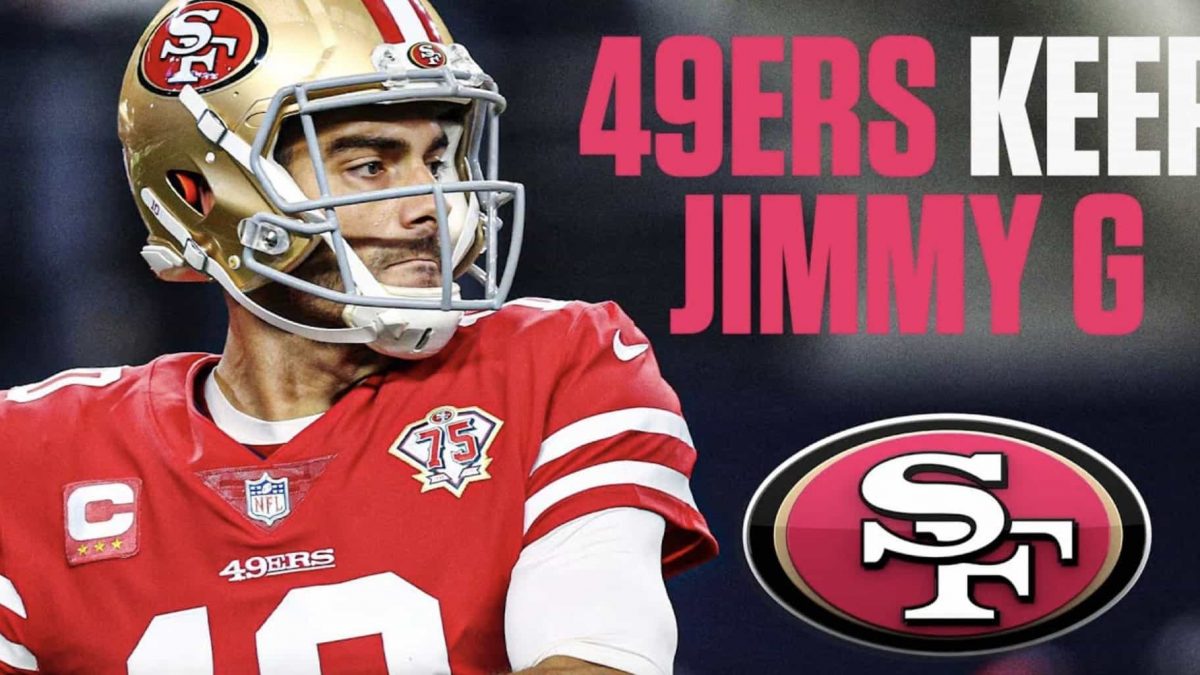 When Jimmy Garoppolo was drafted out of East Illinois by the New England Patriots in the second round of the 2014 NFL Draft, he was not initially expected to play a huge role on the team, especially being saddled behind legendary signal-caller Tom Brady who was entering his upper-30s. When Brady was suspended for the first four games of 2016, however, Garoppolo got a chance to show off his skills, and his trade value skyrocketed. Following three years in Foxborough, including two Super Bowl wins, he was traded to the San Francisco 49ers.

Once he reached the Bay Area, #10 was immediately named the starter and put the NFL on notice by becoming one of the most consistent and accurate passers in football. After missing more than half of his team’s games through the first two years, he started a full season in 2019, leading SF to a Super Bowl appearance as one of the NFL’s top Quarterbacks. While Garoppolo hasn’t been the flashiest or most talented passer in the league, he has certainly shown all the intangibles it takes to win including leadership, passion, and clutch capabilities.

During his career in SF, the Illinois native has been surrounded by plenty of talent, including All-Pros in WR Deebo Samuel and TE George Kittle. This has allowed him to maximize his potential and show what he can really do in a clever Kyle Shanahan-led offense, earning himself a $137.5 million payday in 2018. During the 2021 NFL Draft, however, the 49ers drafted young NDSU QB Trey Lance, and after failing to find a trade partner for Jimmy G, they restructured his contract to keep him in San Francisco for the 2022 season.

Here are some of the greatest records to know about Jimmy Garoppolo: