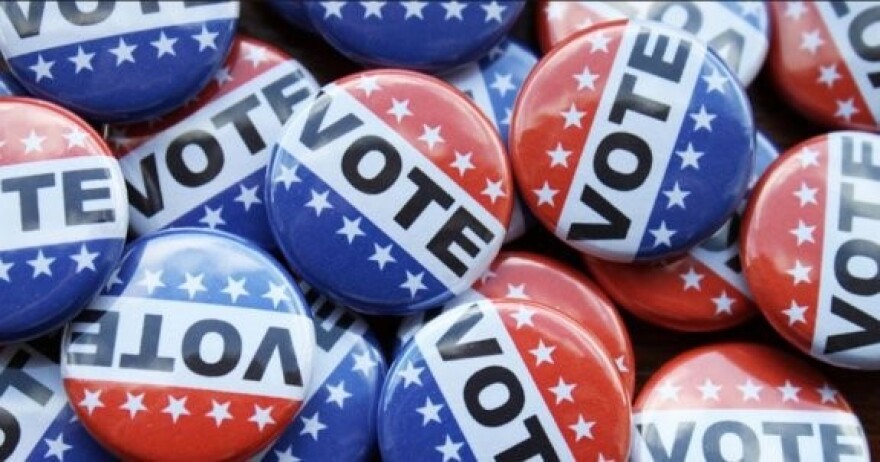 The case for term limits: Can’t fault candidates for experience

Let’s look at history. Ronald Reagan served as governor of California for eight years, then president for eight years. Would we have said he was a swamp monster after his first term as president? Of course not.

Donald Trump never served in any office prior to running for president — but now many of us think he’s right up there with Reagan as one of the best presidents ever. Hardly anyone talked about his inexperience, and they certainly don’t now.

The problem is there are some swamp monsters who need to go, but it doesn’t include everyone who has been in office a long time. Some are able to survive the pressures of schmoozing lobbyists and the cocktail circuit. And not all candidates new to office are clueless; some are extremely bright and savvy, worked in an area that gave them extensive political knowledge, and have other types of qualifications.

The candidate who is attacking someone for being in office too long may very likely be in that exact same position himself down the road, and he’s not going to bring that up as a problem about himself.

Two excellent conservative candidates in Arizona have come under those criticisms. One is Kari Lake, a former longtime Phoenix news anchor who is running for governor. But she immediately became the frontrunner in the race and remains so, outpolling all of her Republican primary opponents combined (including former Congressman Matt Salmon) for most of the race, in large part due to how savvy she is. As a newscaster, she became very familiar with politics, running a number one show for over two decades. She didn’t just walk out of high school and file to run.

On the other side, Arizona Attorney General Mark Brnovich is running for U.S. Senate, but a whisper campaign is being spread that he doesn’t have the fire in his belly, and he’s attacked for being part of the longtime swamp. However, he’s merely been in office for a little over seven years, hardly a lifer. People who know him well refer to him as the “Ron DeSantis of Arizona,” but since one of his opponents, Blake Masters, has an out-of-state Silicon Valley billionaire, Peter Thiel, behind him, and the other main candidate is also a billionaire, they have portrayed him as part of the problem. He’s reportedly sued the Biden administration more times than any other AG, but doesn’t get credit for it.

These aren’t the only lame criticisms that get thrown around at candidates. RINOs attack Lake for being a Democrat in the past. That criticism was also launched at Reagan and Trump. And Lake’s involvement as a Democrat appeared to be pretty minimal, a couple of relatively small donations in the mid 2010s.

Another criticism launched at candidates is any past history working for government. It doesn’t matter if it’s only been a few years of their career, and that position was a respectable job, such as a prosecutor, opponents will throw bombs. Brnovich worked as a prosecutor for much of his career — but he also worked as director of Constitutional Government at the Goldwater Institute.

A criticism that resonates with people emotionally is slamming candidates over wealth. It’s easy to attack them if you’ve never had money, there’s a natural resentment. They’re slammed for not understanding the problems that regular Americans deal with, for being born with a silver spoon in their mouths. But many of them came from poor upbringings and worked their way to the top — the real American dream — why should they be punished for that? And what if the choice came down to a raving, broke, leftist social worker versus a conservative who happened to be born into money? Plenty of Hollywood celebrities have come out and said they wished they had never been born into money, it’s caused so many problems for them.

Many of the Founding Fathers came from privileged backgrounds. One article refers to them as “America’s First One Percent.” Thomas Jefferson would have been considered a billionaire by today’s standards. George Washington’s father was a justice of the county court and the family owned hundreds of acres of land. James Madison’s father inherited and married into substantial wealth. John Adams went to Harvard at age 15. Alexander Hamilton attended Columbia University. Benjamin Franklin was wealthy enough to retire at age 42.

Like it or not, wealth is still extremely important in politics. The most hardworking, charismatic candidates find they often can’t compete against someone with millions. In Ohio, a lawsuit has been filed over Trump’s endorsement of J.D. Vance, accusing Thiel of illegally coordinating with Vance’s campaign to get Trump’s endorsement. Many conservatives were irate when Trump endorsed Vance over the solid conservative Josh Mandel.

So it came as no surprise when Trump endorsed Thiel’s other candidate Masters earlier this month over Brnovich. However, the candidates Trump endorses don’t always win; while he’s become far more selective in who he endorses, so far this year seven of his endorsed candidates in primaries have lost.

And finally, criticisms about celebrities running for office are similarly invalid to those attacking the wealthy. I predicted several years ago that we’d never get another Republican elected president unless a celebrity came along — and then came Trump. Similarly, Lake’s meteoric rise in the Arizona gubernatorial race is in part due to her name recognition as a local celebrity in the greater Phoenix area. And she’s proven to have rock solid conservative values.

So the next time someone criticizes a candidate for one of these traits, think about whether it’s really valid, or whether it’s being used to smear a real conservative.

Rachel Alexander
Rachel Alexander is a guest author for NRN, conservative commentator, and editor of the Intellectual Conservative. A recovering attorney, she frequently appears on TV and news radio. She previously served as an Assistant Attorney General for the State of Arizona, corporate attorney for Go Daddy Software, and Special Assistant/Deputy County Attorney for the Maricopa County Attorney’s Office.

Canada: Justice minister says ‘there’s no absolute right to own private property in the country’

Canada: Justice minister says ‘there’s no absolute right to own private property in the country’

‘Flat-Out Lie’: Herschel Walker Speaks Out On Reports He Paid For His Girlfriend’s Abortion