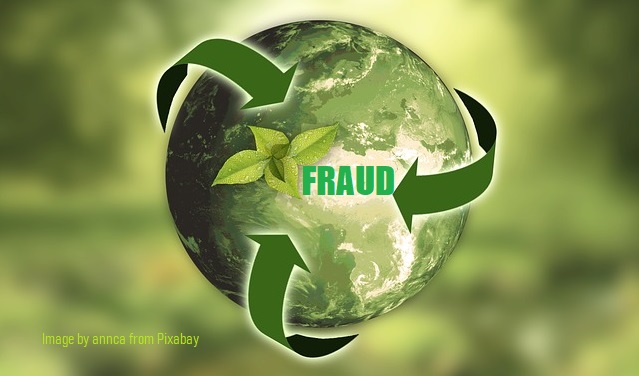 NPR accidentally told the truth, yesterday, and it’s a doozy:

The vast majority of plastic that people put into recycling bins is headed to landfills, or worse….  the amount of plastic actually turned into new things has fallen to new lows of around 5%…..  Waste management experts say the problem with plastic is that it is expensive to collect and sort. There are now thousands of different types of plastic, and none of them can be melted down together….  plastic trash has few markets — a reality the public has not wanted to hear….  “It’s not going to a recycling facility and being recycled. It’s going to a recycling facility and being landfilled someplace else because [you] can’t do anything with that material….”  That message has been difficult for the public to absorb with so many different bins in public spaces, and their own communities telling them to put their plastic in recycling containers…. “Politically it’s easier….’

This will come as a shock to all the greenie-weenies out there who let the Left sprinkle fairy dust all over them, inculcate them into the fake religion of environmentalism, and initiate them into the sacred rites of recycling.

But it was no surprise to me.  Years ago, I watched a local TV news report showing a recycling truck taking everything from recycling bins straight to the dump.  I’ve known recycling is all phony-baloney since then and now the NPR report confirms nothing’s changed.

The whole recycling thing is a fraud on the public, perpetrated by left-wing advocacy groups and politicians, designed to make you feel good about saving the planet.  How does it feel to know you’ve been manipulated by the Left every step of the way?  To know they’ve made you feel guilty – about destroying the planet with your plastic – for no good reason.  To know they’ve manipulated you into falling into line with their rules and directives that have no basis in reality.  It’s all been a complete charade.  How does it feel to know you’ve set these people up as authority figures in your life when they are really just charlatans behind the curtain pulling the levers of their pathetic little schemes and con jobs, just like the Wizard of Oz?  How does it feel to know you’ve been manipulated into supporting a useless exercise when the money could have been spent on something truly useful, instead?   To know you haven’t been saving the planet all this time – you’ve been serving the petty little personal purposes of your so-called leaders, purposes which come down to wealth and power for themselves.  How does it feel to know you’ve been dutifully recycling your plastic and they’ve been laughing all the way to the bank?  To know all you really did was hand power to scumbags and liars?  To know you took them at their word and they betrayed you?   They betrayed your trust just like a lover who cheats on you.

Now that your eyes have been opened – you gotta ask yourself: what else are they lying to me about?  How else have they betrayed my trust?  They’ve told you the polar bears are dying and that’s not true.  They’ve told you Arctic ice is disappearing when it’s actually increasing.  They’ve told you the planet is burning up when there’s been a 20-year pause in global warming and the planet was warmer centuries ago.  They lie, they fake their data, and they deliberately try to scare you to death.  The whole thing is make-believe, and you fell for it.

Why am I being so hard on you?  Because you’re screwing up the country, that’s why.   You’ve handed power to the worst possible scoundrels who will ride any horse they can find that will give them complete power over us and let them control every aspect of everybody’s life.  The Green New Deal is just the start.  They’re scheming to limit your travel to nothing, shut down most of the country, cut your food rations, make you eat bugs, and tell you how many pounds of clothing you can buy a year, or we will all burn in earthly hell.  From all of us who still love our freedom, thanks a bunch.  And it will all have been for nothing, except wealth and power for a tiny authoritarian elite.

So I urge you: think for yourself and come back to reality.  Look past the slogans and the demonization of anyone who opposes their schemes.  Leave the climate change cult and take back your life from the high priests of Big Green who want to turn off your brain and control you.  Dump this fake religion.  Don’t recycle it.  Just put it on a truck and take it straight to the landfill, where it belongs.

US Going Soft On Iran’s Oil Smugglers To Get Nuclear Deal Revived: REPORT

SHEFFIELD: Fed Scrambles To Get A Grip On Inflation While Manchin Hands Schumer A Green Spending Spree