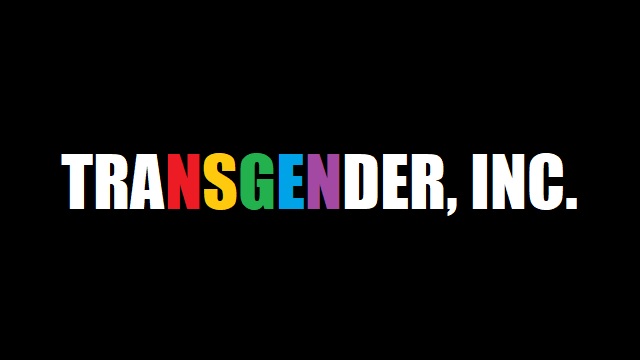 A doctor at Boston Children’s Hospital put out a video selling “gender affirming hysterectomies” for children with gender dysphoria.

Boston Children’s Hospital (@BostonChildrens) says that toddlers can know they are transgender. Some signs are refusing a haircut or playing with the opposite gender toys. pic.twitter.com/bEoWt1wI1l

Related procedures, like double mastectomies, are available at the Hospital to minors as young as 15 without parental consent.  Not to be outdone, Children’s Hospital of Pittsburgh is putting out videos promoting puberty blockers for kids.  Ca-ching, ca-ching.

The institutionalization of transgenderism is occurring, not only in children’s hospitals, but in the federal government and world medical societies.  The Biden administration spent one and a half million dollars to develop feel-good programs for transgender inmates.  It is also proposing a new rule to force private insurers to pay for children’s sex change drugs and surgery.  The World Professional Association for Transgender Health lowered its recommended age for transgender drugs by two years to age 14 and by one year for some surgeries to age 15.   Adults making choices in these matters is one thing, but there is a rush on to push life-altering transgenderism on kids who aren’t even legally competent to consent to a car loan.

That way lies trouble.  The FDA placed a warning label on certain puberty blockers after reports of tumor-like masses in the brain, high blood pressure, and eye paralysis.  Transgender advocates are trying to get to confused kids online, just like child sex predators, and telling kids how to get sex change drugs without their parents’ knowing about it.  Stories are piling up about how transgenderism is separating parents from their children.   Transgenderism is also ruining lives.  More and more stories are piling up about young people who regret going down the road with sex change drugs and surgery, many of whom now want to detransition.  [More here and here.]

Meanwhile, the transgender narrative keeps getting crazier and crazier.  Germany is weighing a plan to let people change their gender declarations annually for government purposes.  Transgender activists are pushing anthropologists not to identify ancient human remains as male or female.  A blood donor was turned away because he refused to answer the question whether he had ever been pregnant.  This insanity is getting institutionalized.  The dictionary definition of ‘female’ is now those who identify as the ‘opposite of male’.

But the institutionalization of transgenderism is not inevitable.  It’s possible to fight back and win.  Britain will shut down its only gender clinic for minors after an investigation found doctors there were skipping all the normal case assessments and rushing even 10-year-olds into sex change drugs.  We need a few investigations here.  I suggest we start with Boston Children’s Hospital and Children’s Hospital of Pittsburgh.  Ca-ching, ca-ching.

Brigham Young University stopped offering voice-coaching services for transgender clients at its speech clinic.  But it’s really Florida that’s showing the way.  Florida will prohibit Medicaid coverage for sex change surgeries and drugs, starting August 21st.   The Florida medical board is moving to prohibit doctors in the state from providing sex change drugs and surgery to minors under 18.  Victories like these are possible in your state.  If you don’t know how to organize, contact me at [email protected] and I’ll put you in touch with people who do.

The post The Institutionalization of Transgenderism appeared first on Dr. Rich Swier.

China Just Turbo-Charged Its Tech Sector. Is The Biden Admin To Blame?

FLORIDA: It took over 6 years and 9 months to bring to trial a teacher accused of being a sexual predator. Why?