Home > Entertainment > The MTV VMAs Had A Collection Of Viral Moments That Had Everyone Talking! 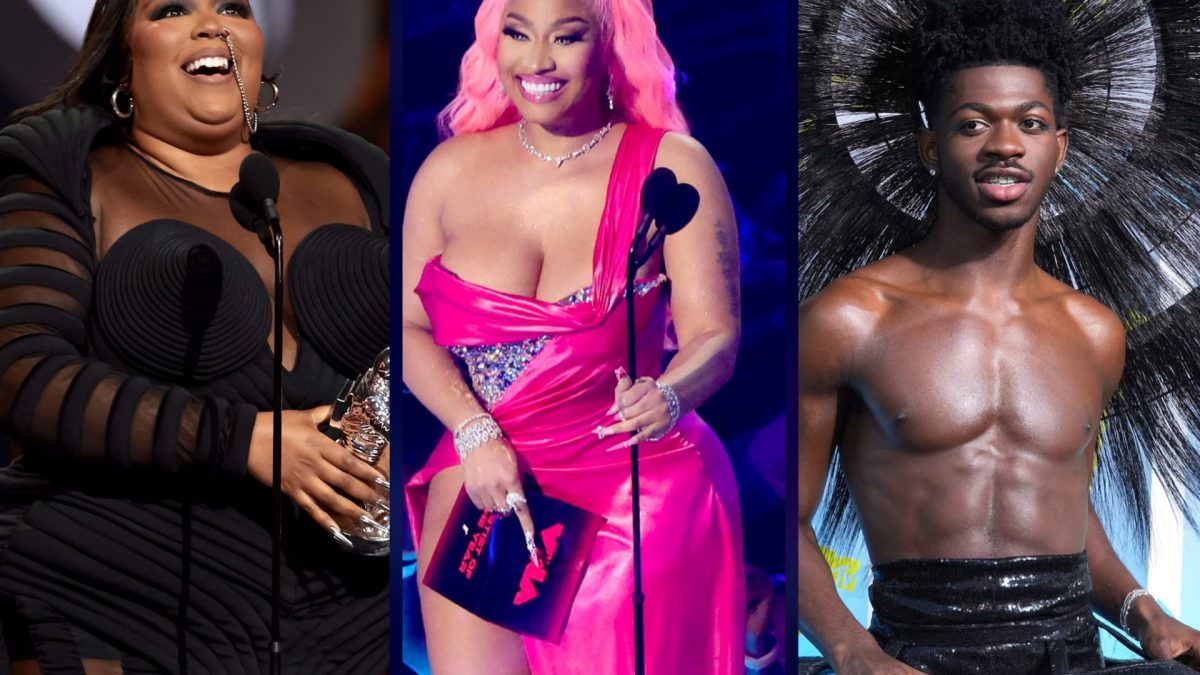 The MTV VMAs Had A Collection Of Viral Moments That Had Everyone Talking!

The MTV VMAs are known for creating pop culture moments every year, as celebrities show up, show out and give us memories that last forever. Without fail, this year’s MTV VMAs were no exception and thanks to A-list names like Nicki Minaj, Lil Nas X and Lizzo, there were enough show-stopping moments to go around.

Before the show even started, Lil Nas X did what he does best—which is absolutely shutting down the red carpet with a jaw-dropping look. This time, he managed to up the ante once again, as he showed up wearing a two-piece black ensemble made of hair, complete with a full skirt a matching headpiece. Underneath, he kept things slightly more simple with fitted black leather pants and boots. However, that was only the start because during the show he made a quick outfit change into a floor length dress with large cutouts.

Co-host Jack Harlow opened the show performing his summer hit ‘First Class,’ however it was his surprise guest that instantly went viral. As his song samples the 2006 Fergie hit ‘Glamorous,’ audiences were loving that Jack actually brought Fergie out to perform it with him.

When it was announced that she would be pulling double-duty this year as both a co-host and the recipient of the Video Vanguard Award at the 2022 MTV VMAs, fans knew that Nicki Minaj would somehow find a way to create a viral moment.

During her 15-minute performance spanning her career, Nicki had the Barbz in a frenzy and the celebrities in attendance on their feet. Once she was done hitting the stage, she gave a heartfelt speech thanking her fans and musical inspirations, including Michael Jackson and Whitney Houston.

Then it was Lizzo time! After accepting her MTV VMA award for Best Video For Good, Lizzo took the latter part of her speech to indirectly address the unnecessary and unprovoked comments from 90s comedian Aries Spears. Following Aries being completely dragged online throughout the past few days, Lizzo made it clear that she doesn’t need to clapback because, “B**ch, I’m winning!”

Overall, the night was filled with a winning combination of music, style and statements on one of the industry’s biggest nights.