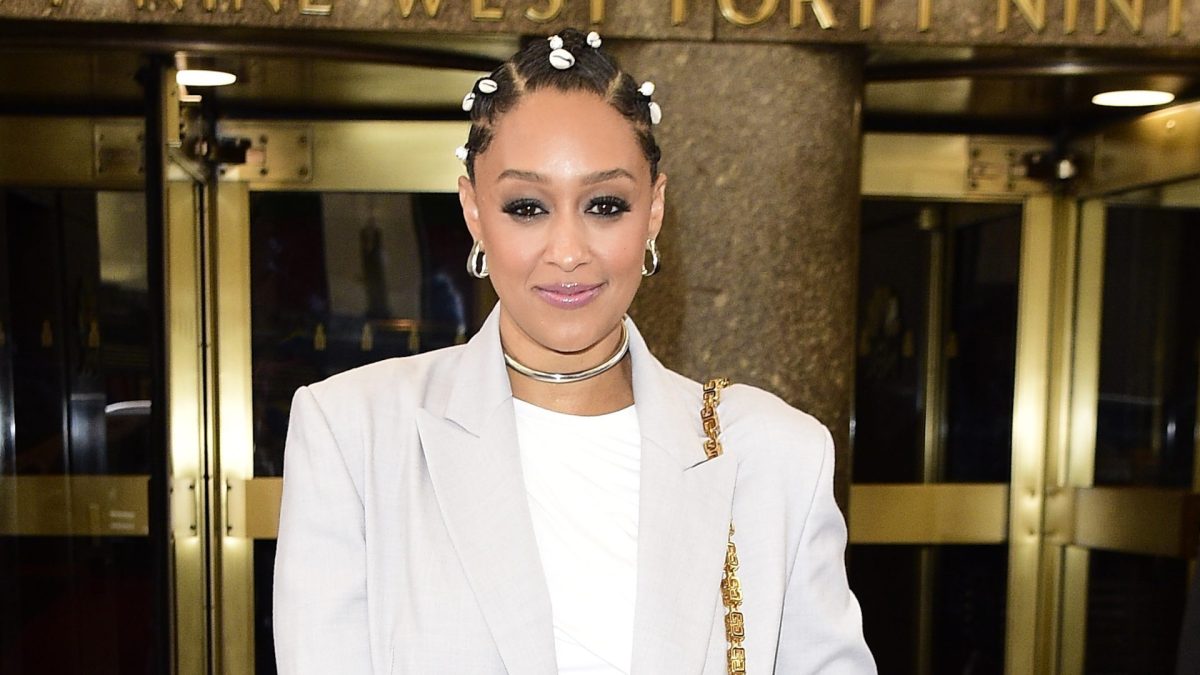 Tia Mowry has been an open book since filing for divorce from Cory Hardrict in early October. Though she’s in the aftermath of ending a 14-year marriage, Mowry has already said she’s at peace. In her latest public comment about their split, she revealed how she views their relationship now that it ran its course.

While on TODAY with Hoda & Jenna, Tia explained that she knew it was over after really focusing on her happiness.

“I feel like women, we tend to focus on everybody else’s happiness, making sure that everybody else is okay, meaning our children, our friends, our family. But at the end of the day, it’s about self-love, and when you really start to work on yourself, love yourself, know your value, know your worth, then all of a sudden, there’s this awakening.”

Though the journey is “not easy,” Tia said, “it’s so worth it.” Mowry shared that she first tapped into how she was feeling in 2018. Her self-reflection came after the death of her grandmother and the murder of Tamera Mowry’s niece by marriage, Alaina Housley, in a California mass shooting. The deaths combined with therapy sparked her ah-ha moment.

“Both [grandmother and Alaina] at the same time..there was just an ah-ha moment in me where I said, you need to tap in, see what’s really going on with your happiness, life is short, let’s go, let’s start working on you and focusing on what really really matters here which is at the end of the day your peace, your joy, and your happiness,” Tia said.

Tia Sees Marriage As “A Success” Despite Divorce

Mowry filed for divorce on October 4–seeking joint physical and legal custody of their children Cree,11, and Cairo, 4. She also requested that the judge terminate the ability to award spousal support to her or Cory, noting their prenup. The estranged pair got married in 2008 and remarried in 2013. She confirmed the end of her relationship with a statement on social media.

“These decisions are never easy, and not without sadness. We will maintain a friendship as we co-parent our beautiful children. I am grateful for all the happy times we had together,” Tia wrote.

Days later, Cory shut down speculation that infidelity on his part led to their divorce.

While speaking on TODAY, Tia explained that their marriage is a success, despite the divorce.

“My marriage was a success. I look at it as a curriculum when you’re in college or high school. You’re learning, you’re growing, you’re evolving, you’re creating, and I was able to create with Cory some beautiful, amazing children. And at the end of that curriculum, and at the end, there’s a graduation. There’s a celebration, so that’s basically how I’m looking at it now,” she said.

The Sister, Sister star also explained that longevity shouldn’t determine the success of a marriage.

“At the end of the day, it’s ‘are they happy, are they thriving, are they growing.’ I feel like that is what is most important, it’s not about staying in something because however long you are in that situation, that equals success,” Tia said.

Boy, 9, Only Survivor After Gunman Shoots Entire Family As They Camped