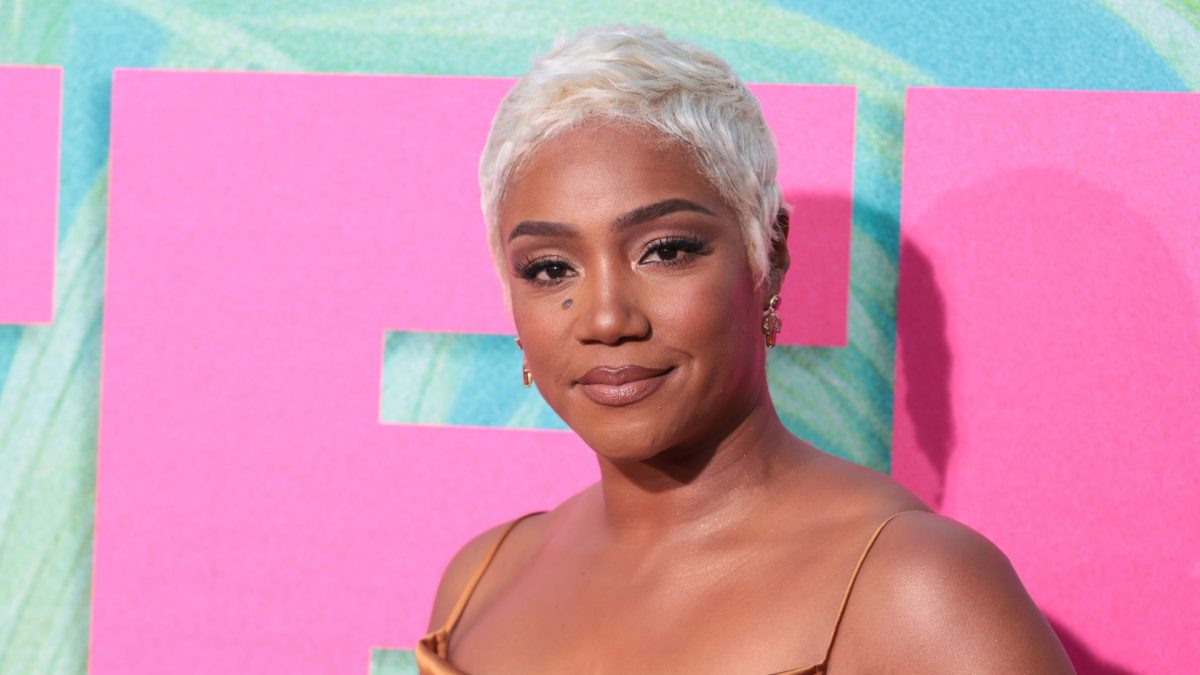 Tiffany Haddish is finally speaking out. Her statement comes days after a child sex abuse lawsuit named her and Aries Spears. Tiffany and Aries face allegations of sexual battery, sexual harassment, and sexual abuse of a minor from two people only identified as Jane and John Doe.

At the center of the lawsuit are sketches, including one called Through A Pedophiles Eyes. Social media exploded with demands that the comedians address the allegations. Early Monday, Tiffany broke her silence. She released a statement expressing regret while saying she’s limited on how much she can say.

“I know people have a bunch of questions. I get it. I’m right there with you,” the statement said. “Unfortunately, because there is an ongoing legal case, there’s very little that I can say right now.”

Jane stated the interaction caused lasting trauma that leaked into her dating life. She added that she’s “scared she will be taken advantage of” and “led done a path of false trust like the path that Haddish led her down.”

The suit says Tiffany offered to help seven-year-old John Doe film clips for a Nickolodeon audition reel the following summer. Instead, Tiffany allegedly took John to Aries’ home, where they “stripped the child down to his underwear” for the pedophile-titled sketch. The skit tells the story of a mother who repeatedly leaves her son at home with an adult man (played by Aries) who lusts after him.

Per the lawsuit, both siblings claim to have developed social disorders. John Doe has developed a paranoia about people watching or recording him. He reportedly places bandaids over the cameras on his electronics.

For days folks on social media debated whether the intention of Through A Pedophiles Eyes was to solicit laughs or bring awareness. The end of the sketch reportedly flashes a message about being mindful with choosing babysitters. In her statement, Tiffany confirmed comedy was part of the video’s intention but admitted it missed the mark.

“But, clearly, while this sketch was intended to be comedic, it wasn’t funny at all–and I deeply regret having agreed to act in it. I really look forward to being able to share a lot more about this situation as soon as I can,” Haddish wrote.

Andrew said the siblings’ mother, Trizah Morris, previously tried to reach a $15,000 settlement with Tiffany over the video sketch. The siblings are seeking unspecified financial damages from Tiffany and Aries.

“Every attorney who has initially taken on her case–and there were several–ultimately dropped the matter once it became clear that the claims were meritless and Ms. Haddish would not be shaken down. Now, Ms. Morris has her adult daughter representing herself in this lawsuit. The two of them together will face the consequences of pursuing this frivolous action,” Andrew said.

Meanwhile, the platform the comedians uploaded the sketch to quickly denied any involvement. They issued a statement calling the sketch disgusting.

“Funny Or Die found this video absolutely disgusting and would never produce such content. We were not involved with the conceptualization, development, funding, or production of this video. It was uploaded to the site as user-generated content and was removed in 2018 immediately after becoming aware of its existence.”

According to this timeline, the video was live on the platform for about four years before its removal.