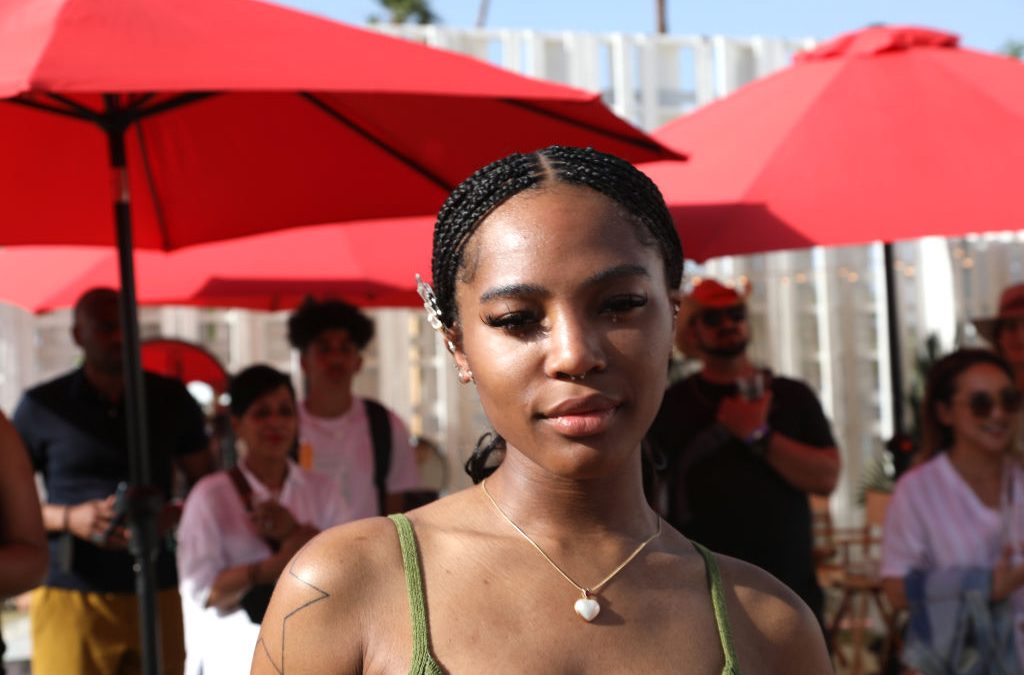 A TikToker who tearfully begged fans to help her cover the cost of an accidental couch purchased for $100,000 admitted the whole thing was a lie, and done as a prank to promote her OnlyFans account.

Quenlin Blackwell, 21, of Los Angeles, is now facing widespread backlash after revealing her heartfelt videos where she pleaded for money was just a joke, and even stuck it to those who donated by posting a picture of a grimy, disgusting old couch, presumably in reference to the expensive piece of furniture she had told them she accidentally bought.

Quenlin, who usually posts lifestyle vlogs, has 7.9 million followers and frequently attends high-profile events with other A-list celebs, such as Lil Nas X.

In a now viral post, the influencer revealed the viral video in question was all part of a skit. in an effort to gain money and attention.

“It was worth it all,” Quenlin captioned one followup video. “Created by gorillían artist suqę mì dehqüe in 1958, The “Troll dé onlywind” is an iconic piece from the caca movement of the late 50s. This particular work of dehqüe is a statement on the state of human society. I am so lucky to own this piece. Thank you.”

The TikTok star then made fun of her followers for being duped by the skit, and even posted a video revealing it was all a joke by showing the couch while circus music played in the background, implying her fans were clowns.

Meanwhile, her followers lashed back at the heartless prank, with many feeling used to “market” her OnlyFans and others claiming she just wanted “media attention.”

Fans, Followers Lash Out At Heartless Prank, With Many Feeling Used To “Market” Her OnlyFans

She has since changed the price to her OnlyFans to $3 per post while accepting tips,

She’s currently made a total of $79.66 in tips on her account for four OnlyFans posts, and is continuing to charge per post.

Some fans and followers gave her credit for the scheme, with others saying she could have done so without the controversy.

One user said: “Have to give her credit, though. Marketed the hell out of her OnlyFans. [She] had people interested in following her because of the original video. Kept people interested in the story. Then dropped an OnlyFans like this wasn’t an all time social media marketing success story.”

She was worth it all.

created by gorillían artist suqę mì dehqüe in 1958, The “Troll dé onlywind” is an iconic piece from the caca movement of the late 50s. This particular work of dehqüe is a statement on the state of human society. I am so lucky to own this piece. Thank you. pic.twitter.com/npx5LiRRgC

Another user said: “No one is with the bit. Why [do] you keep going so hard for it? Just promote your OnlyFans and people will most likely buy it, but this bit is already old.”

“So did you really buy the couch or did you just want to soft launch your OnlyFans without being judged?” one user wrote. “Bruh just say you wanted to make an OnlyFans just because and that’s more believable,” added another user.

Even more users slammed the influencer for fooling her fans to get money, attention and sympathy, with some even accusing her of taking “acting classes” and another adding she deserves an “Oscar” for her “performance.”

me this past weekend ⭐️ pic.twitter.com/x4YZ65Ya2W

“And the Oscar goes to…” one user wrote. “You been taking acting classes huh,’ wrote another user.” Another user wrote: “This is the worst of Quen I have ever seen. Not even funny at all. Give it a rest.”

Others threatened to unfollow her for the stunt.

“I’m unfollowing you now,” added another user. “You need the media attention so bad,” wrote one user. “Is your goal to make everyone hold this against you for the next ten years? If so, you’re doing a great job babe,” added one user.

Throughout the last week, Quenlin posted three videos to her TikTok and YouTube channels where she issued a tearful plea for financial assistance because she “accidentally bought $100,000 couch in an online action, and says the idea of getting a job “makes her throw up.”

The couch people WONT REFUND ME so… pic.twitter.com/kfdg6I1gZF

She had claimed she entered in her credit card information into an online auction site as a “joke” and accidentally purchased the expensive couch.

Quenlin said she had been in the market fora new couch for the last five months, and had her eye on the $100,00 couch in question for “years.”

That video racked up 7.4 million views.

Aside from having been pictured with the likes of Lil Nas X, she revealed in 2020 that she was living with the Diplo, who at 41-years-old is 22 years her senior.

“I live with Diplo right now, and he fully supports my endeavors,” she told her followers during a TikTok Live.

Diplo responded on Twitter and said he only rented out a property to her and added there was “nothing but friendship” between the two. Quenlin eventually confirmed the DJ’s interpretation of events.

Podcast: Headphones 3.0 Will Go Beyond Audio

Four Sweet Potato Desserts You MUST Try This Holiday Season