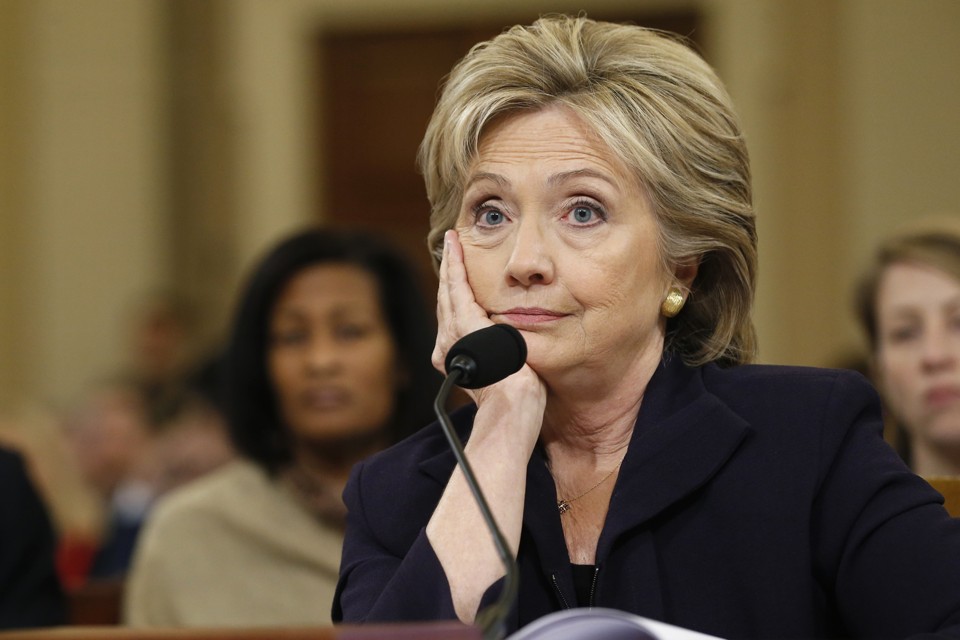 At her grueling 11-hour testimony during the GOP-led House investigation into the murder of four Americans at the US Embassy in Benghazi, Clinton appeared bored in a photo that she tweeted on Thursday.

Clinton’s testimony included her infamous “What difference does it make at this point?” question.

The Republican backlash against Clinton, who was Secretary of State during the terrorist assault, intensified as she ran for president. The irony of her complaint against Trump is not lost on Americans.

Justin Sylvester Says People Took The Viral Cooking Clip With Jenna Bush Hager "Out Of Context," After She Gets Called Out For Being Too Touchy

Liberals Only Watch and Read What Affirms Their Prejudices

NATO Ally Forges Ahead With Russian Weapons Deal, US Does Nothing