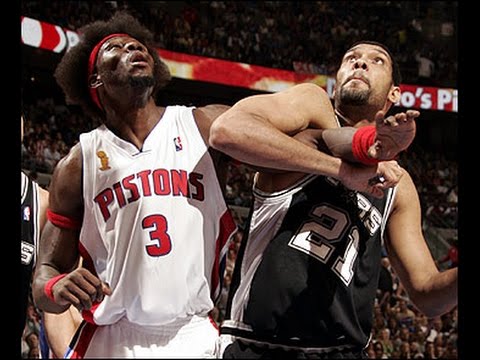 NBA Hall of Famer and All-Time shot blocker Ben Wallace celebrated his birthday on September 10th, 2022, so it’s a great time to look at the top 5 NBA defenders of all time with him highlighting the list.

One skill that has become more and more underrated as the NBA seasons pass by is the ability to defend at a high level. During the early 1980s and 90s, NBA players took pride in their defense because it once represented physical toughness and competitiveness. But since then, the league has quickly transitioned towards favoring high-tempo offenses, highlight plays, and three-point shooting.

Now the rules and the style of play have started to favor offensive players. With that, more guys prioritize how much they can score over how well they defend. The focus has transitioned from taking pride in locking up on defense to prioritizing three-point volume and shooting efficiency. With this new revolution predicated around high-octane offenses, the amount of players who classify themselves as “elite defenders” or “defensive specialists” has quickly dwindled to only a handful.

While defenders don’t get the credit they deserve, their impact on winning is undeniable. From big men who can switch onto guards and have the quickness to stick with them or wings that have the ability to close out on shooters just as well as they can get back in transition for chase-down blocks, teams that have high-quality defenders all over the floor are typically the ones making deep playoff runs. As the saying goes, “Defense wins Championships.”

In reminiscence of the league that was once defined by hard-nosed defense and physicality, many players during those eras ended up on this list with some 21st-century stars still entering the conversation thanks to their all-around defensive greatness. Honorable mention includes: Michael Jordan, Scottie Pippen, Dikembe Mutombo, Dennis Rodman, and Tony Allen.

Here are the top 5 greatest NBA defenders of all time. Create your own rankings below!