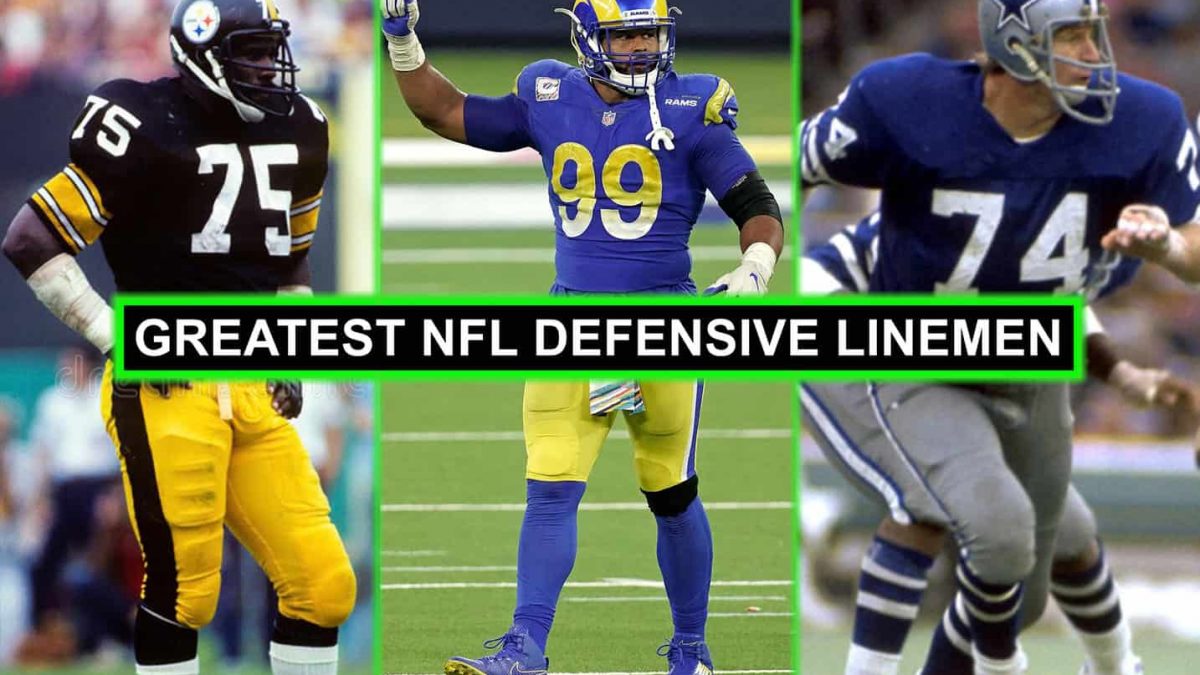 As Pittsburgh Steelers fans celebrate Mean Joe Greene on his 76th birthday, it’s a great time to look at the top 5 greatest NFL Defensive Linemen ever with him near the top of the list.

Despite the lack of praise and attention that may come their way, Defensive Linemen can be the backbone of a defense due to their ability to control offenses by shutting down the run game and creating pressure on the opposing Quarterback. The tone that is set by the big guys up front can often have a cascading effect on the rest of the game.

Playing Defensive Line often isn’t the most glamorous position in the NFL, both because of their big stature and lack of flashy plays, but these players take on the important role of battling offensive linemen for supremacy on the line of scrimmage. Great Defensive Linemen must bring a hard-nosed mentality to the game with their toughness, passion, and love for physicality.

Over the years, many star Defensive Linemen have surfaced, anchoring legendary defenses that led their teams to Super Bowl championships. Only a few have been blessed to be able to emerge to superstardom by posting huge sacks and tackles for loss totals as they helped their defensive unit disrupt the offensive backfield.

This list includes players from several eras of football, as Defensive Linemen’s importance has stood the test of time. Each guy put his own personality into the position, whether it be through dominant run-stopping abilities, pressuring the Quarterback, intelligence, or a combination of several playstyles, but all of them were able to forge their path to Canton as they broke many NFL records.

Here are the top 5 greatest NFL Defensive Linemen of all time. Create your own rankings below!