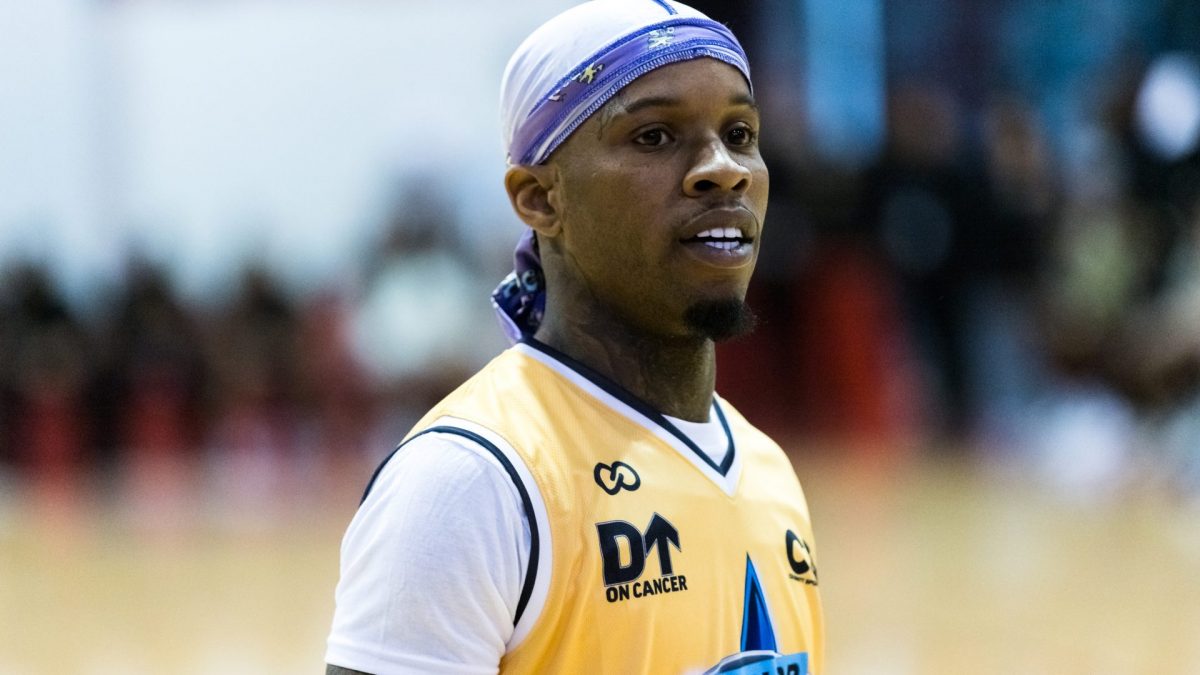 Tory Lanez is facing accusations of sideswiping a pregnant driver on a Miami highway in 2021. But his lawyer, Andell Brown, isn’t buying what the lawsuit is selling. He told TMZ, who broke the story, that the suit is “baseless and will be laughed out of court.”

Nonetheless, docs filed by Krisha Grullon and Jesse Grullon say Tory was driving a green Bentley SUV on New Year’s Day. The couple says they stopped at a red light at the end of an off-ramp after exiting the highway.

Out of nowhere, Tory allegedly came flying by. His vehicle allegedly hit their vehicle on the rear left side while Krisha was behind the wheel. The lawsuit says she was four months pregnant at the time. Not only did Tory hit their car, but the couple says he didn’t even stop to check in on the situation.

Attorney Andell is coming at the lawsuit from another angle. He told TMZ the whole story behind the suit is made up. He believes Krisha and Jesse simply looked up Tory’s license plate to attach him to their case.

Additionally, Andell expressed suspicion about the claim hitting Tory’s insurance in July—months after the January accident. The lawyer also said the couple listed the vehicle that hit them as silver, but later changed the color to green in the lawsuit.

Andell says the company investigated the incident, spoke to attorneys, and found no basis for the claim.

But the couple is pushing forward with the suit. They want Tory to sit for a deposition in early 2023. According to the docs, Tory didn’t respond to their claims within the 45 days time frame.

This story comes about two weeks after the Los Angeles District Attorney’s Office announced an investigation into August Alsina’s claims of a physical fight with Tory.

The Thinnest Veneer of Civilization

Boosie Offers To Save Tiffany Haddish’s Career After “Losing Everything”