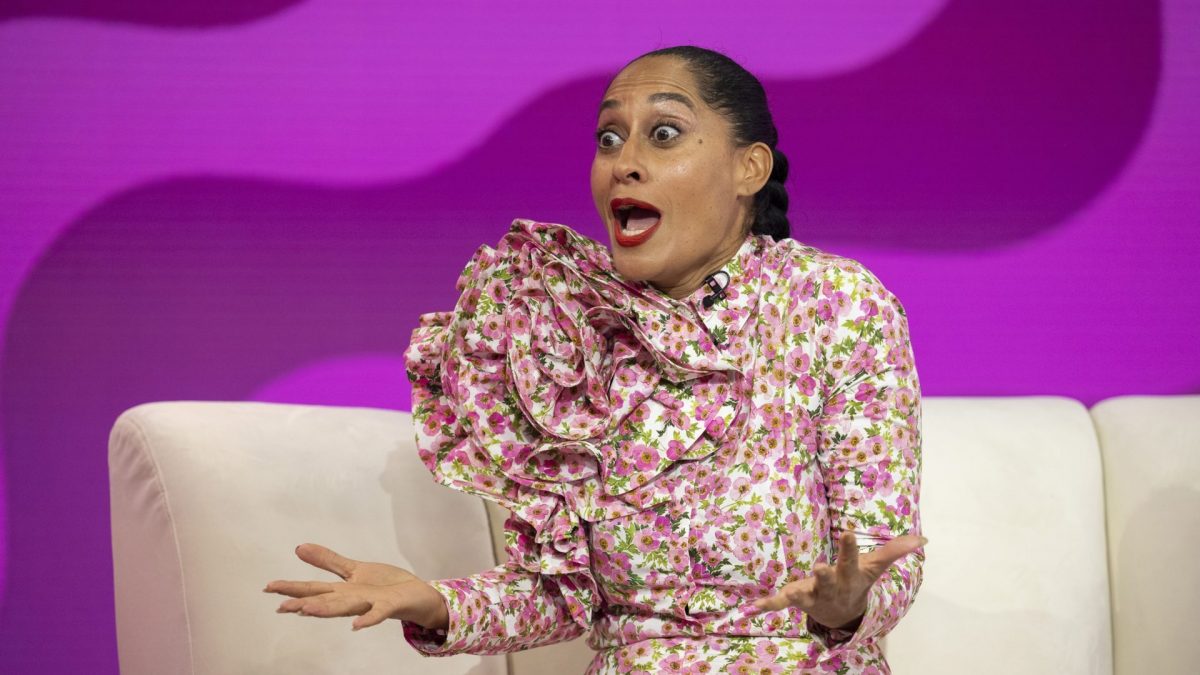 Tracee Ellis Ross is making known the type of men that’ll have her whipping her neck around for a second (or third) look! The award-winning actress took to her personal Instagram with a lil’ story of her pleasant views while traveling recently.

She didn’t reveal any details about her previous or final destination. But sis was ready to spill the tea–mask off and extra-zoomed in chile!

“Listen, I’m on the plane. I love a Black man. There are some hot Black men on this plane,” Tracee said.

But the Black men on the plane weren’t the only ones who caught her eye. In the video, Tracee panned the recording toward her aircraft window to show the Black men standing on the tarmac.

“And then I looked out the window and there’s more hot men out there. Can you see them? I keep knocking on the window, seeing if they’ll say hi,” the actress said. “Look at these Black men, get outta here!”

In the clip, she made sure her actions matched her words–comically tapping on the aircraft window as she made her point. But Tracee didn’t just indulge in eye candy, she put one of the hot men to work!

“And then there’s one across the aisle and I asked one to help me put my bag up,” Tracee said. “Hmm too early for this!”

She shared the entire clip on her Instagram Story and followed up the video with a photo of the men on the tarmac. Tracee wrote, “body language of hot men, just saying…”

Tracee Speaks On Her Relationship Preference

Last month, Tracee shared a snippet of her appearance on Kevin Hart’s Hart to Heart series in August. In the clip, the actor spoke about her expectations from a romantic relationship.

The Black-ish star admitted that she can have “a wheel of lovers,” but she takes what she likes and leaves the rest! In her words, it’s thank you and goodbye–for now!

Democrats Ask: Have You Hugged a Criminal Today?