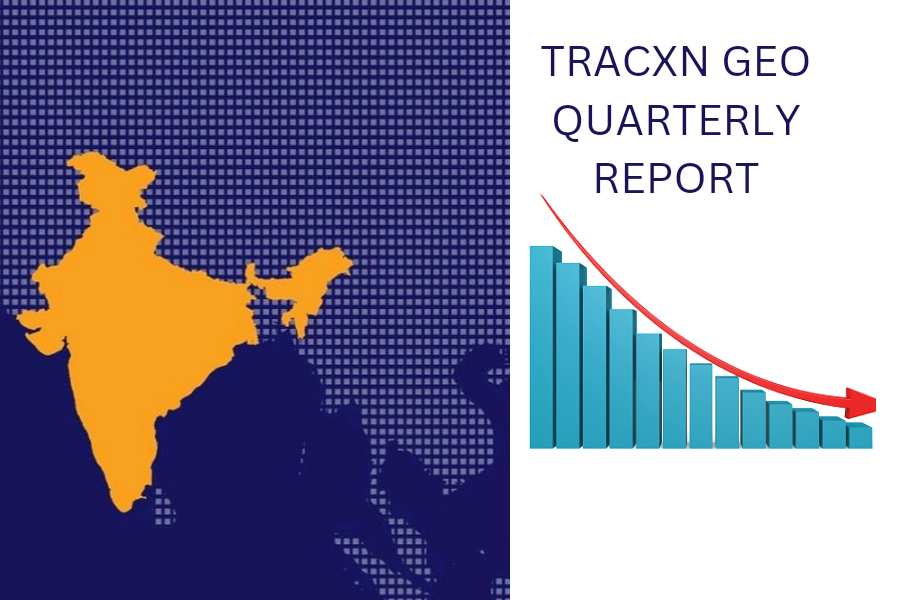 According to the report, Indian startups raised $3B in Q3 2022 (July-Sept), which was 57% lower as compared to the previous quarter. The average ticket size also witnessed a drop across all funding stages, with the late stage seeing the biggest fall of over 70%, from $142M in Q3 of 2021 to $42M in Q3 of 2022, indicating that investors are not willing to make large investments until economic conditions stabilise.

The top three sectors that received the maximum funding in this quarter were Alternative Lending, Genomics and Payments. Genomics is an upcoming sector with great potential but remained untapped by investors till now. It saw maximum investor interest in Q3 2022, receiving over $231M in funding, which is higher than the total funding received in the year 2021.

The five companies that raised funding rounds of $100M+ in this quarter were—EarlySalary, 5ire, InsuranceDekho, OneCard, and BookMyShow — with the most active investors being Better Capital, Venture Catalysts and Surge. Out of the 334 funding rounds closed in Q3, the top 3 funding rounds were completed by EarlySalary ($110M- Series D), CleverTap ($105M- Series D), and OneCard ($102M- Series D).

Some of the other key highlights of the report include 109 startups closed their first funding round, 3 startups turned unicorns, 39 startups got acquired, and 2 filed for their IPOs. Molbio Diagnostics, 5ire and OneCard turned unicorns and Zopper, LifeCell, Jar, DotPe, Vegrow

Speaking on the launch of their report, Neha Singh, Co-Founder, Tracxn said, “Our quarterly startup report confirms that India is currently experiencing a funding slowdown which is expected to continue for the next 12-18 months and the effects of the funding slowdown are expected to intensify going forward. Executives across the world anticipate a recession in the near future and are making preparations to cut costs. To add to their woes, the recent energy crisis in the UK and Europe and also the sliding GBP and EUR have increased the likelihood of a global recession.”

Snapshot for the month of September

The funding rounds dropped by 15% to 98, as compared to August 2022, and 57% as compared to September 2021. Bengaluru based shared micro-mobility operator Yulu Bikes raised a large round of $83M as a part of their Series B fundraise. Molbio Diagnostics, a PCR testing company raised $85M in their Series C round and became a Unicorn. Tata acquired 1Mg, an online pharmacy that also entered the Unicorn club in September. There were 17 acquisitions that took place in September 2022 with Razorpay continuing its acquisition spree by acquiring PoshVine (a loyalty management platform), its 4th acquisition in 2022 and 7th till date. Another notable acquisition was Insight Cosmetics (Internet first cosmetic company) by Reliance Retail. Two companies, Kore Mobile and DreamFolks were the only 2 startups in the quarter that went public in September bringing the total to 10 tech IPOs this year, as opposed to 7 in the same period last year.

“The Indian startup ecosystem is still experiencing the ongoing funding slowdown and the severe macroeconomic conditions gripping the West. We are seeing large PE and VC funds treading cautiously led by significant changes in the investment environment in recent quarters. We expect this to continue until we see signs of stabilisation globally.” said Abhishek Goyal, Co-Founder, Tracxn.

Bengaluru, Mumbai and Delhi-NCR were the top cities attracting maximum investments, as per the report with Blume Ventures topping the investment charts in seed-stage startups, Sequoia Capital ranked highest in the early-stage startup funding and GIC leading the late-stage funding.

Tracxn Technologies Ltd. is a data intelligence platform for private market research, tracking 1.4 million entities through 1805 feeds categorised across industries, sub-sectors, geographies and networks globally. It has become one of the leading providers for private company data and ranks among the top five players globally in terms of the number of companies and web domains profiled.