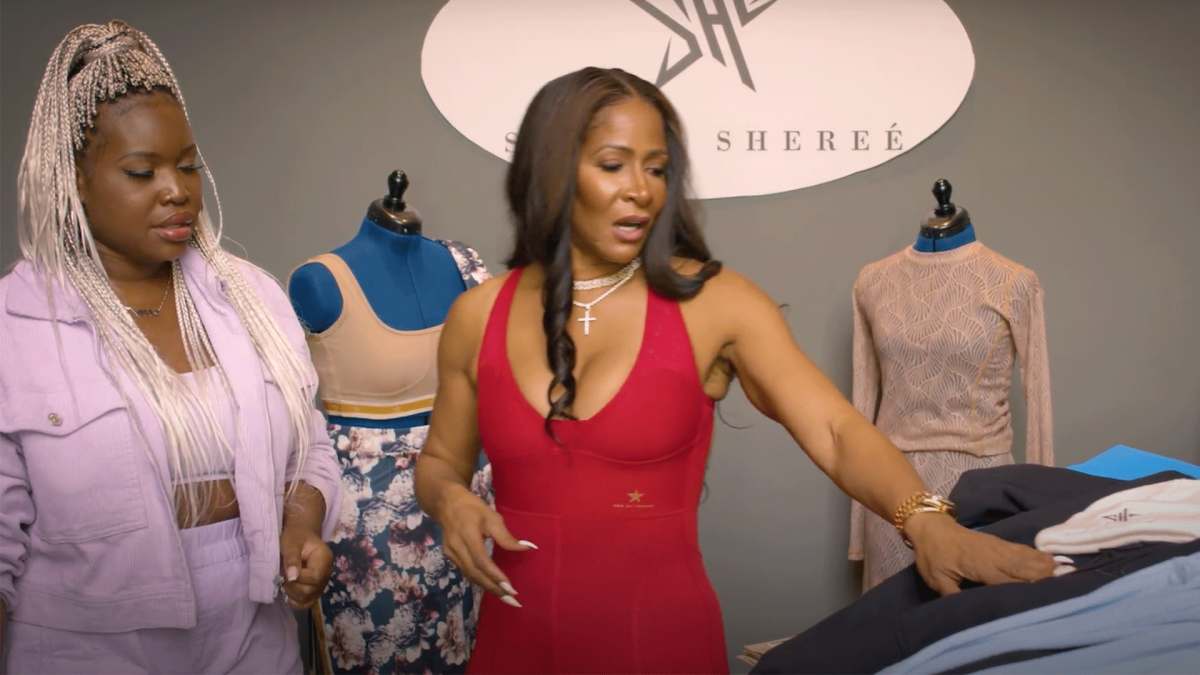 TSR Tours The She By Shereé Showroom Amid “Shein” Ripoff Rumors

Shereé Whitfield, 52, finally debuted her SHE by Shereé fashion collection for the “Real Housewives of Atlanta” Season 14 finale, but not before The Shade Room got an exclusive sneak peek!

In the latest “Drip Codez,” host Thembi got to look into Shereé’s SHE By Shereé showroom to see what ‘The Real Housewives of Atlanta” star has been working on since 2008.

I’ve been working. It’s a lot. I know it’s taking forever […] this is the brand, 14 years in the making without selling a thing.

The reality star shared with Thembi that the fashion line is only here because of the demand from fans.

On Sunday, after the RHOA shared footage of Shereé’s highly anticipated fashion show, the CEO launched its online store, however, the website crashed. The frazzled HMTL was due to what Whitfield described as “overwhelming interest” and an “influx of love.”

A statement on the homepage read:

“Dear Fans, Due to the overwhelming interest in She by Shereé the influx of love is crashing the website‼️ But please understand its being worked on so continue to check back in within the next 24 hours. “We are working to get this quickly resolved. We wish to serve you soon. Thank you for your interest. Thanks to the customers whom we were able to serve so far tonight.”

Some social media users accused Whitfield of ripping off fast fashion online retailer Shein shortly after her launch. The accusations were sparked by a gray two-piece athleisure set, being sold by Whitfield for $130 on her website before the site apparently crashed.

Fans on Twitter claim the set is similar to ones sold by Shein, and Amazon. Sheree has not yet commented on the allegations.

In brighter news, Bravo stars shared their pride and support of the fashionista for finally launching the line. Kandi Burruss shared in a clip from the show how excited she was for her co-star.

“She pushed through, she pulled through and got it done,” Burruss, said. “I’m very proud of her.”

Andy Cohen also shared his support but showing of his own She By Sheree hoodie, which appeared to be customized with her logo, in a tweeted photo, adding “I got mine…”

Why Gen Next don't want to be teachers: Harappa's experiment on Teachers' Day