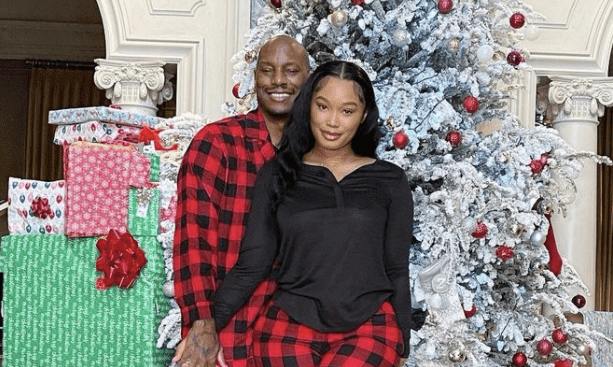 Well, that’s one way to end a romantic relationship! Tyrese Gibson did not hold back while on a social media rant about his former girlfriend, Zelie Timothy. It’s unclear when exactly the couple split, but Tyrese took to Instagram with harsh descriptions of a woman he once called “the love of his life.”

Ultimately, he uploaded three separate posts discussing the breakup and his love life. But he began with a video of a snake choking a deer on the side of the road. Nearby, a person slaps the snake with a tree branch until it finally lets the animal loose. Tyrese opened his accompanying paragraph, seemingly addressing Zelie’s parent(s).

“Stop trying to convince me that your daughter is not a SNAKE….. I just want to be released from this strong devilish allure the sexual seduction of a masterful manipulator who knows how to [convince everyone that she’s not mean of there to KILL YOU],” Tyrese wrote in the caption. “Please God RELEASE ME – RELEASE ME FROM YOUR POISON RELEASE FROM YIUR STRONG HOLD RELEASE ME I BELONG TO THE KINGDOM……. I have SO MUCH MORE WORK TO DO.”

And he didn’t end things there. Tyrese confirmed his new relationship status after more than a year of dating Zelie. If you’re tapping in, the couple went public in March 2021–amid divorce from his wife of four years Samantha Lee.

“I am single now and I want everyone to DM have fun with @zelietimothy she’s verified now and wasn’t ready to be married she still wanted to go BIG Zane live her best life,” Tyrese wrote. I want to get married and settle down and really really NEST and embrace the COMFORTS of this FAMILY AND MARRIED LIFE.”

In the same caption, he explained that home life is his life. He added that he prefers to smoke hookah at home than be in clubs. Not only that, the Fast & Furious OG wants to be a “hard-working family man” than a man around tons of women.

When Tyrese first made the posts on Thursday morning, Zelie hadn’t responded. Her story featured several meme-like posts about relationships posted before Tyrese’s announcement. But several hours later, she let off a lil’ indirect comment.

“Your acting off emotions and NOT facts,” Zelie wrote on her Instagram Story. “Hurt people hurt people! And I’m the wrong one to hurt!”

Before Zelie added to the conversation about her breakup, Tyrese got off two additional posts. The second featured a video of DJ Envy flexing a Times Square billboard of his collab book with his wife, Gia Casey.

“I want the mansion and the family and the wife and the 4 wheelers and the 700 acres and to be best friends with the mayor of Atlanta and have Creflo dollar mega church 3 mins Uk the street from me,” Tyrese wrote. “We all live in the ATL because I’m almost sure JESUS WALKED on the ground of Atlanta that we as a CULTURE have so much there……….. I’m in Buckhead holla at me but please come see me with my future WIFE……. I am single now and hate this shit every day I hate it bro I hate it.”

Tyrese Posts Another Woman Saying, “I Think I Have A Type Now”

Chile, and if you think it ended there–think again! Tyrese ended the rant specific to his ex-relationship with a lil’ shade. He showed love to an unidentified woman by posting her mirror selfie. In the caption, he spoke about following “the sexiest people on Instagram.”

“Damn I think I have a TYPE now. She posted this not me. I just follow the sexiest people on Instagram and get in trouble for “Liking” their post, I just wanna feed you and we go to church together I’m lost out here without my wife and family……. I can’t be stable if my HOME isn’t stable,” Tyrese wrote.

He added, “Stability is important I got the money I got the mansions I got whatever you need I just need to figure out how to GET married and STAY MARRIED for the rest of my life……… Who has the secret? I’m ready to listen and lean.”

During an exclusive conversation with The Shade Room, Zelie revealed she’ll be pursuing legal action against Tyrese. At this time, it’s unclear if the step will be for defamation or another reason.

Tiger Woods Is Officially A Billionaire!