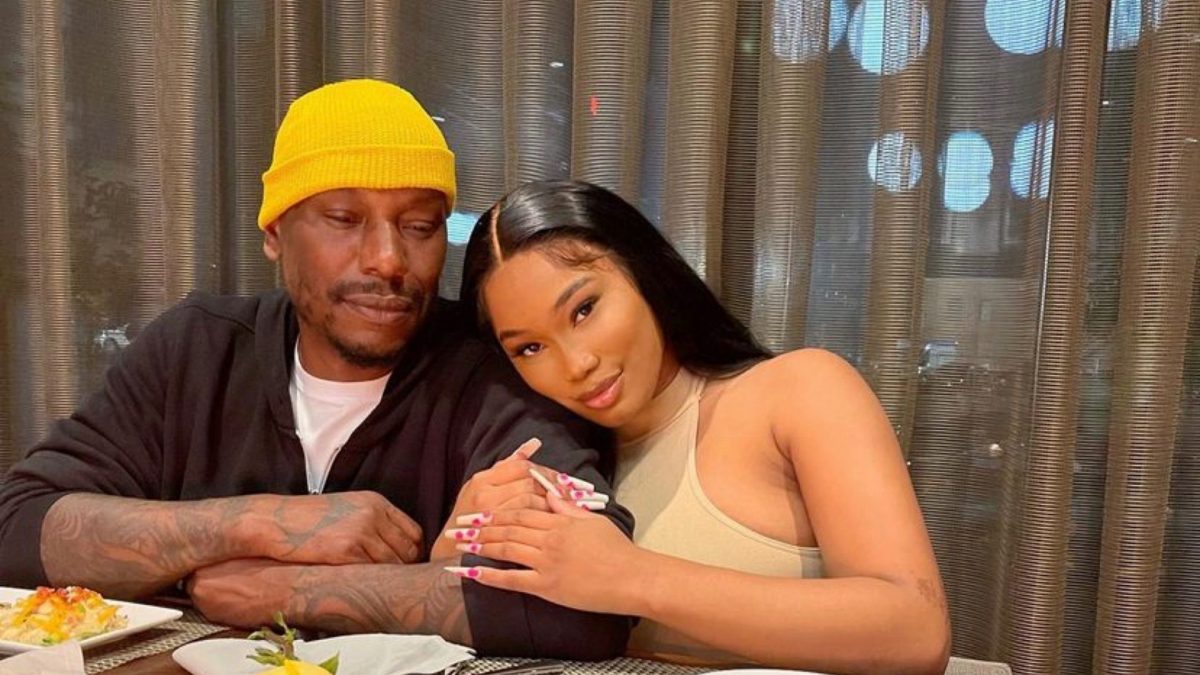 Tyrese was spotted with ex-girlfriend Zelie Timothy, who he previously called “poison,” as he comes off the heels of a very public divorce with his former wife and just about a month after he and Zelie seemingly broke up.

Just about a week after his divorce from Samantha Gibson, the 43-year-old could be seen in a video clip of the two on the beach posted to Zelie’s Instagram on Monday, while Brent Faiyaz’s single “All Mine” plays in the background.

Pair Appeared Happily In Love In Instagram Videos, Just About A Month After Seemingly Breaking Up

The pair appeared to be happily in love as they smile and fawn all over one another.

“Sweetest touch has always been yours. I can’t dent that. Thank you my love,” Zelie captioned the post.

Tyrese similarly made an Instagram post around the same time, and shared a video of the pair in their beach cabana.

“It’s clear I couldn’t deny the love I feel for you if I tried…” he wrote in the caption. “Happy Labor Day my love…. A while vibe you are… Endless love…. Endless Love….”

The lovey-dovey posts certainly seemed out of the blue, as it was only in July when Tyrese compared Zelie to a serpent who manipulated him to stay in the relationship.

“Stop trying to convince me that your daughter is not a SNAKE….. I just want to be released from this strong devilish allure the sexual seduction of a masterful manipulator who knows how to [convince everyone that she’s not mean of there to KILL YOU],” Tyrese wrote in the since-deleted post.

Tyrese even went on to call her “poison” and begged God to “release (him) from (her) stronghold.”

He went so far as to declare his single status in a separate post, writing “I am single now and I wanted everyone to DM… have fun with @zelietimothy, she’s verified now and wasn’t ready to be married.”

“I am single now and I want everyone to DM have fun with @zelietimothy she’s verified now and wasn’t ready to be married she still wanted to go BIG Zane live her best life. I want to get married and settle down and really really NEST and embrace the COMFORTS of this FAMILY AND MARRIED LIFE.”

The couple had originally gone public in March 2021 after news was announced of Tyrese’s divorce.

Just last week as his divorce to Samantha Lee was finalized, The Shade Room reported that Tyrese was ordered to pay a whopping $10,000 per month in child support for his 3-year-old daughter Soraya, who he shares with Lee.

He had requested joint physical and legal custody of their daughter. He did have one request granted by a judge, and will not be paying his ex-wife any spousal support.

Tyrese’s recent reconciliation with Zelie is far from a sure thing, however.

On July 20, The Shade Room reported that Tyrese described as their relationship as being “one minute we’re on, the next we’re off.”

“Me and my girl done jumped out there and broke up and announced it on social media…One min we on…The next we’re off…We might end up on an island next week and be back…I’m gonna post that too…Not to worry.”

What do you say, Roomies? Are Tyrese and Zelie back together for good? Or is this just a highly-publicized hookup…

Lawmakers Must Act as Biden Weaponizes Big Tech Against Americans

The 10 Best Places to Visit in Scotland

(Exclusive) Blueface ‘Keeps It 100’ About Building A Future With Chrisean