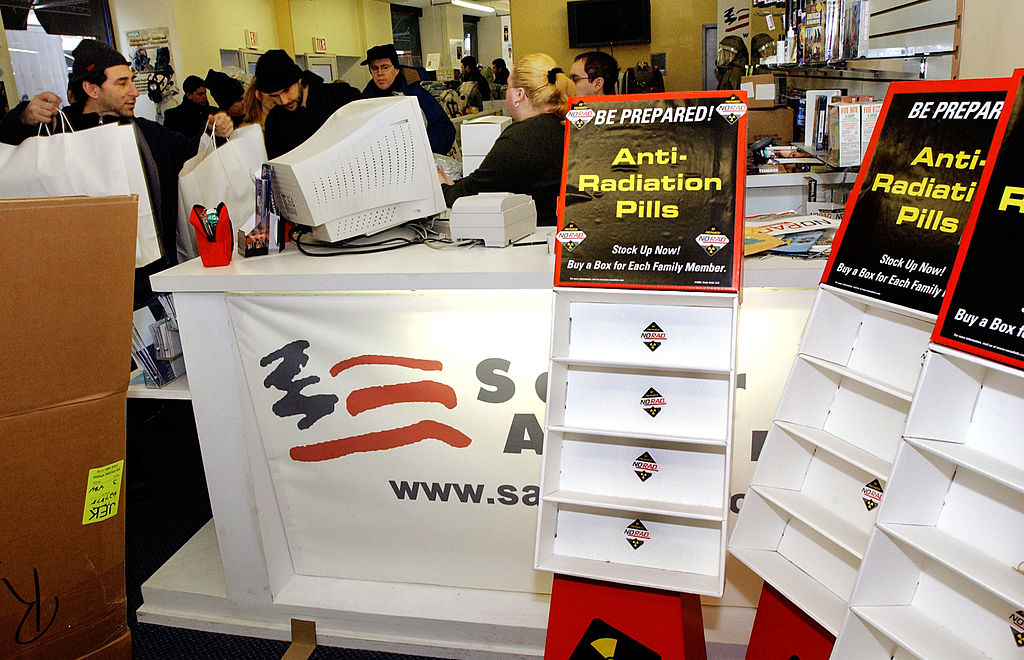 The Biden administration has purchased $290 million worth of anti-radiation drugs this week amidst warmongering Russian head of state Vladimir Putin, who the president said “was not joking” in his threats for nuclear “Armageddon.”

The Department of Health and Human Services confirmed that the major supply of the drug Nplate was part of “ongoing efforts to be better prepared to save lives following radiological and nuclear emergencies.”

The capsules can be used on kids as well as adults, and is “approved to treat blood cell injuries that accompany acute radiation syndrome [ARS] in adult and pediatric patients,” the department said in Tuesday’s announcement.

Radiation sickness “occurs when a person’s entire body is exposed to a high dose of penetrating radiation, reaching internal organs in a matter of seconds,” the alarming HHS release noted.

Today, we purchased a supply of @Amgen’s Nplate, a drug to combat the effects of acute radiation sickness after radiological or nuclear emergencies. For more about how we leverage existing technology & inventory management practices to ensure preparedness: https://t.co/bsgRz74Izx pic.twitter.com/hox1yTSpzP

“Symptoms of ARS injuries include impaired blood clotting as a result of low platelet counts, which can lead to uncontrolled and life-threatening bleeding.”

Nplate, classified as a bone marrow stimulant, works by stimulating the body’s production of platelets “to reduce radiation-induced bleeding.” It may take up to four weeks before Nplate is completely effective in preventing bleeding episodes, according to the drugmaker.

The $290 million in funding for the capsules is a result of Project BioShield – a 2004 law that saw widespread government investment in companies “developing the medical countermeasures that our critical to our national security,” the New York Post reports.

However, Biden’s initial announcement did not detail how the drug would be distributed.

Despite the ongoing conflict in Ukraine and fears of a nuclear threat from Russia, an HHS spokesperson said the move the investment was part of an “ongoing” nuclear prep and that it had “not been accelerated by the situation in Ukraine.”

But the announcement was approved just days before President Biden publicly stated that Putin was “not joking when he talks about the use of tactical nuclear weapons or biological or chemical weapons.”

“We have not faced the prospect of Armageddon since Kennedy and the Cuban Missile Crisis,” the president warned during a New York fundraiser for the Democratic Senatorial Campaign Committee.

Putin’s nuclear threats have kept the world on edge for the last several months as he finds himself continued to be mired in a losing war effort in Ukraine.

Just last month, he said the Kremlin would “certainly use all the means at our disposal” when asked about protecting Russia.

The news also comes on the heels of another major presidential announcement.

Biden said he would be pardoning all those with federal offenses for simple marijuana possession in the first step towards decriminalization, The Shade Room reported earlier this week.

The move fulfills a campaign pledge Biden made to erase any prior federal possession convictions, and will affect thousands of Americans charged with the crime, according to senior administration officials.

Libertarian Candidate: ‘The Age Of Consent’ Should Be ‘Up For A Vote’