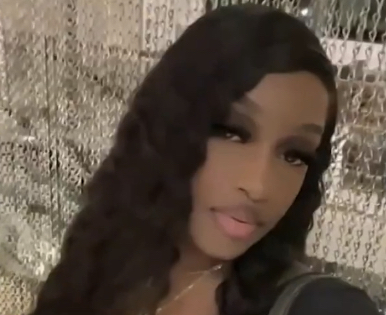 
Back in April, we reported that a $5k reward was being offered for any information that could help lead to the whereabouts of 24-year-old Felicia Johnson after she was reported missing after leaving a Houston nightclub. Now officials have named a suspect in the case and charged him with murder as he remains at large.

According to Fox 26, Chukwebuka Nwobodo, 28, has been named as the suspect in Felicia’s disappearance and he has been charged with murder and tampering with evidence in the 232nd State District Court. At this time he is not in custody and is currently at large.

Officials say Felicia was reported missing from the InterContinental Houston-Medical Center on April 16th. An official report of her disappearance was made after her cellphone was found on a roadway covered in blood. The investigation revealed that she left the hotel in a vehicle on the morning of April 16th.

As previously reported, during a vigil for Felicia back in April her father said,

“Baby, Daddy is here for you. I’m not leaving until we find you. I’m standing strong for you every day and it gets harder. I’m not going to lie, but every day I’m finding more strength to keep going.”

Activist Quannel X claims that the suspect is the same man that Felicia left the nightclub with the night that she went missing.

He said, “She was picked up also by the same guy, a stop was made by the hotel then from there to his home from what we understand.”

Authorities are currently seeking information that could lead to Chukwebuka Nwobodo’s whereabouts.