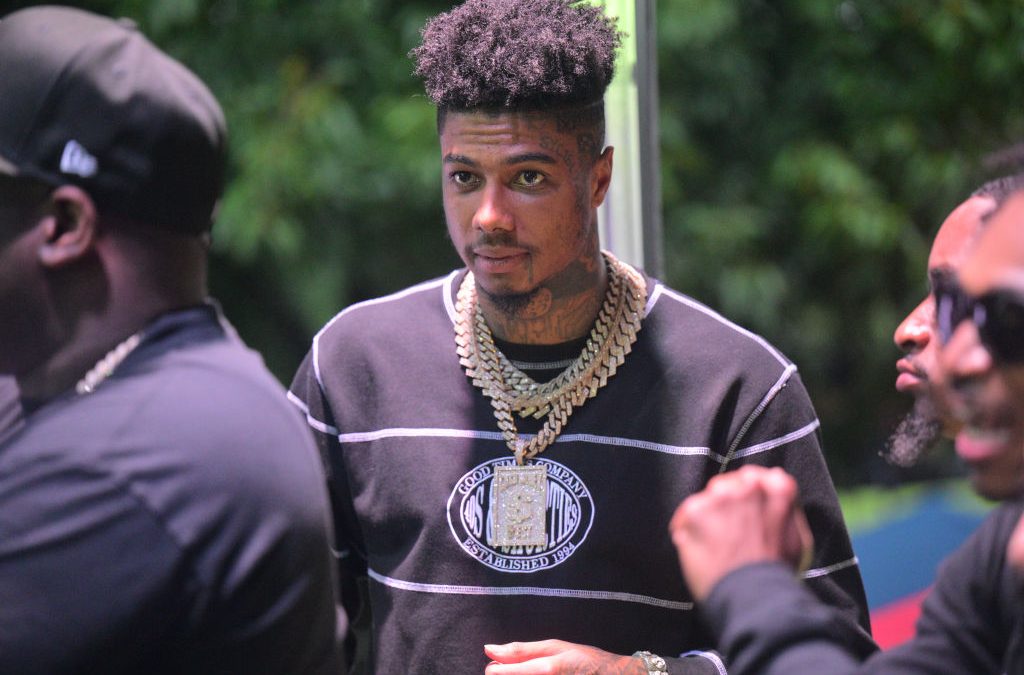 Just one day after Blueface was arrested for felony attempted murder, TMZ obtained video footage of the alleged shooting in question. In the video, Blueface can be seen leaving a Las Vegas club just before a pick-up truck pulls up.

According to outlet, Blueface allegedly fired multiple shots at the truck. Sources at the venue reportedly said that the man driving the truck had allegedly been attacked by Blueface’s people before leaving the club.

As we previously reported, Chrisean Rock and Wack 100 appeared in court to seemingly post Blue’s bond this morning.

The outlet cites sources at the venue, who told TMZ that the unidentified driver had walked into the club earlier, where the rapper’s crew allegedly attacked him.

It remains unclear as to what started the alleged altercation, but the outlet reports Blueface wasn’t directly involved in the fight.

After the altercation in the club, the man ran back to his truck and pulled up on Blueface and his crew as they were leaving.

Blueface Arrested In Las Vegas For Attempted Murder, No Bail Offered At The Moment

The man reportedly then asked “Who hit me?!” right before shots rang out, prompting the truck to speed off.

As The Shade Room reported on Tuesday, the rapper was arrested in Las Vegas and transported to the Clark County Detention Center for felony attempted murder with the use of a deadly firearm or tear gas.

We exclusively spoke with the Clark County Detention Center, and they confirmed he currently has no bail for the murder charge.

Blueface’s Girlfriend Chrisean Rock Comes To His Defense: “Why They Gotta Take You From Me?”

We also learned before his arrest, he was scheduled to appear in court for operating an unregistered vehicle. However, he didn’t appear at the Goodsprings Justice Court in Jean, NV, so a bench warrant was served.

Chrisean immediately spoke out about his arrest online. She tweeted,

“Ugh, why they gotta take you from me.”

The reality star also shared a video with her man hours before he was arrested.