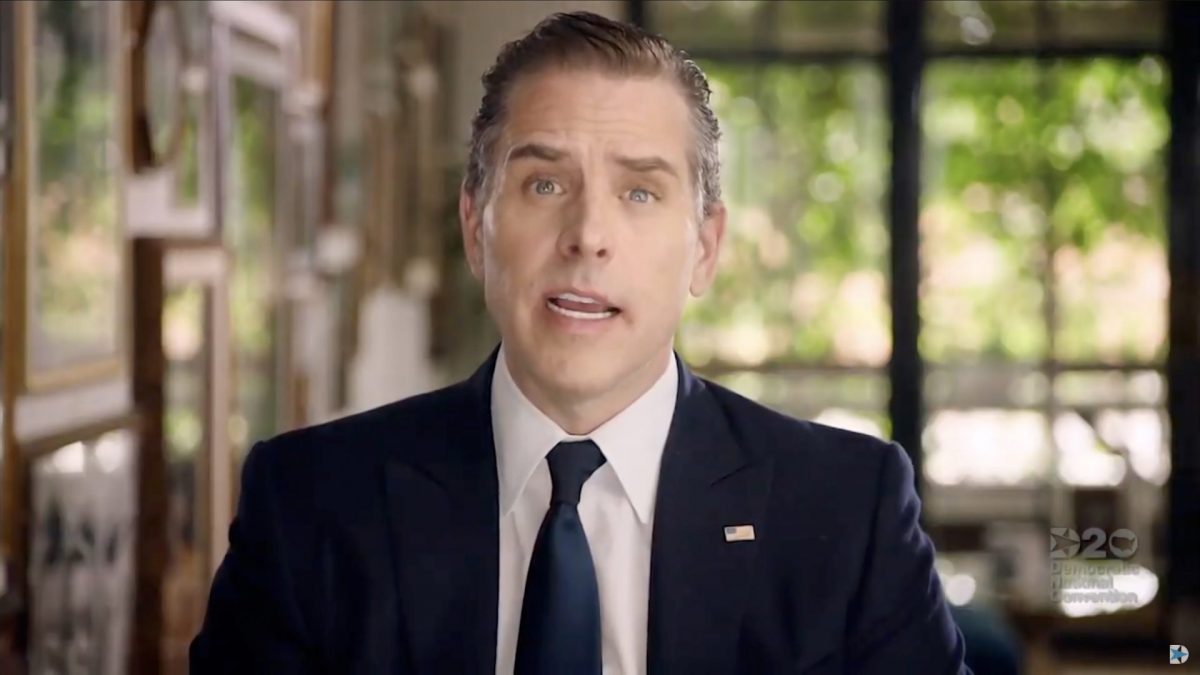 Sheesh! Hunter Biden is currently one of the highest trending topics on Twitter as it’s being reported that his iCloud was allegedly hacked by an anonymous source! A video of Hunter is currently making its rounds on social media, in which he was allegedly seen weighing a large amount of crack cocaine. Some critics also allege he was speaking with a prostitute, which has yet to be confirmed.

According to Vice News, the leak of Hunter’s iPhone data went viral on a platform called 4chan, where an anonymous user claimed to have hacked his iCloud backup. The user alleges to have found all sorts of sensitive information about Hunter and his father Joe Biden.

“Iphone contains voice mails, videos, voice recordings, pictures etc of Joe,” the user alleged. “In this ZIP are two folders, one for an ipad and the other for iphone backup.”

According to NBC News, Secret Service spokesperson Anthony Gugliemli released a statement acknowledging the potential hack, but stated that the agency could not publicly speak on the alleged incident.

At this time we are not in a position to make public comments on potential investigative actions but I can assure you the Secret Service along with other federal law enforcement partners are aware of the social media posts and claims referencing Mr. Biden.”

Hunter’s history of drug abuse and investigations into his tax information have been a topic of discussion since 2020 after Donald Trump’s personal lawyer Rudy Giuliani claimed he obtained HB’s laptop. Guiliani alleged he shared a copy of Hunter’s hard drive with the New York Post, which reportedly obtained information about his father’s spending habits, as well as his own financial affairs.

It is still unclear whether or not Hunter Biden’s files were distributed online as the Biden family has not publicly commented on the matter.