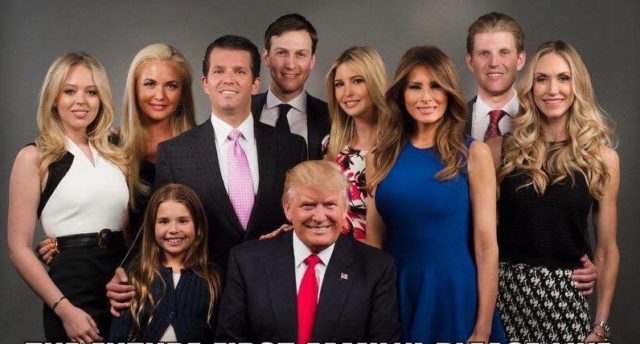 “All tyrannies rule through fraud and force, but once the fraud is exposed, they must rely exclusively on force.” — George Orwell, 1984

What Americans witnessed in Mar-a-Lago is an unprecedented attack on our Republic by the federal government. The home invasion of a former President of these United States have never ever happened before.

We are witnessing the abuse of power in the U.S. like that seen in the 57 dictatorships across the world in Russia, Venezuela, in communist regimes like North Korea, China, Cuba and in Islamic supremist nations like Iran, Saudi Arabia, Afghanistan.

We can now add America under Biden and the Democrat Party as the 58th dictatorship.

Below are members of the Trump family and other commentators expressing both outrage and a dire warning on what Biden and the Democrats have done—taken away equal justice under the law and replaced it with social justice empowered bureaucrats who seek total power and control over we the people from the school house to the White House.

It’s time to drain the swamp of these bolshevist bureaucrats.

Eric Trump: No family in American history has taken ‘more arrows in the back’ than mine

Lara Trump: Trump raid should shock Americans ‘to their core’

TRUMP AT CPAC: ‘Drain the Swamp Once and For All’

LEVIN ON MAR-A-LAGO RAID: “This is the worst attack on this Republic in Modern History”

Bongino: ‘This Is Some Third World Bulls*&% Right Here’

What you are seeing is an abuse of power: Gregg Jarrett