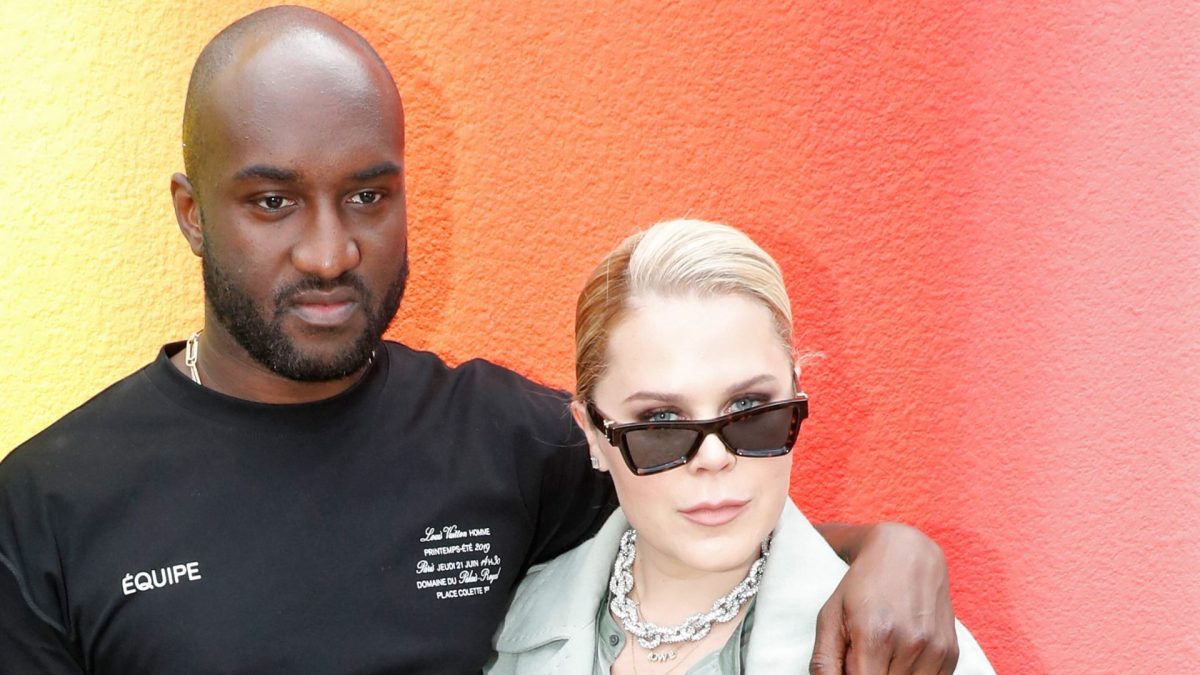 Virgil Abloh might be a common household name, but his widow Shannon isn’t. That’s because she remained in the shadows as her husband wowed the world with his creative mind. They didn’t intend to keep the Abloh home life private, but it worked for them.

“It was never a thing that we discussed. It was just the way our relationship worked,” Shannon said. Later adding, “We knew we wanted to build this close family, and we needed someone to be the stable partner. I was happy to do that.”

Then, Virgil passed in November 2021 from a rare heart cancer called cardiac angiosarcoma. Shannon’s interview with The New York Times, published Tuesday, is the first time we hear from the woman who says she knew “every inch” of Virgil and his mind.

They met as teenagers at a high school soccer game in Rockford, Illinois. She was 17 and in a relationship; he was 18 and smitten. Within a week of meeting Shannon, Virgil made his move. He placed two dozen roses on Shannon’s car and a love note with reasons why she should dump her boyfriend.

And the bold move worked. Virgil and Shannon dated through college and the early years of adulthood. She says she was with Virgil when he “drove a Honda and wore JNCO jeans and a Ralph Lauren polo shirt,” per NYT.

He first proposed at O’Hare airport. At first, she thought he had fallen on the ground. In the years since tying the knot, they welcomed two children, nine-year-old Lowe and six-year-old Grey. About three months before he died, Virgil re-proposed to Shannon at a joint birthday party.

After his death, Shannon tattooed her left wrist with a quote from a love letter Virgil wrote in 2021. The tattoo says, “like a ton of bricks,” in Virgil’s handwriting–a phrase the designer used in I-love-yous to his wife. Shannon says the pandemic gave them 2.5 years to enjoy each other and their family–as his jet-setting work adjusted to worldwide Covid-19 regulations.

Regarding Virgil’s legacy, Shannon isn’t taking a backseat. She says it’s her place and position to steer the direction of his legacy.

“It belongs to me, it belongs to his children,” she said, adding that people from different areas of his life overwhelmingly expressed wanting to “help [Virgil’s] legacy” after death.

Shannon added, “It’s like this train that’s going 500 miles per hour, and I just thought: I have to stay on this train because if I don’t, I don’t know where it’s going to go. That’s my place and position.”

So what’s her plan? It’s far-reaching and all about highlighting and expanding Virgil’s creative visions. But it’s not a plan she discussed with Virgil, who learned of his illness in July 2019.

So, Shannon is leaning toward what she believes Virgil would want.

In May, she united his creative studio Alaska Alaska and Nike-venture Architecture under Virgil Abloh Securities. Shannon is the chief executive. The new company collaborated with Nike to create a four-day festival celebrating Abloh’s life and ideas–set to be introduced this week.

She also serves as the president of the Virgil Abloh Foundation, which will host a summit next year featuring her late husband’s collaborators. Additionally, Shannon is building an archive of the creator’s work.

Alaska Alaska’s business adviser says they’re on a “50-year plan.” And Shannon is loyal to Virgil’s ideas and how he wanted them to happen. The gist of his foundation is visibility and representation.

Shannon says Virgil “didn’t want to be the only Black man in the room sitting at the table.” And though she’s “a white female,” the widow says she’s committed to using the foundation to help ensure Virgil isn’t the last–though he was the first in many aspects.

How Shannon Is Coping With His Death

For the first six months after Virgil died, Shannon said her short-term memory “was gone.”

“I kept thinking ‘is this normal?’ It’s starting to feel a little clearer, and I’m able to, you know, get sentences out that make sense,” Shannon said.

She also has regular sessions with another person who “knows how [Virgil] thought”– his former therapist.

And though she’s working overtime on Virgil’s legacy, the mother of two is also moving on from certain aspects of their life together. For example, she is building a new home. Shannon loves the “beautiful memories” of the old one but says it “has a lot of sad memories too.”

Don Lemon Asks For Disgraced “GMA” Hosts To Be Reinstated

In Victory for Religious Freedom, Student Will Be Allowed to Wear ‘Jesus Loves Me’ Mask at School