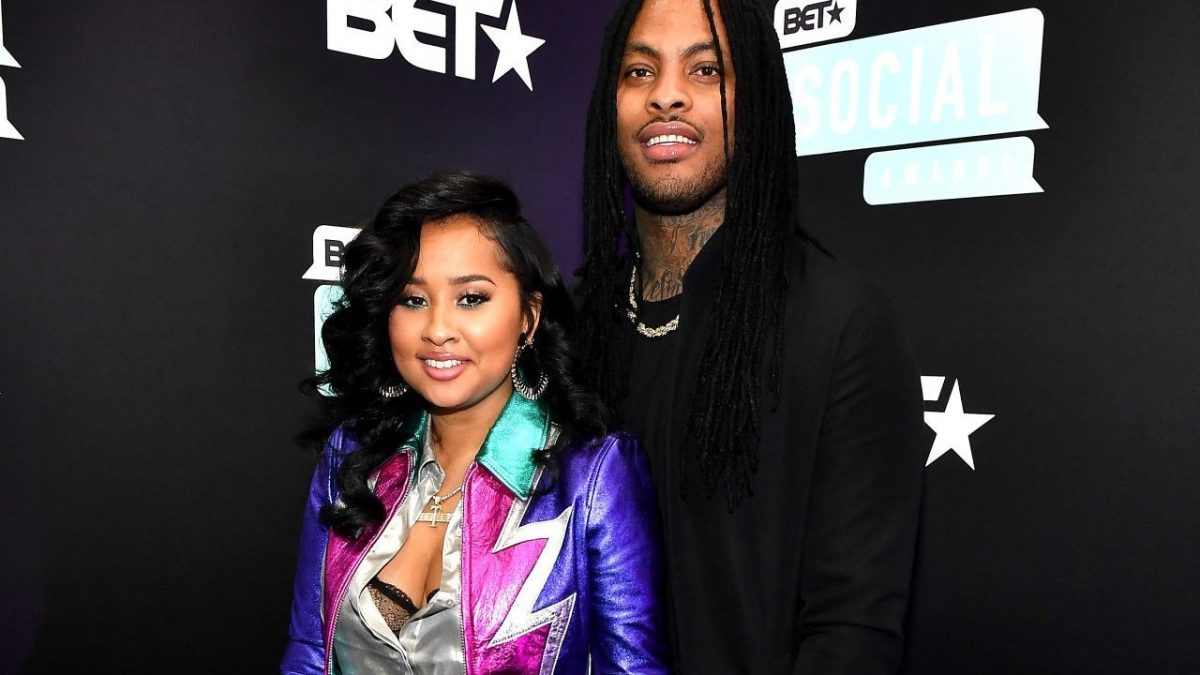 Waka Flocka Flame is taking some responsibility for his part in the 2020 split from his wife of eight-years, Tammy Rivera, saying “it just feels more comforting to say, ‘man, I feel like I caused it.”

The 36-year-old rapper and reality television show star said that was his way of “being a bigger man,” and made sure to say he’s not saying he’s completely to blame for the split.

In a zoom interview this week with HipHopDX, Waka acknowledged there were things they could have done differently to possibly prevent the divorce, and spoke diplomatically of the breakup, which is the central focus of Season 3 of their WEtv reality show “Waka & Tammy: What The Flocka.”

“F*** no,” he said when asked if he imagined going through a divorce on television. “I chose this life 14, 15 years ago, the whole relationship, when I chose to get in this arena of being a celebrity, so it is what it is. It’s definitely depressing with egg on your face, but when it’s like, for me, it just feels more comforting to say, ‘Man, I feel like I caused it.’”

While it’s been over two years since the pair broke up, Waka and Rivera have since managed to peacefully balance out co-parenting duties while remaining friends.

You know where WE’ll be 😊 New episodes of #WakaAndTammy every THURSDAY at 9/8c and available to stream Mondays on @WatchALLBLK. pic.twitter.com/UqVTo4vQIi

Flocka denied that cheating was the reason behind the divorce, saying that any infidelity that occurred in the relationship was “eight years ago,” towards the beginning of their relationship.

In the Season 3 debut of their reality show, which premiered August 18, Waka and his brother discuss the break up while at the grocery store toward the beginning of the episode.

Waka can be heard telling the outlet that “this episode might bring these feelings back though,” and added that the two “separated with grace.”

“My brother came to the house like, ‘I’m about to stay with you, because you’re single, I don’t know where your head space is at,’” he recalled. “It’s been two-and-a-half years. This episode might bring these feelings back though. I don’t know what I felt [then], but I know what I feel. I was definitely in a mental … it was serious. It’s serious, no matter how you want to put it. But we separated with grace.”

The rapper said he has since found himself in “magical ways” since the breakup, and had “upped everything in my life” after the divorce, including his eating patterns, meditations and “things that vibrate high.”

He also said he working on his diet, and declared in a recent Instagram post that he’s going back to a vegan diet.

“I was just going backward,” he said. “It was like, ‘What happens to somebody that eats vegan and goes back to eating toxic, basically?’ And I see I’m getting bigger. I’m like, ‘OK.’ The fun part about that, it’s always fun to detox and eat clean. It feels good when you eat clean.”

Waka went on to say that he’s learned a lot by being on a reality television show, teaching him to look at things from other perspectives, he told HipHopDX.

“What helped me was having a TV show,” he explained. “My first time when I ever seen Tammy hurt was on television. It’s like, ‘No, Waka, you’re out of control.’ I didn’t have nobody around me to be like, ‘Yo!’ And that’s not for me to blame anybody. It let me know I needed to be that for my friends.”

He added that although he and Tammy are over as a couple, he vowed to handle his next relationship differently., saying he will “protect his girl’s emotions at all costs.”

“One example is me never trying to say I can put my woman in position,” he said. “Who am I to tell her how to live her life and put her in a cage and make her feel like if we ain’t on good terms her life ain’t perfect no more? Then she got a personality crisis and lose herself. I will walk with her on her own path she’s walking and be an advisor and protect her emotions. That’s what I’ll do. I’ll sum it up: I’ll just protect my girl’s emotions at all costs.”

The couple didn’t have any biological children together, however Waka Flocka has been a father figure to Tammy’s daughter Charlie since she was four years old.

Catch “Waka & Tammy: What The Flocka” on WEtv every Thursday at 9 p.m. ET.

A Guide to 25 Domesticated & Wild Species