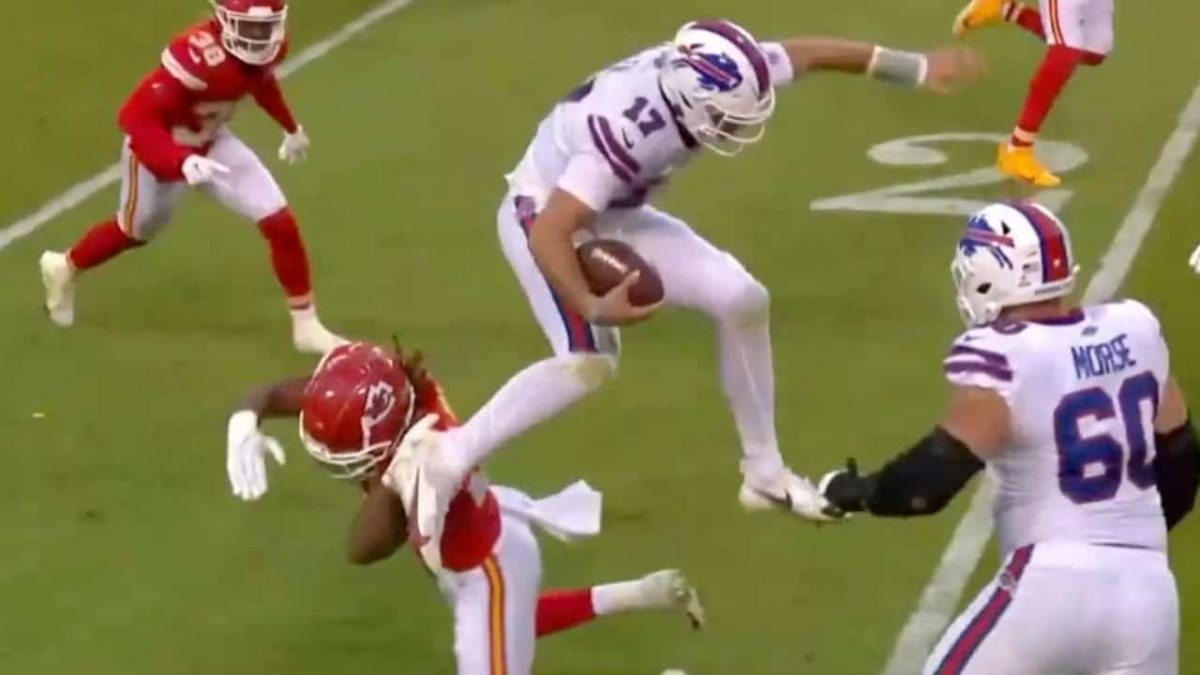 October 16, 2022 was highlighted by the Bills asserting their AFC dominance by defeating KC on a GW-TD to Dawson Knox after Josh Allen’s hurdle on the game-winning drive. The Yankees forced a Game 5 behind Gerrit Cole, despite Josh Naylor’s “rock the baby” celebration. Cooper Rush’s run as the Cowboys QB1 likely ended with a big loss to the undefeated Eagles while the Colts and Bengals both celebrated game-winning TDs in Week 6. Myles Garrett claimed Cleveland’s all-time career Sacks record plus the Jets upset Aaron Rodgers in Green Bay.

The Grizzlies locked down part of their young core by signing Brandon Clarke to a 4y/52M extension. Marcus Mariota had a historic game in the Falcons destruction of the Nick Bosa-less 49ers while the Rams won, but at a huge cost, as LT Joseph Noteboom suffered a torn Achilles in the Rams’ victory over CAR with Robbie Anderson getting kicked out mid-game by his own team. The Dolphins missed Tua as they lost to MIN, while Pittsburgh shocked Tampa Bay despite a depleted defense, and Baltimore lost to NYG on a strip-sack by Kayvon Thibadeaux.

WHAT HAPPENED IN SPORTS OVERVIEW: These posts showcase everything you need to see in pro sports all in one place EVERY DAY. This includes real headlines only (no clickbait rumors), all of the best highlights, interesting facts & records from around the NFL, NBA, & MLB, the main games to watch, notable birthdays, and a quick recap of significant events on this day in sports history.

Hot
Josh Allen outplayed Patrick Mahomes to lead Buffalo’s 24-20 win @ Arrowhead Stadium, giving Mahomes his 1st loss ATS as an underdog (previously 7-0-1) as the Bills take commanding control of the AFC’s No.1 seed in 2022
Hot
New York Yankees forced a winner-take-all game 5 behind Gerrit Cole’s top-notch performance that wasn’t derailed after Josh Naylor’s infamous “rock the baby” HR celebration
Hot
Philadelphia Eagles took down division-rival Dallas Cowboys in what may be Cooper Rush’s last start before Dak Prescott’s return as Philly moved to 6-0 to stay in control of the NFC’s No.1 seed
Hot
Indianapolis Colts beat the Jacksonville Jaguars after a GW-TD by Matt Ryan with under a minute left to get above .500 (3-2-1) for the 1st time this season
Hot
Joe Burrow (300 YDS/4 TOT TD/0 INT) & Ja’Marr Chase (132 YDS & 2 TD) went off during their return to Mercedes Benz Stadium in New Orleans, LA as Burrow’s GW-TD to Chase sealed Cincy’s win vs. the Saints
Hot
Myles Garrett became the Browns all-time leader in career SK (62.5), surpassing Clay Matthews Sr. during the Browns loss to Bailey Zappe’s Patriots
Hot
Memphis Grizzlies signed PF Brandon Clarke to a 4y/$52M rookie contract extension
Hot
Los Angeles Rams starting LT Joseph Noteboom likely suffered a Torn Achilles during the Rams’ win over Carolina during Week 6 and he’ll miss the rest of the 2022 season
Hot
Miami Dolphins starting CB Nik Needham suffered a Torn Achilles during Miami’s loss to Minnesota during Week 6 and he’ll miss the rest of the 2022 season

BUF-KC DOWN TO THE WIRE

Taron Johnson INT! What a game!

Not the first time Gabe Davis has done this in Kansas City!

The @CLEGuardians are climbing back, they only trail by 1. #Postseason pic.twitter.com/NhnjfM3APH

WHAT A CATCH BY BROWN

What an effort from Noah Brown!

THE @COLTS TAKE THE LEAD WITH 17 SECONDS LEFT! #JAXvsIND pic.twitter.com/6BCQXWzQfN

JA'MARR CHASE. THERE HE GOES.

Rashid Shaheed was elevated from the practice squad yesterday.

Is that an interception?!

Hot
Harrison Butker kicked the longest FGM (62 YDS) in Kansas City Chiefs history
Hot
Patrick Mahomes has the most games (33) with 300+ PASS YDS during a player’s 1st 6 career seasons in NFL history, passing Dan Marino
Hot
Josh Allen is the only QB to beat Patrick Mahomes at Arrowhead Stadium multiple times in NFL history
Hot
Gerrit Cole has the most Ks (127) through a Pitcher’s 1st 16 Playoff games in MLB history
Hot
Harrison Bader has the most HR (3) during 1 Postseason after having 0 HR during that regular season with the team in MLB history
Hot
Harrison Bader has the most HR (3) through a player’s 1st 4 Playoff games with the New York Yankees in franchise history since 1939, tying the team record
Hot
Oswaldo Cabrera was the 1st player to start at SS for a team facing elimination despite under 30 career innings at the position [regular & postseason combined]
Hot
Philadelphia Eagles have the most PTS (112) during the 2nd Qtr through the 1st 6 weeks of a season in NFL history
Hot
Jalen Hurts is the 1st player with 1,500+ PASS YDS/250+ RUSH YDS/6+ Wins over a 6-GP span in NFL history
Hot
Most career SK in Cleveland Browns history: 1. MYLES GARRETT (62.5)^, 2. Clay Matthews Sr. (62.0), 3. Michael Dean Perry (51.5), 4. Rob Burnett (40.5) [SK official since 1982)

2016: Carolina Panthers QB Cam Newton passed Jake Delhomme for the most career PASS YDS (19,258) in franchise history. Newton extended his record to 29,725 which still stands as the franchise record today

2005: Chicago White Sox defeated the Los Angeles Angels in the ALCS to advance to their 1st World Series since 1959 as they would win their 1st Championship since 1917 thanks to their SP recording 4 consecutive Complete Games

2003: New York Yankees 3B Aaron Boone hit a legendary walk-off HR in ALCS Game 7 off of Boston Red Sox RP Tim Wakefield to clinch New York’s 6th AL pennant in 8 years. The Yankees lost to the Marlins in 1 of the biggest World Series upsets ever

1988: Los Angeles Dodgers SP Orel Hershiser became the 1st to pitch a Playoff (NLCS) and World Series shutout during the same postseason in MLB history with a 3-hit SHO (had 3 Hits of his own) in a WS Game 2 victory over the Oakland Athletics

1970: Portland Trail Blazers defeated a fellow expansion franchise in their NBA debut for their very 1st victory, the Cleveland Cavaliers

1962: Appearing in their 12th of the last 14 World Series, New York Yankees SP Ralph Terry pitched a 1-0 shutout against the San Francisco Giants in Game 7 to win the franchise’s 20th championship in 40 years

1921: During a victory over the Chicago Cardinals, Jim Conzelman took over as HC for the Rock Island Independents in place of Frank Coughlin — the only time in NFL history a coaching change has been made mid-game

The post What Happened in Sports: October 16, 2022 appeared first on Pro Sports Outlook.