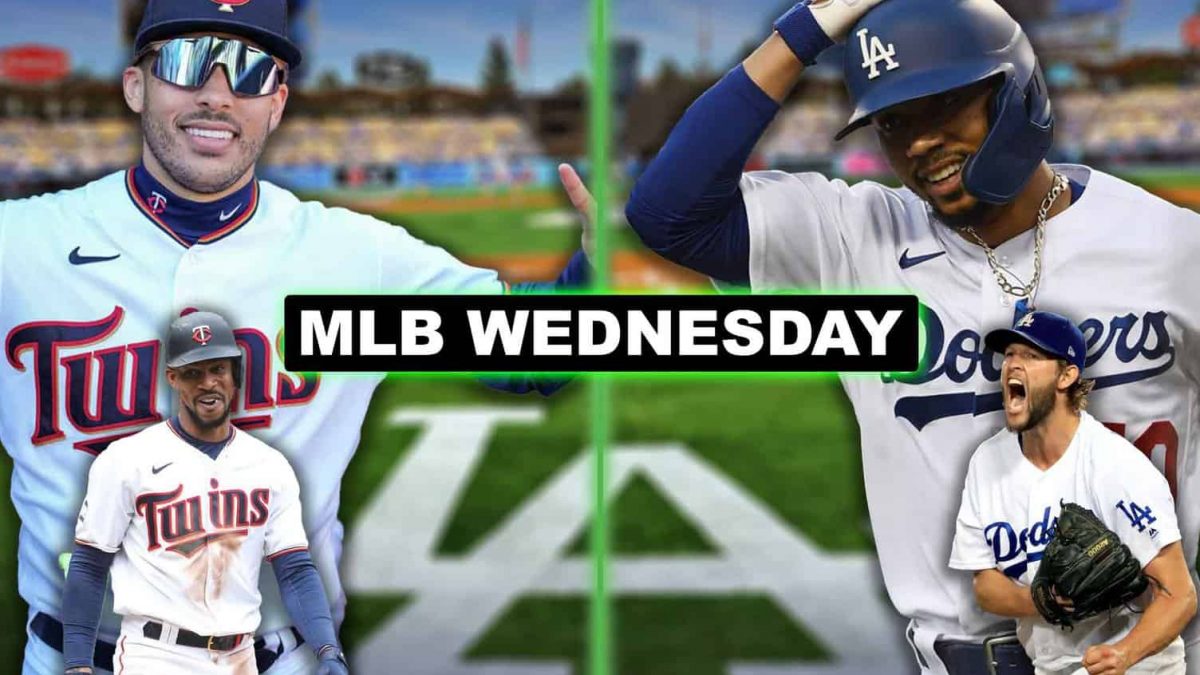 – August 10, 2019: Alvarez and Aquino set rookie records, Carson Kelly and the Mets had a clutch night, and more!

Hot
Arizona Cardinals will be featured in the 2nd ever in-season Hard Knocks with the HBO camera crew following their season beginning Novermber 9th until it concludes
Hot
The 2022 Hard Knocks preseason featuring the Detroit Lions premiered on HBO with HC Dan Campbell leaving some memorable lines, #2 overall pick Aidan Hutchinson inspiring the entire team to sing “Billie Jean” by Michael Jackson, and RB Jamaal Williams making an emotional pep talk to the squad
Hot
Los Angeles Rams extended Super Bowl Champion HC Sean McVay on a 4-year deal
Hot
Boston Red Sox SP Chris Sale suffered a broken right wrist during a bike accident that will force him to miss the rest of the 2022 season after only 5.2 IP and 42.2 IP in 2021
Hot
Baltimore Ravens signed 5x All-Pro Kicker Justin Tucker to a 4y/$24M contract extension including $17.5M GTD, making him the highest-paid Kicker in NFL history
Hot
New York Jets RT Mekhi Becton suffered an avulsion fracture in his right knee that is expected to sideline him for the entire 2022 season
Hot
Jacob deGrom had a historic outing as he carried a Perfect Game into the 6th inning as New York beat the Braves for the 3rd straight time for a huge 4-1 5-game series win over their division-rival
Hot
The NBA released the top-100 dunks of the year along with other dunking highlights from the 2021-22 season to cap off “Dunk Week”
Hot
The NFL Hall of Fame class of 2022 including DL Richard Seymour, OT Tony Boselli, DL Bryant Young, S LeRoy Butler, WR Cliff Branch, LB Sam Mills, HC Dick Vermeil, & referee Art McNally were officially enshrined with their busts & speeches as part of the ceremony
Hot
Dylan Cease broke Jacob deGrom’s MLB record for the most consecutive GS (13) allowing 1 ER or less as the White Sox won 2-1 to tie Cleveland for 2nd in the AL Central (2 GB from Twins)

The @Mariners walk it off in the 13th! pic.twitter.com/ppsW2GdEkr

TYRONE TOOK IT AWAY

NO HR FOR LINDOR

.@albertalmora got UP and brought this one back in. pic.twitter.com/lcC6CFZd1v

A WEB GEM GETS RESPECT

You know it's a great play when the other team congratulates you. pic.twitter.com/131LKCQ5WG

Paul DeJong to Big Mac Land and the Cards are ready to break out the brooms. pic.twitter.com/9VT9goCWDC

HIURA WAS THE HERO

The final 10 of our Top 100 Dunks of the 2021-22 Season countdown starts with a Ja throwdown!#ATTSlamDunk x #NBADunkWeek | @ATT pic.twitter.com/GViFslJYyX

Sometimes NOTHING can stop a throwdown 🔨

Check out the best dunks over multiple defenders from this past season! #NBADunkWeek pic.twitter.com/vX5Vzw2P5F

1995: “Ball Night” at Dodger Stadium unexpectedly turned into a forfeit by Los Angeles in the bottom of the 9th due to fans throwing the souvenir baseballs onto the field on 3 occasions

1981: On the 1st day of MLB’s return after a 2-month work stoppage, Philadelphia Phillies 1B Pete Rose broke Stan Musial’s NL hits record by recording his 3,061st career base hit

1934: New York Yankees legend Babe Ruth officially announced his retirement as a full-time player; he would still coach and pinch-hit the rest of the season for the Yankees and in 1935 for the Boston Braves

‘If You’re Innocent, Why Are You Taking The Fifth?’: Trump Defies His Own Past Statements In Deposition