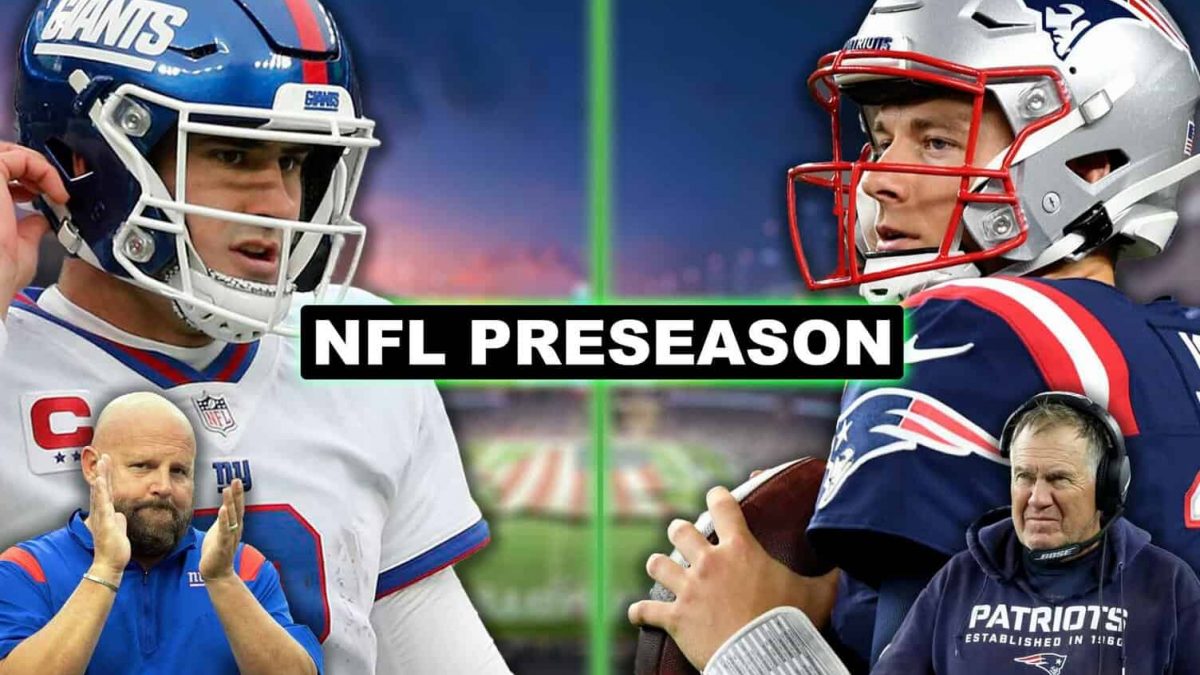 Hot
Seattle Mariners beat the New York Yankees 1-0 after a 13th inning walk-off as Luis Castillo & Gerrit Cole dueled before the bullpens locked it down in the longest scoreless game since the ghost runner was introduced in 2019
Hot
The 2022 Hard Knocks preseason featuring the Detroit Lions premiered on HBO with HC Dan Campbell leaving some memorable lines, #2 overall pick Aidan Hutchinson inspiring the entire team to sing “Billie Jean” by Michael Jackson, and RB Jamaal Williams making an emotional pep talk to the squad
Hot
Arizona Cardinals will be featured in the 2nd ever in-season Hard Knocks with the HBO camera crew following their season beginning Novermber 9th until it concludes
Hot
Los Angeles Rams extended Super Bowl Champion HC Sean McVay on a 4-year deal while he had 2 years still remanining
Hot
Boston Red Sox SP Chris Sale suffered a broken right wrist during a bike accident that will force him to miss the rest of the 2022 season after only 5.2 IP and 42.2 IP in 2021
Hot
Baltimore Ravens signed 5x All-Pro Kicker Justin Tucker to a 4y/$24M contract extension including $17.5M GTD, making him the highest-paid Kicker in NFL history
Hot
New York Jets RT Mekhi Becton suffered an avulsion fracture in his right knee that is expected to sideline him for the entire 2022 season
Hot
Jacob deGrom had a historic outing as he carried a Perfect Game into the 6th inning as New York beat the Braves for the 3rd straight time for a huge 4-1 5-game series win over their division-rival
Hot
The NBA released the top-100 dunks of the year along with other dunking highlights from the 2021-22 season to cap off “Dunk Week”
Hot
The NFL Hall of Fame class of 2022 including DL Richard Seymour, OT Tony Boselli, DL Bryant Young, S LeRoy Butler, WR Cliff Branch, LB Sam Mills, HC Dick Vermeil, & referee Art McNally were officially enshrined with their busts & speeches as part of the ceremony

The @Mariners walk it off in the 13th! pic.twitter.com/ppsW2GdEkr

MACHADO DOES IT AGAIN

YAZ YANKED IT AWAY

What a catch by Mike Yastrzemski! pic.twitter.com/KoNfOwNbc7

TYRONE TOOK IT AWAY

NO HR FOR LINDOR

.@albertalmora got UP and brought this one back in. pic.twitter.com/lcC6CFZd1v

A WEB GEM GETS RESPECT

You know it's a great play when the other team congratulates you. pic.twitter.com/131LKCQ5WG

Paul DeJong to Big Mac Land and the Cards are ready to break out the brooms. pic.twitter.com/9VT9goCWDC

2020: Damian Lillard became the 1st player with 50+ PTS during consecutive games in Portland Trail Blazers history as tied his own franchise-record of 61 PTS (9 3PM, 18-18 FT)

2018: Oakland A’s CF Ramon Laureano made 1 of the most impressive MLB throws of all-time as he doubled up the runner from 1st base with a laser throw (no hops) from the warning track on the left side of center field

1982: Minnesota Twins SP Terry Felton was charged with a 6-3 loss to the Angels, dropping his career record to 0-14 — the worst individual start to a career in MLB history. Felton would ultimately finish his career with a 0-16 record, the most losses without a win ever

1962: The very 1st NFL Hall of Fame Game is played as the Giants and Cardinals tied 21-21 in the new annual NFL preseason opener

1961: Warren Spahn recorded his 300th career win en route to his 363 career victories, the most by any lefty in MLB history

1929: New York Yankees OF Babe Ruth became the very 1st player to ever reach 500 career home runs in MLB history. Nobody else would join the exclusive club for 11 years until Jimmie Foxx hit his 500th career HR

1919: Green Bay Packers were officially founded by Curly Lambeau and became the most successful franchise of the NFL’s 1st 100 years with an NFL-record 13 titles (9 NFL Championships, 4 Super Bowls)

Wide Receiver Options for the Packers