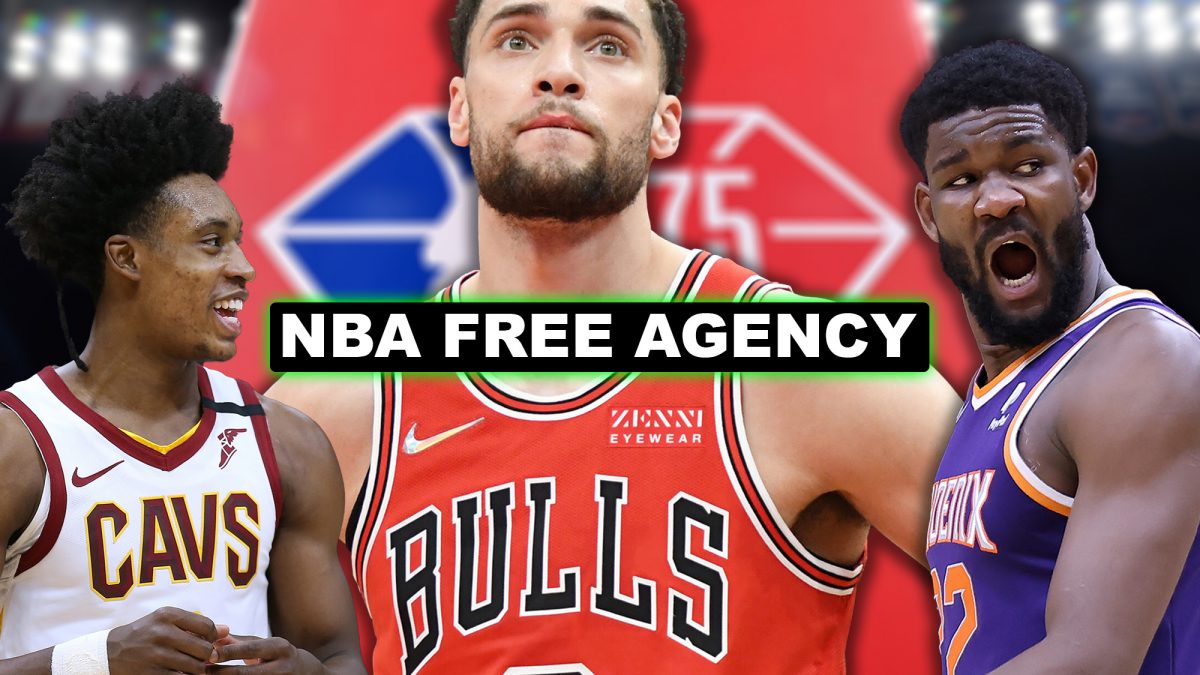 What an insane catch by @3_JonathanDavis!

(And he was OK after too 🙏) pic.twitter.com/7S4E0vEoZv

The legend of Josh Naylor continues in Cleveland.

NOT GOING DOWN EASY

Down to the last out, Avisail Garcia with a go-ahead 2 run blast! pic.twitter.com/PXyM04nsYn

The best plays from the 2022 Playoffs 🎥 pic.twitter.com/mq6KM83IgW

Terry McLaurin is the only WR to record 5+ REC & 1 REC TD during each of his 1st 3 career GP in NFL History
pic.twitter.com/Odquz5Rzvj

The @Dbacks come back from down 6-0 to walk it off!

That matches the largest comeback in their history 🤯 pic.twitter.com/117wlbHJnD

Vladdy for the win! pic.twitter.com/u5fyMzWYwZ

Watch the best CLUTCH plays from the 2022 #NBAPlayoffs pic.twitter.com/ltpvD2DgHi

🔊 Sound on to feel the energy of the moment

Check out some of the best plays that made the crowd erupt from the 2022 postseason! pic.twitter.com/9UgHHTnWk2

2018: After leading his hometown Cleveland Cavaliers to the NBA Finals all 4 seasons (won 1), SF LeBron James signed a 4y/$153M contract with the Los Angeles Lakers which led to their 1st Playoff appearance in 7 seasons & 1st Finals in 10 years

2013: New York Yankees SP Andy Pettitte surpassed Whitey Ford for the most career Ks (1,956) in franchise history during his final season in the MLB. Pettitte played all but 3 of his seasons for the Yanks and recorded 2,020 Ks which remains the record today

2011: The NBA CBA officially expired without a new agreement in place, beginning the 4th lockout in NBA history. It would last 161 days and ultimately cut the season to only 66 games, beginning December 15th

2004: In the 12th inning of an eventual victory over the Boston Red Sox, New York Yankees SS Derek Jeter made an iconic play, flying into the stands and scratching up his face to catch a pop fly

1982: Baltimore Orioles 3B Cal Ripken Jr. made the 1st of his MLB-record 2,216 consecutive starts

1945: Detroit Tigers HOF OF Hank Greenberg, the 1st baseball star to return home from WWII, hit a HR in his 1st game back

1920: Washington Senators SP Walter Johnson pitched the only no-hitter of his career at Fenway Park, only missing a Perfect Game on an error by 2B Bucky Harris

Verisign Reports Internet Has 350.5 Million Domain Name Registrations at the End of the First Quarter of 2022