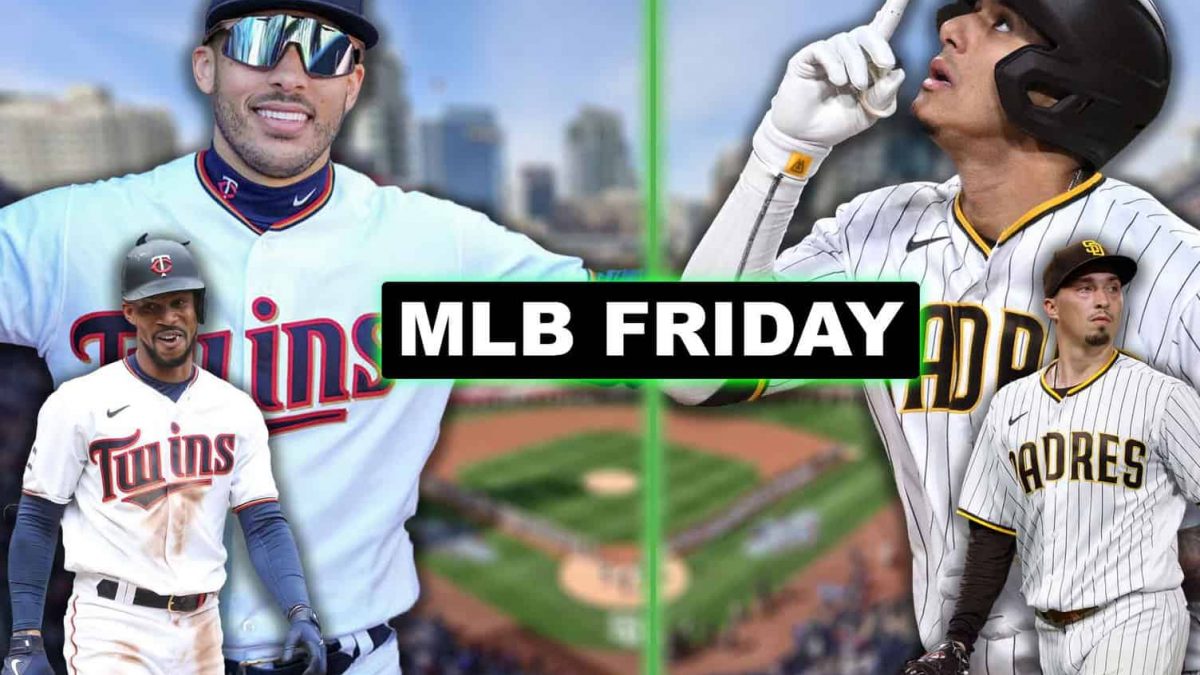 Hot
New York Yankees acquired OF Andrew Benintendi from the Kansas City Royals for prospects LHP T.J. Sikkema (rated NYY’s #19 prospect by MLB Pipeline), RHP Beck Way (#21) and RHP Chandler Champlain (not top-30)
Hot
Max Scherzer set records on his birthday with 7 scoreless innings but the bullpen blew the lead before Starling Marte hit the 9th inning walk-off RBI to lead the Mets to a 2-0 series lead over crosstown rival Yankees
Hot
LB K.J. Wright signed a 1-day contract to retire as a member of the Seattle Seahawks after 11 years in the NFL (10 with Seattle) at 33 years old
Hot
Mets & Yankees set Subway Series records as they kicked off their 2022 battle with a close Game 1 that saw a historic amount of HR, XBH, and Edwin Diaz close it out with a traffic-jammed save in the 9th
Hot
Chicago Bears signed OT Riley Reiff to a 1y/$10M deal with a max value of $12.5M who will likely take over the starting LT position to protect Justin Fields’ blindside while 2021 rookies Teven Jenkins & Larry Borom battle it out for the starting RT spot
Hot
Seattle Seahawks RB Chris Carson is retiring from the NFL at 27 years old after 5 seasons with the Seahawks due to a neck injury
Hot
Green Bay Packers extended GM Brian Gutekunst & HC Matt LaFleur to long-term deals after winning 13+ games during each of the last 3 seasons
Hot
2x Super Bowl Champion WR Danny Amendola officially announced his retirement after 13 seasons in the NFL at 36 years old
Hot
MLB inducted the Hall of Fame class of 2022 with Boston Red Sox legend Big Papi David Ortiz & media personnel Tim Kurkjian headlining the list
Hot
Houston Texans rookie WR John Metchie will likely miss the entire 2022 season after being diagnosed with leukemia

MARTE WINS IT FOR METS

The @Mets take the first half of the #SubwaySeries! #walkoff pic.twitter.com/QFzmrTWIoh

Pujols is also the oldest (42y, 192d) player to hit a HR at the Rogers Centre in MLB history pic.twitter.com/7MDMqa12o6

NO ARENADO NO PROBLEM

Hail to the Victor. pic.twitter.com/xR06EaLux0

ROX SNEAK A WIN VS. CHW

Josh Naylor is so CLUTCH! pic.twitter.com/xrsrrL7YzM

The @Orioles have that dog in them! pic.twitter.com/pjvZQ4JLJR

You'll never see a play like this again. 😳 pic.twitter.com/D1B9AGKJ6Z

PROFAR GOING ALL OUT

Heck of a catch by Jurickson Profar with the game on the line: pic.twitter.com/adS7T4mgS5

Hot
New York Yankees have have made a mid-season trade for a player who made an All-Star team earlier that same season more times (8) than any team (5) in MLB history
Hot
Most career Ks on a player’s birthday in MLB history: 1. Max Scherzer (41), 2. Randy Johnson (39), 3. Roger Clemens (31)
Hot
Max Scherzer is the oldest (38) player to record 0 Runs allowed during a GS on their birthday since 1934
Hot
Max Scherzer is the 1st Mets Pitcher with 0 Runs allowed during a GS on their birthday since 1985
Hot
Max Scherzer’s career stats on his birthday: 41 Ks, 0.82 ERA, & 0.85 WHIP in 33 IP over 5 GP
Hot
John Schneider recorded the most Wins (8) through a Manager’s 1st 10 games with the Toronto Blue Jays in franchise history
Hot
Albert Pujols hit the longest (439 ft.) HR by a player age-42+ in the MLB Statcast Era (since 2015)
Hot
Albert Pujols is the oldest (42y, 192d) player to hit a HR at the Rogers Centre in MLB history
Hot
New York Mets & Yankees have the best combined WIN% (.648) entering a Subway Series matchup in MLB history (Mets originated in 1962)
Hot
New York Mets & Yankees each hit multiple HR during the same inning (1st) against each other for the 1st time in MLB history

2011: Philadelphia Phillies acquired OF Hunter Pence from the Houston Astros in exchange for 4 players including OF Domingo Santana

2003: Boston Red Sox 3B Bill Mueller became the 1st player to hit a Grand Slam from both sides of the plate during the same game in MLB history

1997: Seattle Mariners OF Jay Buhner pulled off an all-time HR robbery in Fenway Park to take a HR away from Scott Hatteberg while falling into the bullpen

Anyone who says America is a ‘democracy’ is a closet communist

The 3 Best Facts to Know About WR Diontae Johnson