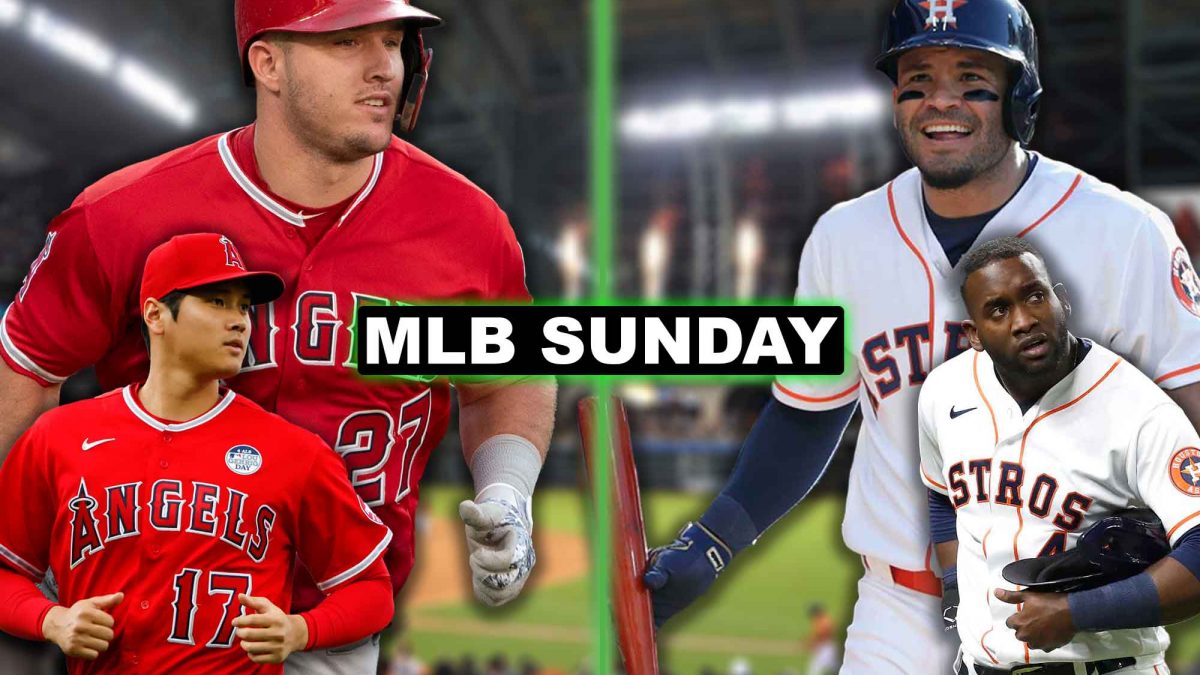 The second career cycle for Nolan!

BUXTON WITH THE ENERGY

Take a look back at the most memorable moments and top plays from the 2022 NBA Playoffs! pic.twitter.com/szgCADFi8U

A race to the bag! 😂 pic.twitter.com/NfXUy4pOh4

Check out the best dunks of the 2022 Playoffs ⬇️ pic.twitter.com/tI49FwaMyF

🎥 Watch the best long-range shots from the 2022 postseason pic.twitter.com/xZpVt64kQZ

Which dribble move is your favorite? pic.twitter.com/uljdCuGsoy

Take a look at the best defensive and effort plays from the 2022 NBA Playoffs! pic.twitter.com/fPE8cUnK1o

Hot
Zach LaVine is the 1st player to sign a contract worth $100M+ in Chicago Bulls history
Hot
Minnesota Timberwolves are the 1st team to have 2 players under contracts worth $200M+ in NBA history
Hot
Now that Rudy Gobert got traded, the only player from the 2013 NBA Draft that’s still on the team that drafted him is Giannis Antetokounmpo
Hot
2022 has seen the shortest span (52 days) to have 5 MLB cycles in the Modern Era [since 1900]
Hot
2022 is the 1st time there have been 5+ cycles before July 4th during a season in MLB history
Hot
Only Babe Ruth (1928 & 1930) has more HR (30 x2) than Aaron Judge (29) before July by a player in New York Yankees history
Hot
Cristian Javier recorded the most Ks (27) while allowing 1 hit or less over a 2-GP span in the Modern Era [since 1900]
Hot
Tony Gonsolin is the 1st MLB Pitcher to begin a season with 10 Wins/0 Losses/50 Hits allowed or less in the Live-Ball era [since 1920]
Hot
Darick Hall is the 1st Phillies player with 3+ HR during his 1st 3 career GP in 100+ years
Hot
Jalen Brunson is the 1st player to sign a contract with a new team worth $100M+ without ever making the All-Star team in NBA history

2013: Boston Celtics hired Butler HC Brad Stevens as the team’s new HC 2 years after he led Butler to 2 consecutive CBB National Championships. Stevens coached in Boston for 7 years before moving into an executive role during 2021

2001: The NBA Board of Governors officially approved the relocation of the Vancouver Grizzlies to Memphis, Tennessee as the 1st NBA franchise to relocate since the Kings left Kansas City for Sacramento in 1986

2001: Boston Red Sox prospect Izzy Alcantara memorably kicked the Catcher after being hit by a pitch

1983: In the 15th inning, the Texas Rangers piled on 12 runs to defeat the Oakland Athletics 16-4 to set an MLB record for runs in a single extra inning

1966: Atlanta Braves SP Tony Cloninger became the 1st NL player to hit 2 grand slams in a single game and drove in 9 RBI in a 17-3 victory over the Giants to set an MLB record for a Pitcher

1960: Atlanta Braves OF Hank Aaron surpassed Wally Berger for the most HR (199) in Braves franchise history. Aaron would go on to break Babe Ruth’s career HR record (714) on his way to 755 total and a franchise-best 733 HR that will represent the team record for a long time

Adele Doubles Down On Decision To Cancel Her Las Vegas Residency: "You Can't Buy Me"