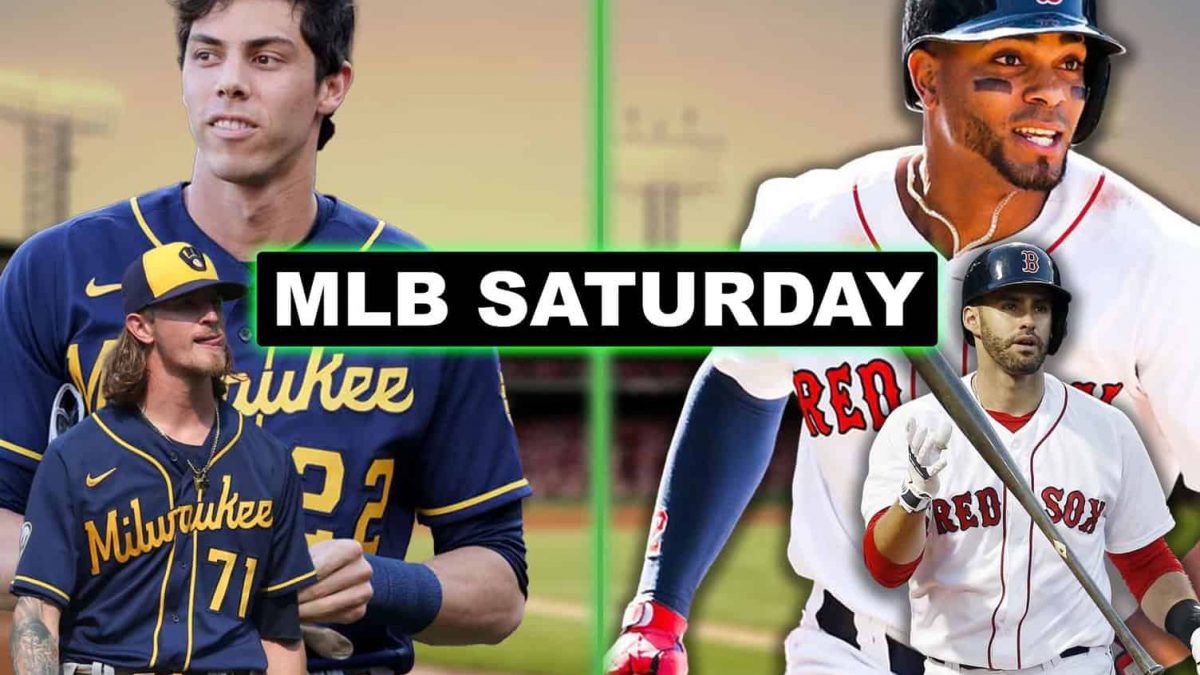 – July 30, 2020: The NBA returned to action, Lakers beat the Clippers at the end, the Jazz edged out Pelicans, and more!

Hot
Seattle Seahawks signed WR D.K. Metcalf to a 3y/$72M extension including $58.2M GTD & a $30M signing bonus, the highest for a WR in NFL history
Hot
Aaron Judge blasted the walk-off HR to break a 0-0 tie as the Yankees beat the Royals 1-0 to overcome Brad Keller’s brilliant performance (7 IP, 1 Hit, 10 Ks, 1 BB)
Hot
Kansas City Chiefs signed 2x Pro Bowl EDGE Carlos Dunlap to a 1-year deal worth up to $8M
Hot
Miami Marlins SP Max Meyer will undergo Tommy John surgery, forcing him to miss the rest of the 2022 season and likely all of the 2023 season
Hot
New York Yankees acquired OF Andrew Benintendi from the Kansas City Royals for prospects LHP T.J. Sikkema (rated NYY’s #19 prospect by MLB Pipeline), RHP Beck Way (#21) and RHP Chandler Champlain (not top-30)
Hot
Max Scherzer set records on his birthday with 7 scoreless innings but the bullpen blew the lead before Starling Marte hit the 9th inning walk-off RBI to lead the Mets to a 2-0 series lead over crosstown rival Yankees
Hot
LB K.J. Wright signed a 1-day contract to retire as a member of the Seattle Seahawks after 11 years in the NFL (10 with Seattle) at 33 years old
Hot
Mets & Yankees set Subway Series records as they kicked off their 2022 battle with a close Game 1 that saw a historic amount of HR, XBH, and Edwin Diaz close it out with a traffic-jammed save in the 9th
Hot
Chicago Bears signed OT Riley Reiff to a 1y/$10M deal with a max value of $12.5M who will likely take over the starting LT position to protect Justin Fields’ blindside while 2021 rookies Teven Jenkins & Larry Borom battle it out for the starting RT spot
Hot
Seattle Seahawks RB Chris Carson is retiring from the NFL at 27 years old after 5 seasons with the Seahawks due to a neck injury

AARON JUDGE AT IT AGAIN

HR RIGHT OFF HIS HEAD

MARTE WINS IT FOR METS

The @Mets take the first half of the #SubwaySeries! #walkoff pic.twitter.com/QFzmrTWIoh

Pujols is also the oldest (42y, 192d) player to hit a HR at the Rogers Centre in MLB history pic.twitter.com/7MDMqa12o6

NO ARENADO NO PROBLEM

Hail to the Victor. pic.twitter.com/xR06EaLux0

ROX SNEAK A WIN VS. CHW

Josh Naylor is so CLUTCH! pic.twitter.com/xrsrrL7YzM

The @Orioles have that dog in them! pic.twitter.com/pjvZQ4JLJR

2015: Milwaukee Brewers traded SP Mike Fiers and OF Carlos Gomez to the Houston Astros for 4 players including RP Josh Hader and OF Domingo Santana

2005: NBA officially decided to end direct high school entrance, forcing NBA prospects to spend at least one year in college (or elsewhere) before entering the draft, giving rise to the one-and-done era

1959: In his MLB debut, future HOF 1B Willie McCovey recorded 4 hits in 4 at-bats with 2 triples in a 7-2 victory over the Philadelphia Phillies

1874: The Boston Red Stockings and Philadelphia Athletics became the very 1st baseball teams to play outside of the US, traveling to the British Isles to play a few exhibition games