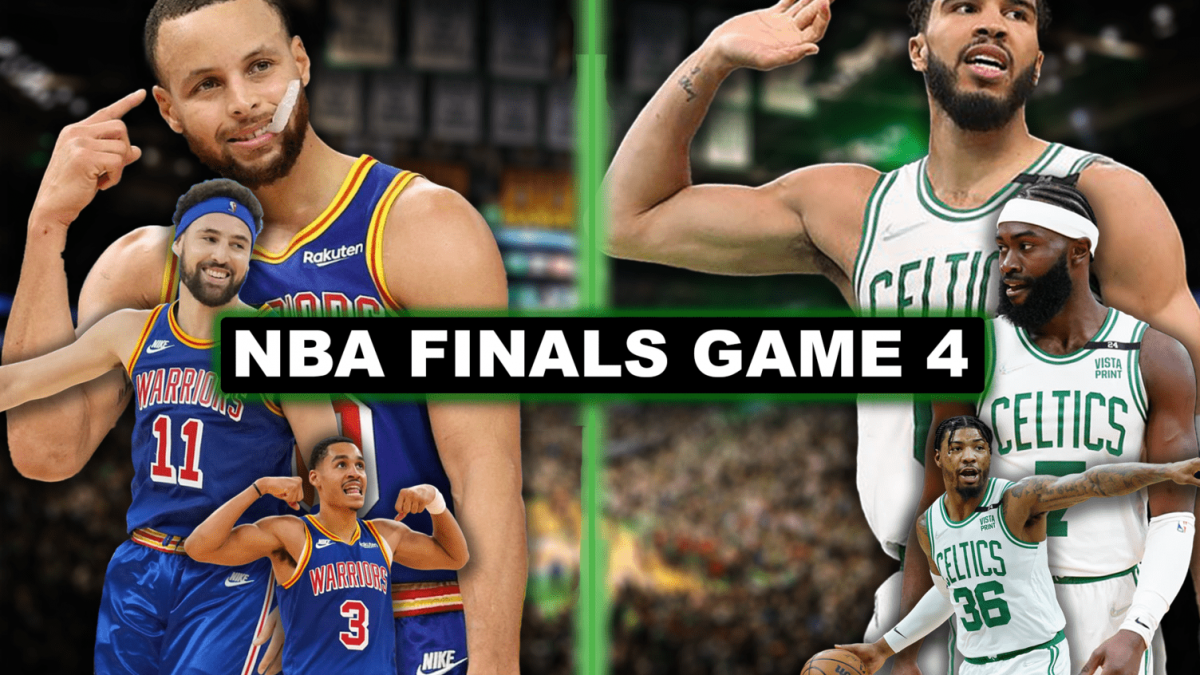 June 10th, 2022 features a pivotal NBA Finals Game 4 between the Celtics and Warriors as Golden State looks to avoid a dreaded 3-1 deficit after Boston’s dominant fourth quarter gave them a 2-1 series lead. A 15-game slate on MLB Friday is highlighted by a fierce NLDS rematch as Walker Buehler‘s Dodgers take on Brandon Crawford‘s Giants. AL Playoff hopefuls Minnesota and Tampa start a series while Trout‘s Angels look to turn their season around vs. Alonso‘s Mets. NFL teams evaluate players who made impressions in the first week of minicamps.

See what happened in sports on June 10th last year, headlined by Giannis and Middleton carrying the Bucks past Brooklyn with Jrue‘s GW-bucket to avoid a 3-0 deficit, the Jazz raining down threes on LAC as D-Mitch dominated en route to a 2-0 lead, and the Twins staging an epic ninth-inning rally against Aroldis Chapman as well as what happened in sports on June 10th, 2020 ft. the Tigers taking Spencer Torkleson to kick off MLB’s first ever virtual draft and and Jets LB C.J. Mosley being cleared for football activities after an injury-plagued 2019.

Hot
Boston Celtics picked up a big win in NBA Finals Game 3 after another strong 4th Qtr where Jayson Tatum, Jaylen Brown, & Marcus Smart all played great to overcome positive performances from Steph Curry & Klay Thompson while Draymond Green fouled out with only 2 PTS
Hot
Los Angeles Rams signed 2021 NFL OPOY WR Cooper Kupp to a 3y/$80M extension, including a NFL WR-record $75M GTD
Hot
Philadelphia Phillies picked up their 5th straight win since firing Manager Joe Girardi as they handed Josh Hader his 1st & 2nd allowed Run of 2022 on back-to-back jacks from Alec Bohm & Matt Vierling in the 9th inning to turn a 2-1 deficit into a 3-2 win at Milwaukee
Hot
Los Angeles Angels fired 2016 World Series-winning Manager (with CHC) Joe Maddon after a 130-148 tenure since 2020 including a 27-29 record during 2022 amidst an 12-game losing streak
Hot
Los Angeles Rams made 3x DPOY Aaron Donald the highest-paid non-QB in NFL history ($31.7M AAV) with a 3y/$95M extension for a $40M raise through 2024 ($65M gtd through 2023)
Hot
Denver Broncos sold for a record $4.65 Billion Dollars as Walmart heir Rob Walton won the bidding in the most expensive team sale in sports history
Hot
Golden State Warriors went off for a 19-2 run to end Q3 that was capped off with big 3’s including Jordan Poole’s legendary halfcourt buzzer-beater as they neutralized Boston’s role players to blowout Boston and even up the NBA Finals 1-1
Hot
Utah Jazz HC Quin Snyder has stepped down from his position as Utah will now look for a new HC immediately
Hot
Pittsburgh Pirates rookie OF Jack Suwinski put the team on his back by lifting the team to a 2-1 victory by hitting a 2-run walk-off HR when trailing 1-0 in the 9th inning against the Arizona Diamondbacks
Hot
Houston Astros agreed to extend DH Yordan Alvarez to a 6y/$115M extension through the 2028 season

Jaylen Brown recorded the most PTS (17) during the 1st Qtr of a Finals GP in Boston #Celtics history, and the t-most PTS in any Finals Qtr with Ray Allen (2010 2nd Qtr) pic.twitter.com/ovkdSYToSl

STEPH FROM DEEP + THE FOUL 🤯 pic.twitter.com/W9Zg5f6Exn

Steph Curry drains the 3 to give the @warriors the lead!

👀 some classic GAME 3 PLAYS from the past!

JESUS WINS IT FOR MIAMI

Jesús Walks (it off) pic.twitter.com/W2KGHHW5aW

THIS GAME IS GONZO ✌️ pic.twitter.com/29E7AbR3DY

KUPP GOT THE CASH

What a 9th inning for the @Phillies! 😱

WHAT A WALK OFF IN TAMPA

Down to their last strike, @dt_walls walks it off!

2019: Kevin Durant returned from a heel injury in NBA Finals Game 5 with the Golden State Warriors trailing 3-1 in the series, but ended up tearing his Achilles in the 2nd Qtr against the Toronto Raptors and wouldn’t return until 18 months later with the Brooklyn Nets for the 2020-21 Opening Day

2019: Philadelphia Phillies & Arizona Diamondbacks combined for a MLB record 13 home runs, surpassing the old record of 12 set by the Tigers vs. White Sox (2x). Philadelphia alone hit a franchise-record 8 HR in the game

2014: Oakland A’s Outfielder Yoenis Cespedes completed 1 of the longest putouts in MLB history with this laser throw from the wall in Left Field to nail Los Angeles Angels 2B Howie Kendrick at home plate after bobbling the ball

1997: Anaheim Angels OF Jim Edmonds made one of his most legendary catches when he ran and dove straight backwards in Center Field

1980: Boston Celtics selected future Hall of Famer Kevin McHale with the 3rd Overall Pick in the 1980 NBA Draft after an all-time trade with the Warriors from the day before

1977: New Orleans Jazz selected Lucy Harris of Delta State in the 7th round of the NBA Draft, becoming the 1st woman to ever be drafted by an NBA team after the selection of Denise Rife in the 13th round of the 1969 draft was voided 8 years prior

1944: Cincinnati Reds RP Joe Nuxhall made his debut at 15 years, 316 days old to become the youngest player in MLB history, a record that still stands today

1921: In just his 4th season off the pitcher’s mound, New York Yankees OF Babe Ruth became MLB’s all-time HR leader with his 120th career homer. Ruth would retire with 714 HR which stood as the record until Hank Aaron surpassed him on April 8, 1974

Imagine a World Free of Plastic: Corona Cleans Up Beaches Around the World