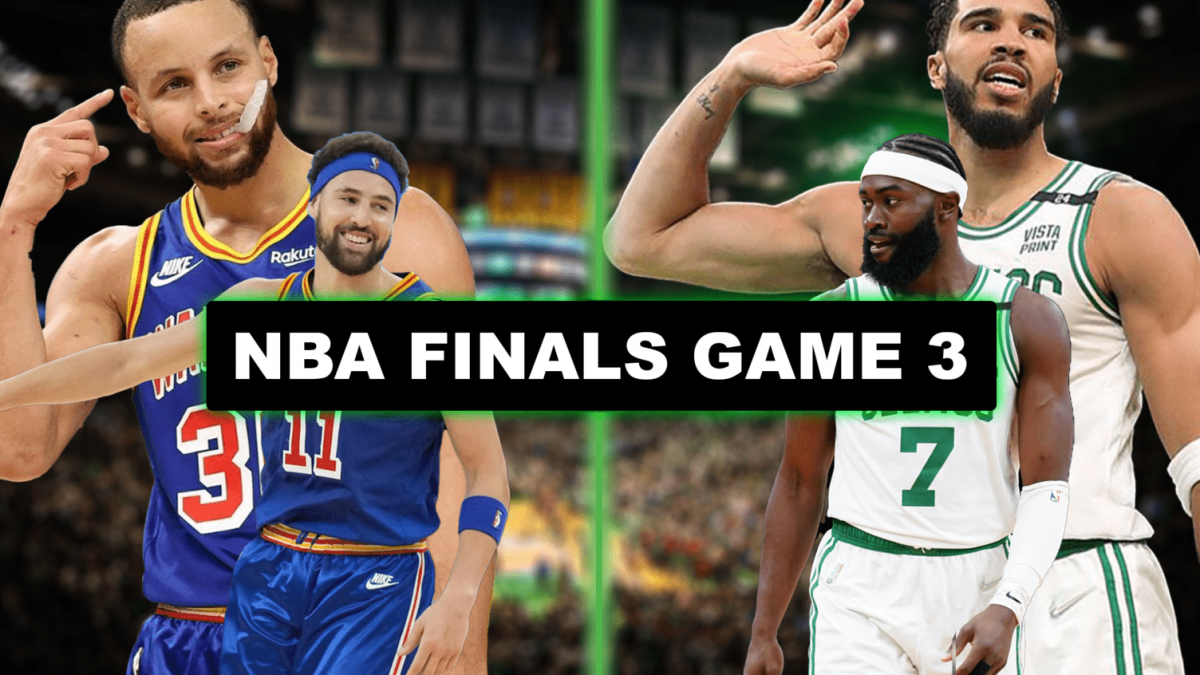 June 8th, 2022 features a pivotal Game 3 as the NBA Finals shifts to Boston after Golden State’s furious third quarter run pushed them past the Celtics to even the series. MLB’s action-packed 15-game slate includes many great matchups including two of the NL’s best concluding their set as Lindor‘s Mets battle Machado‘s Padres. The Rays host St. Louis after Taylor Walls played the unlikely hero for Tampa, while AL division leaders square off with the Yankees facing Minnesota. The Walton-Penner group just purchased the Broncos for a record $4.65B.

See what happened in sports on June 8th last year, headlined by Nikola Jokic becoming the lowest picked player (41st) to ever win NBA MVP after a record-setting campaign, Donovan Mitchell‘s 45-point explosion leading Utah to a Game 1 win over the Clippers, and Joel Embiid‘s playoff career-high 40 points propelling Philly to a 1-1 tie as well as what happened in sports on June 8th, 2020 ft. LaMarcus Aldridge‘s shoulder surgery costing him the rest of 2019-20 and the NFL announcing club facilities would open up to players soon.

Hot
Philadelphia Phillies picked up their 5th straight win since firing Manager Joe Girardi after handing Josh Hader his 1st & 2nd allowed Run of 2022 on back-to-back jacks from Alec Bohm & Matt Vierling in the 9th inning to turn a 2-1 deficit into a 3-2 win at Milwaukee
Hot
Los Angeles Angels fired 2016 World Series-winning Manager (with CHC) Joe Maddon after a 130-148 tenure since 2020 including a 27-29 record during 2022 amidst an 12-game losing streak
Hot
Los Angeles Rams made 3x DPOY Aaron Donald the highest-paid non-QB in NFL history ($31.7M AAV) with a 3y/$95M extension for a $40M raise through 2024 ($65M gtd through 2023)
Hot
Denver Broncos sold for a record $4.5 Billion Dollars as Walmart heir Rob Walton won the bidding in the most expensive team sale in sports history
Hot
Golden State Warriors went off for a 19-2 run to end Q3 that was capped off with big 3’s including Jordan Poole’s legendary halfcourt buzzer-beater as they neutralized Boston’s role players to blowout Boston and even up the NBA Finals 1-1
Hot
Utah Jazz HC Quin Snyder has stepped down from his position as Utah will now look for a new HC immediately
Hot
Pittsburgh Pirates rookie OF Jack Suwinski put the team on his back by lifting the team to a 2-1 victory by hitting a 2-run walk-off HR when trailing 1-0 in the 9th inning against the Arizona Diamondbacks
Hot
Houston Astros agreed to extend DH Yordan Alvarez to a 6y/$115M extension through the 2028 season
Hot
Philadelphia Phillies fired Manager Joe Girardi after 2.5 seasons where he had a 132-141 record including a 22-29 record in 2022 that has Philly 12 GB in the NL East
Hot
Boston Celtics stole NBA Finals Game 1 in Golden State thanks to a 17-0 run in the 4th Qtr as they lit it up from 3 (despite a poor shooting performance from Tatum), and limited the Warriors role players as only Steph Curry (34 PTS; 21 in Q1) had a good game for GSW

What a 9th inning for the @Phillies! 😱

WHAT A WALK OFF IN TAMPA

Down to their last strike, @dt_walls walks it off!

The @warriors are in the midst of a 11-0 run on ABC pic.twitter.com/2qT7pttNwv

Jordan Poole caught fire at the end of Q3 and capped it off with an INCREDIBLE show-stopping buzzer-beater! #ToastedHighlights pic.twitter.com/4WLwTPMEjT

The @warriors had a #DubNation 3rd quarter to tie the series at 1-1!

Check out the @warriors best defensive stops from Game 2 as they held their opponent to 37.5% from the field and forced 18 turnovers! #DubNation pic.twitter.com/CDDPixbXe4

Some memorable plays from Game 2 of the NBA Finals over the years! #NBA75 #NBAVault

WHAT A COMEBACK IN PHI

Hot
Josh Hader recorded the t-most consecutive scoreless GP (40) before allowing 2 HR to Philadelphia on June 7, 2022
Hot
No team has ever made the Playoffs after suffering a losing streak of 12+ games that season in MLB history
Hot
Los Angeles Angels lost the t-most consecutive games (13) by a team that entered the streak above .500 in MLB history, tying the 1985 Cubs
Hot
Marcus Semien is the 1st MLB player with 3+ HR with 7+ Hits or 2+ SB during 1 day since HOF Joe Morgan in 1973
Hot
Jazz Chisholm is the 1st player to hit a Grand Slam on a 3-0 count in Miami Marlins history
Hot
Cincinnati Reds are the 1st team to have rookies (Hunter Greene & Graham Ashcraft) record 6+ IP/0 Runs/0 BB during consecutive games in MLB history
Hot
Los Angeles Rams made 3x DPOY Aaron Donald the highest-paid non-QB in NFL history ($31.7M AAV) with a 3y/$95M extension for a $40M raise through 2024 ($65M gtd through 2023)
Hot
Highest-paid defensive players in the NFL after Aaron Donald’s extension: 1. Aaron Donald ($31.7M), 2. TJ Watt (28M), 3. Joey Bosa ($27M), 4. Myles Garrett ($25M), T5. Khalil Mack & Maxx Crosby ($23.5M)
Hot
Denver Broncos sold for a record $4.5 Billion Dollars as Walmart heir Rob Walton won the bidding in the most expensive team sale in sports history
Hot
Boston Red Sox Starting Pitchers have combined to record the lowest ERA (0.23) over a 6-game span in franchise history

2018: Golden State Warriors completed a sweep of the Cleveland Cavaliers to win their 3rd Championship over the last 4 seasons, playing the Cavs in the Finals for 4 consecutive years (3-1)

2010: Washington Nationals 2009 1st Overall Pick RHP Stephen Strasburg made his MLB debut, striking out 14 batters in 7 innings in 1 of the greatest big-league pitching debuts of all-time

1986: Led by Finals MVP Larry Bird’s triple-double (29/12/11), the Boston Celtics defeated the Houston Rockets in Game 6 to clinch their record 16th NBA Championship (now tied with Lakers at 17). This was Boston’s last Finals victory until 2008

1966: The NFL & AFL agreed to merge for the 1970 season which effectively ended any of the 3 major sports league’s biggest competition since 1st getting established

1921: Babe Ruth was arrested for speeding in New York and jailed until 4 PM. An uniform was brought to him to change into upon release, and he arrived to a 3-2 deficit but helped the New York Yankees rally to a 4-3 victory

Canada: Growing pushback against Trudeau’s clinging to vaccine mandates as others discard them