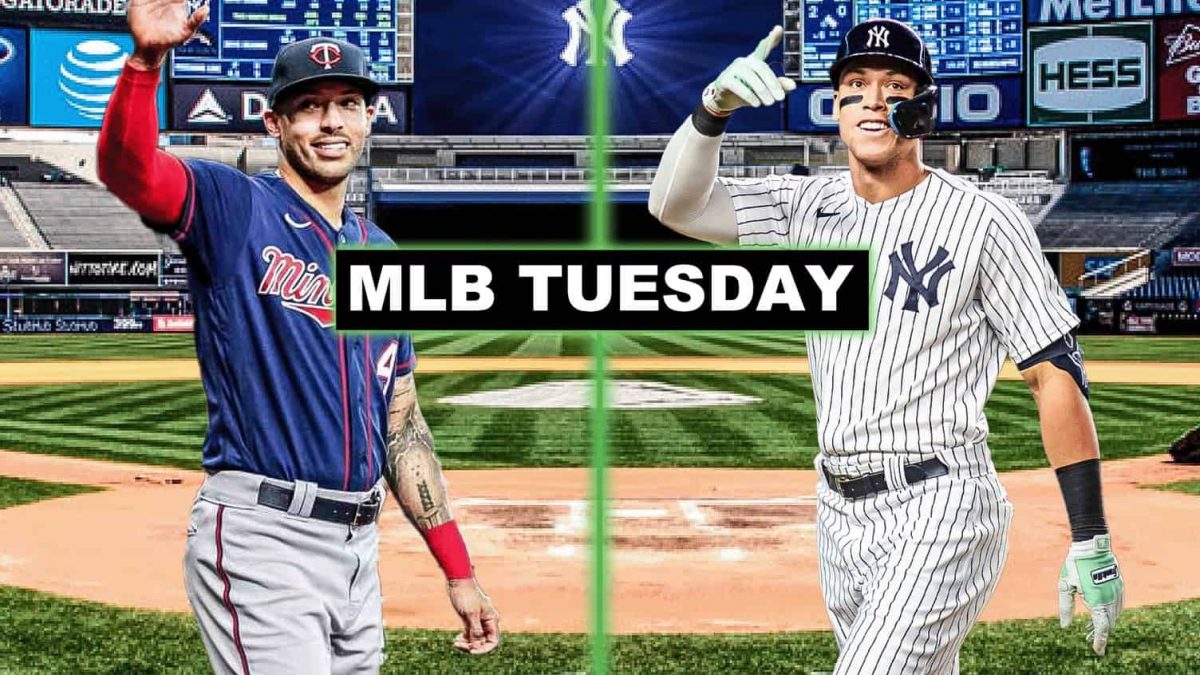 Hot
Zac Gallen recorded the most consecutive starts (6) of 6+ IP & 0 ER in Arizona Diamondbacks history, tied for the most in MLB history
Hot
Chicago White Sox SP Dylan Cease was 1 out away from a no-hitter but the AL batting champ leader Luis Arraez got Minnesota’s only hit with 2 outs in the 9th. Cease still finished with a 1-hit Complete Game shutout
Hot
Bobby Witt became the youngest (22) player to record 20+ HR & 20+ SB in Kansas City Royals history, surpassing Carlos Beltran
Hot
NBA released the top 50 defensive plays from the 2021-22 season with Jrue Holiday’s legendary clutch block on Marcus Smart in the Playoffs getting the No.1 spot
Hot
Spencer Steer had an all-time debut for the Cincinnati Reds, reaching base all 4 times including a HR & 2B that gave him the highest OPS (4.000) during a MLB debut since at least 1900
Hot
Boston Celtics PF Danilo Gallinari was officially diagnosed with a torn ACL while playing for the Italian National Team and will likely miss the entire 2022-23 season
Hot
Arizona Cardinals signed S Jalen Thompson to a 3y/$40M ($24.5M GTD) extension
NFL
Denver Broncos signed 9x Pro Bowl QB Russell Wilson to a 5y/$245M extension with $165M GTD before taking his 1st snap with Denver, making him the 2nd highest-paid QB in the NFL ($49M AAV) behind only Aaron Rodgers
Hot
Cleveland Cavaliers acquired 3x All-Star G Donovan Mitchell from the Utah Jazz for G Collin Sexton (signing a 4y/$72M deal), F/C Lauri Markkanen, G/F Ochai Agbaji, 3 unprotected 1st Rd picks (2025, 2027, & 2029) + pick swaps in 2026 & 2028
Hot
Tennessee Titans Pro Bowl EDGE Harold Landry tore his ACL in practice and will miss the entire 2022 season

WHAT A PLAY BY KC

Off the pitcher's foot, WAY into the air and still out at first? @BwittJr is special. pic.twitter.com/HlTiZUilil

CAVS CAN THROW IT DOWN

The @cavs young core knows how to throw 'em down 🔨#TeamDays pic.twitter.com/7A8NcAE5Rr

The number 🥇 spot on the TOP 50 Defensive Plays of 2021-22:@Jrue_Holiday11's game-winning clamps to end Game 5 of BOS/MIL is one of the most impressive defensive sequences you will ever see! #NBADefenseWeek pic.twitter.com/8b5g9Ht1KT

🤯 Herb Jones' athleticism is out of this 🌎

🃏 Nikola Jokic's reaction time on this game-winning block earn him the #️⃣4️⃣ on the TOP 50 Defensive Plays of 2021-22! #NBADefenseWeek pic.twitter.com/K8iXuoegOT

❌ Marquese Chriss (@quese) met a 7+ footer at the rim to open up the TOP 5 Defensive Plays of 2021-22! #NBADefenseWeek pic.twitter.com/5cIskbpJ6Y

Look at where @Money23Green started from to block this corner 3 👀 #NBADefenseWeek pic.twitter.com/xMA9leZCDg

The countdown begins with 50-41 ⤵ pic.twitter.com/6sB8UCoPnw

Check out the best steals from the 2021-22 SZN for #NBADefenseWeek ⤵ pic.twitter.com/cFABRPZOKc

Defense on an island 🏝

Check out the best 1-on-1 defensive plays from the 2021-22 SZN! #NBADefenseWeek pic.twitter.com/R5WF6oJiuS

It's tough to score on these guys. 😤

The #NBARooks can lock up too!

Check out the best defensive plays by rookies from the last 5 seasons 🔒 #NBADefenseWeek pic.twitter.com/D5rv9bva4T

The Greek Freak knows all about clamping down on defense!

Marcus Smart is a MENACE on defense and his basketball IQ is off the charts!

🔒 @mikal_bridges has been an amazing defender since day 1!

Check out the best defensive plays of his career so far! #NBADefenseWeek pic.twitter.com/TQ17wMakIS

BREW CREW IN THE CLUTCH

Rowdy ties it in the 9th!

Tyrone Taylor comes up clutch in the 10th!

JAKE CAVE CORRALS IT IN

This compilation is a masterpiece pic.twitter.com/txPTaB9W7X

KINGS COME IN THE CLUTCH

2001: San Francisco Giants OF Barry Bonds became the fastest (141 GP) and 5th overall player to ever hit 60 HR during a season in MLB history en route to a MLB record 73 HR that season that still stands today

1998: San Francisco 49ers RB Garrison Hearst went BEAST MODE in OT with a memorable 96-yd GW-TD against the Jets where he broke multiple tackles for a 36-30 victory

Guide to the Most Important Outdoor Equipment