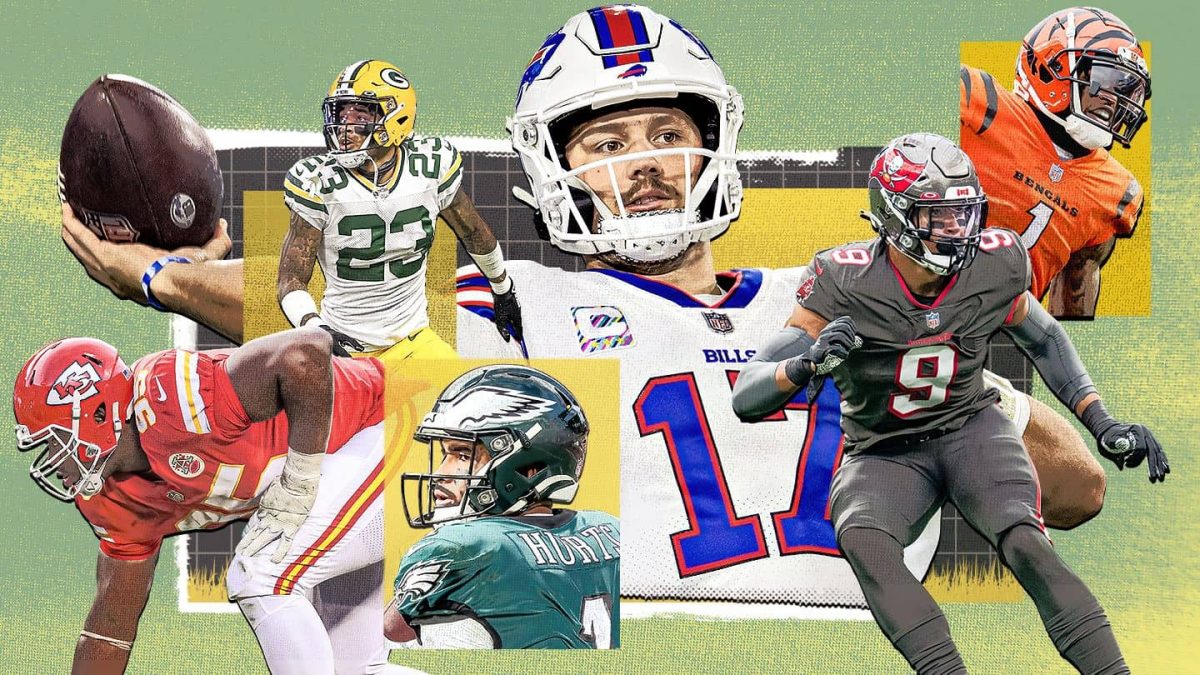 With the NFL squads very much taking shape now ahead of the new campaign, it is only natural for fans and pundits begin to assess who has the best NFL rosters in 2022. In no particular order, the best rosters in the NFL right now and the ones who are probably more likely to climb the football odds throughout the season until the Super Bowl are the following:

Kicking off the best NFL rosters is a Buffalo Bills team that is arguably the pick of the bunch. The Bills look ready to compete for a championship this season courtesy of the stellar play of Josh Allen. Allen has Stefon Diggs right alongside him to ease the way forward and his offensive line is only improving.

Admittedly, the Bills’ defense has been far from perfect but their offense has enough talent to outscore anybody in the league, which makes that less of an issue. On top of that, people can’t forget that this is the same team that just added two-time Super Bowl champion Von Miller to their side as well. Simply put, Buffalo is a great team top to bottom and it’s going to take a huge effort from someone to stop them.

Fans can view the Tampa roster in a few different ways. On one hand, they have lost a decent chunk of talent over the course of the offseason. On the other, they’ve managed to replace the majority of those exits whilst the U-turn from Tom Brady on his retirement, which lasted all of two months, is another welcome boost as they look to attack another Super Bowl head-on.

The Bucs’ offensive line lost a few players but they managed to trade for Shaq Mason to keep them in the conversation of having the best line in the league. They also said goodbye to Ndamukong Suh and Jason Pierre-Paul but acted quickly to bring in Akiem Hicks. The other roster change of note comes from the 106th draft pick Cade Otton. He’s reasonably well thought of but has huge shoes to fill at the tight end position with Rob Gronkowski no longer there. All in all, the Buccs could be in for a great season but question marks remain over their depth.

It’s been quite the dark period for LA Chargers’ fanbase as they haven’t found a way to win across the last few years. This season could be the year where that all changes though because they are building quite the intriguing roster. Leading that roster is Justin Herbert; he is a phenomenal young quarterback with multiple weapons to call upon in the offensive phase of the game.

As for the defense, they’ve experienced issues there previously but have made seemingly smart additions that could put them in contention in 2022. They signed Khalil Mack, JC Jackson, and Sebastian Joseph-Day to now boast one of the league’s most fearsome defenses with Joey Bosa and Derwin James also still around. This is a scary good roster; all they have to do now is prove they can handle the hype of being tipped for big things.

From the LA Chargers, we move to the LA Rams and, of course, we couldn’t talk about the best rosters in the NFL and not touch on the reigning Super Bowl Champions! The roster comes back largely as it was last season with Aaron Donald, Matt Stafford, and Cooper Kupp all still committed to winning back-to-back titles whilst Jalen Ramsey is one of the top cornerbacks in the league, if not the clear-cut CB1.

Some people might point to the likes of Robert Woods, Odell Beckham, and Von Miller having moved on to new pastures but in Allen Robinson, they’ve brought in a man that can replace those wideouts without too much concern whilst Leonard Floyd is capable of filling the Miller-esque hole in the pass rush. Despite the few changes, there doesn’t appear to be much stopping the Rams from repeating their triumph!

Last but not least, let’s show some respect to the Philadelphia Eagles, which can be viewed as somewhat of a wild take. However, when examining their talent, it’s not hard to envision Philly boasting one of the best rosters in the league. Obviously, they have yet to prove themselves but the raw talent is there. Jalen Hurts improved a lot last year and their combination of Offensive Line and Running Backs (plus Hurts) helped lead the NFL in rushing last year by a WIDE margin.

Beyond that, there’s DeVonta Smith and Dallas Goedert who are both emerging as stars while A.J. Brown was brought in via trade during the draft. Their offensive line still features key leaders like Jason Kelce and Lane Johnson. Flipping to the defense, they have a solid defensive line with Fletcher Cox and Brandon Graham and no holes really to speak of, unlike most NFL teams at this time. If Jalen Hurts can put it all together in Year 3, this team has the makings of a dark horse in the NFC.