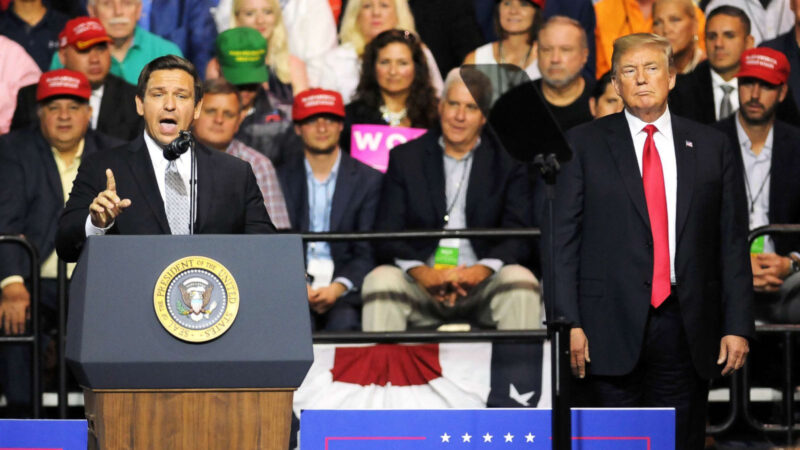 We are now seeing the fallout from Soros’ DA fiasco unraveling in, of all places, San Francisco?!  What is significant about this in regard to the strategy President Trump is employing is akin to “fighting fire with fire.”  Trump is using the tactic of the enemy against the enemy – he’s on offense instead of the usual Republican position of defense.

And he is having some great success that you just know the left is taking notice of in places like Virginia and the nail-biter in New Jersey.  Their Achilles heel being that they always underestimate Trump and his influence in their over eagerness to spit their venom on him.  They literally succumb to their own hatred over what is best for America.  But at least for them, no more “mean tweets”, right?

What is so important about all of this?  When you consider how forcefully everyday Americans have had the cultural rot of _____________ (pick any of the nonsense pushed by the left) put upon them, it is not hard to understand why Trump is such a thorn in their side – he fights back!  More importantly, he is successful when he does! Had he not won in 2016, just imagine how much further down the road to ruin we would be now.  God bless him!

Why is it important that the candidates he endorses win?  He knows who he needs “on his team” in order to win.  Remember how much of his agenda he was able to accomplish in the face of obstruction from both parties (initially), then all of the kabuki theater at taxpayer expense which was only foisted for one purpose- to stop Trump.  Can you just imagine how great America could be again if everyone was working with him instead of against him?  I sure can!

So here in South Carolina, Trump has set his sights on unseating the incumbent Republican impeachment traitors.  On a side note, I was gob smacked when Ambassador Haley reverted to her “politically suicidal” criticism of Trump after 2020.  She was critical of him in 2016 as well and he still chose her to fill an important and (due to her tenacity) impactful role at the UN.  Prior to her 2020 hissy fit, I was tremendously proud of her for how she had handled the cartel that is the United Nations.  Lindsey Graham.  When he’s on, he’s on fire!  But God help me, when he ain’t, he’s infuriating!  So why bring up these two who aren’t currently running to remain in office?  To further illustrate the big picture view of what Trump’s strategy is – ridding the right of the RINOs.  It is just as important to know when not to speak as it is to know what to say and when to say it (Nikki).  Consistency counts a lot more than the desire to be liked by the left.  They hhhate you and what you (are supposed to) stand for (Lindsey).  It’s called being a team player for a reason – you’re on the same team!  You are not as important individually as what we need to accomplish if we are to save our country.  Our sovereignty is literally hanging in the balance with this bunch of clods in charge.

Tom Rice declared that he took an oath to support and defend the Constitution, not a man.  Well, of course you did.  But you’d have to be blind not to be able to see that the man in question is our best hope of preserving the constitution.  Get over yourself.  Sure looks like the voters of District 7 are, with Trump backed candidate, Russell Fry nearly 25 points ahead at the moment.

While Nancy Mace didn’t vote to impeach, she still publicly blamed Trump for putting their lives at risk.  Despite the obviously produced for TV to help the democrats shift the focus from their failure (which has no one from the right (Cheney and Kinzinger are RINO Pelosi puppets) to cross examine.  Remember what I said before regarding Haley and knowing when to and when not to?  Besides, Trump did not get people riled up.  Those who had a duty to ensure the legitimacy of the election simply refused to even look at, let alone direct the FBI to investigate… did nothing.  They are who should be looked into regarding the historical embarrassment of “Jansix”.  President Trump told the crowd, “I know that everyone here will soon be marching over to the Capitol building to peacefully and patriotically make your voices heard today.”  Nancy Mace is currently in the lead, but Trump endorsed Katie Arrington is closing the 6-point gap.  If Nancy manages to pull this out, hopefully, she will remember this when she’s “putting the country first” and recognize that America First is the actual title of Trump’s policy platform, not to mention that he actually was doing just that?  Maybe?!

No Apologies From This Comic, to AOC or Anyone Else