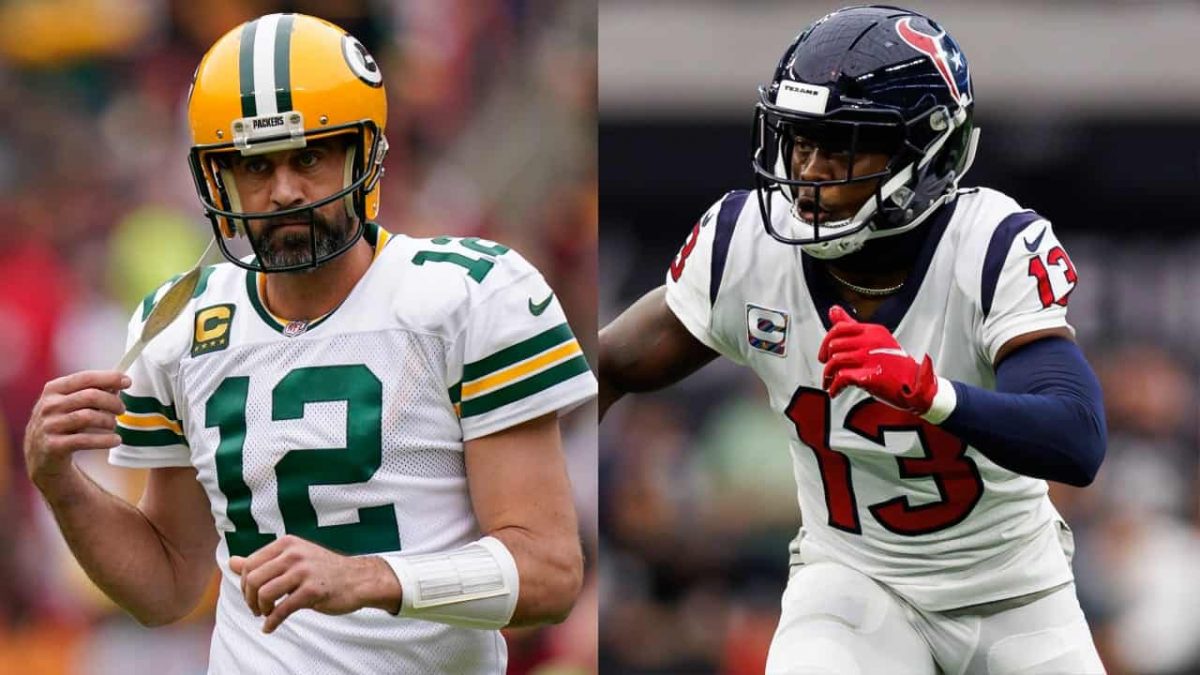 Wide Receiver Options for the Packers

The news that the Green Bay Packers are looking at wide receiver options ahead of the trade deadline on November 1 can be filed under ‘unsurprising’. At 2-1, with three relatively simple games to follow, the Packers seemed to be in a solid position, but consecutive defeats to the Giants, Jets, and Commanders have dramatically changed the situation and left Green Bay off the divisional pace being set by Minnesota.

For NFL fans looking for the best sports bets today, Green Bay has looked like a bad option for a few weeks now, and their odds in all the futures markets have been lengthening by the week. And while their offensive line has been a problem, the attention of potential options is obviously on the Packers wide receiver group following the loss of Davante Adams in the summer.

Injuries and individual errors have hampered the post-Adams era and the Packers are currently ranked 23rd in the NFL for points per game, with just 18.3, which is their lowest number since 1992. Allen Lazard and Romeo Doubs have had their moments, but overall, the performance of the receiver group has not been up to what is expected, and quarterback Aaron Rodgers has been clear that he expects more.

If, as expected, Green Bay make moves to strengthen this position before the trade deadline, which names could they be looking at? Here are six possible additions who could strengthen the Packers.

A first-round 2014 pick, Brandin Cooks has been traded three times in his career, the latest deal coming in 2020 when the Texans gave up a second-round pick to the Rams. Yet despite the disruption, he has been a consistent player for all four of his teams so far, recording 8,198 receiving yards in 125 games.

Another reason why Cooks represents a good deal is that any team trading for him would only take over the remainder of his $1.2m salary, while his 2023 salary of $18m is also taken care of – although not his $13m salary in 2024. The Texans have reportedly received several inquiries about Cooks, although the prospect of playing with Aaron Rodgers would make the Packers an attractive option.

After a 2-5 start, the Carolina Panthers are in disarray and have already fired Matt Rhule and traded Christian McCaffrey. Yet they seem determined to hang on to their young talent. Pass-rusher Brian Burns has already been the subject of an offer that involved two first-round picks, which suggests that the Packers may have a tough time acquiring D.J. Moore.

Moore is a 25-year-old receiver with plenty of upside. Although he has had a poor season so far, prior to this year, he finished with 1,100 yards in three consecutive seasons and he has played 63 games, so is more experienced than you might expect for his age.

Although the Jets are having an excellent season, which has included a famous win at Lambeau Field, wide receiver Elijah Moore has apparently requested a trade. Moore’s issue comes down to a lack of opportunities as a slot receiver, with Garrett Wilson – a 2022 first-round pick – starting in that role. Moore recorded 43 receptions in his rookie year and has been featured in all of the Jets’ games so far.

Moore has plenty of potential and as a bonus, would have a relatively light financial impact. He is under contract through 2024, with a salary of $1.47m in 2023 and $1.8m the following year, so he could represent excellent value for the Packers.

At the other end of the scale, in terms of what they would have to give up to get him, is Chase Claypool of the Pittsburgh Steelers. Matt LaFleur’s offenses have tended to suit the bigger receivers and Claypool would be an excellent fit for Green Bay. At 6’4”, with a 238-pound frame and 1,999 receiving yards despite being only 24, Claypool would be a perfect fit.

The problem could be in persuading the Steelers to trade him. It has been reported that Pittsburgh would be looking for the same level of compensation that the Panthers earned for Christian McCaffrey from the 49ers. That ended up being four draft picks – one each during the second, third, fourth, and fifth rounds. Green Bay is not able to offer that kind of compensation, so it might take some work to make this deal happen.

Guide to the Most Important Outdoor Equipment