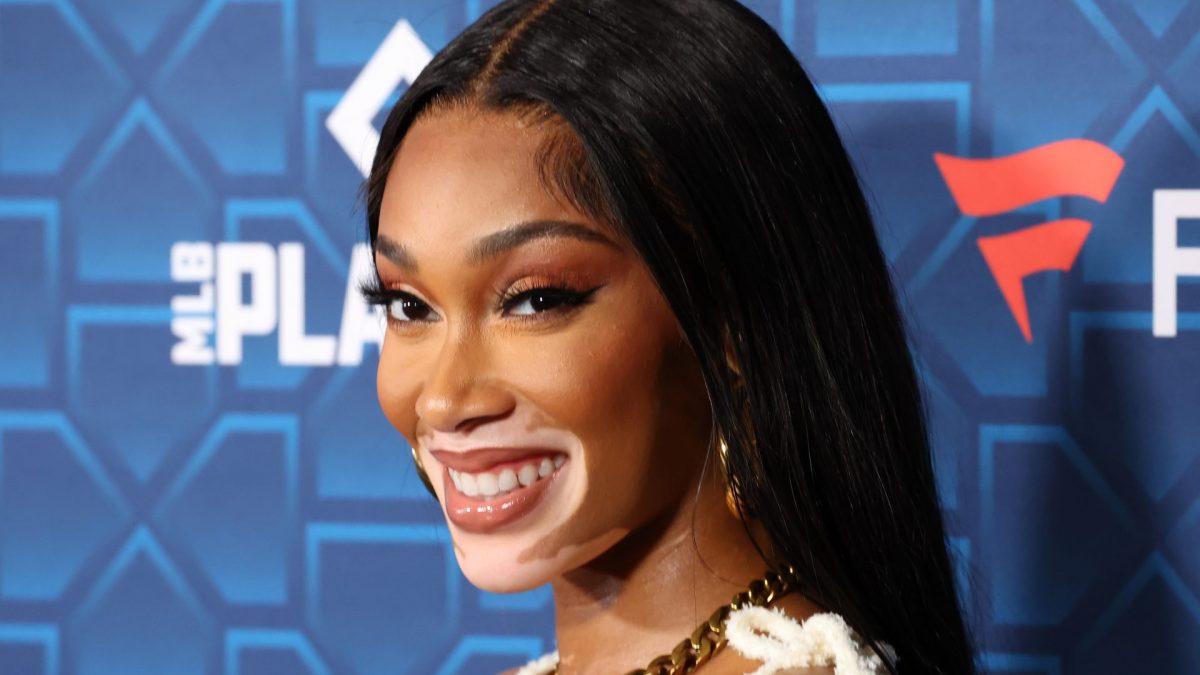 Winnie Harlow has walked the runways of some of the most iconic fashion designers, but in a recent post on social media she let her fans know that it wasn’t always that way, while shouting out Kanye West. In a heartfelt message posted to her Instagram account, Winnie Harlow detailed her NYFW journey and personally thanked Kanye West for believing in her.

Winnie Harlow wrote the following message about her modeling journey:

“You know what’s crazy about this moment? My first fashion week, I had no money and no agency, yet spent my last and flew myself out to NYC in hopes of walking for Kanye’s first Yeezy show. Clearly, I didn’t get it. I didn’t get any show that year, actually. I flew back home and cried in bed. But I never gave up knowing that I wanted to make younger me proud; the younger me that never seen anyone who looked like me. This year, Kanye West walked right up to me to put me in Yeezy. Wow. Blessed. Full circle.”

You’ll recall that Winnie, who initially got her start on the reality competition series ‘America’s Next Top Model,’ has modeled for both Kanye West’s Yeezy brand and also ex-wife Kim Kardashian’s Skims.

All three were on hand for NYFW this year, as Winnie Harlow was photographed by the paparazzi sitting front row at a fashion with Kim and hanging out with Kanye while he was promoting his viral (although not-yet-released) Yeezy shades.